An accident has left Triple Crowner, trail angel, blacksmith, and chainsaw artist Todd Gladfelter paralyzed. Now his family is reaching out for help.

On Nov. 26, 2021, Todd Gladfelter fell from a roof. The fall resulted in three broken vertebrae in his neck and paralysis over much of his body. On Nov. 30, Gladfelter’s niece, Ashely Mikulsky, organized a fundraiser on GoFundMe to help offset the cost of his treatment, recovery, and physical therapy.

As of this writing, the GoFundMe page is nearly three-quarters of the way toward reaching its goal. A little extra attention could make the fundraiser a complete success and take a significant financial weight off Gladfelter and his family.

GearJunkie learned of the fundraiser via the Instagram page of Tom Gathman (aka The Real Hiking Viking). Gathman — a legend in the long-distance backpacking community — made a post asking his followers to help support the fundraiser. He also shared a little about the lives of Gladfelter and his wife, Cindy Ross. 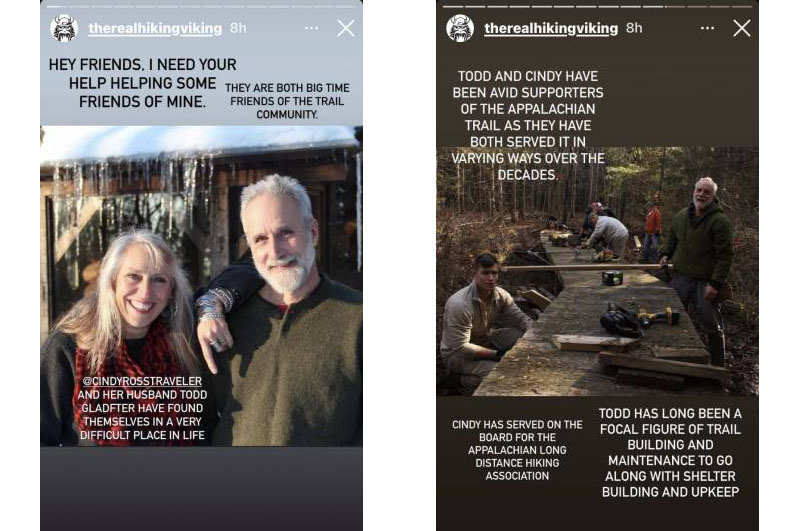 According to Gathman, Gladfelter and Ross took him in for a few weeks prior to Gathman’s first thru-hike of the Appalachian Trail, giving him a good start toward becoming one of the world’s few professional backpackers.

“They took me in … as a complete stranger and celebrated my 30th birthday with me, complete with homemade cake,” Gathman wrote.

Ross is an accomplished writer, and Gladfelter is a chainsaw sculptor and metalworker. Both have achieved the hallowed Triple Crown designation by hiking all three of America’s premier long-distance trails (Appalachian Trail, Continental Divide Trail, and Pacific Crest Trail). The duo adventures regularly together and also finds time for extensive volunteer work in the Appalachian Trail community.

The GoFundMe page has more personal details shared by Ashley Mikulsky. She paints a portrait of a man blessed with deeply held kindness and an unquenchable desire to do good things for people in the woods. 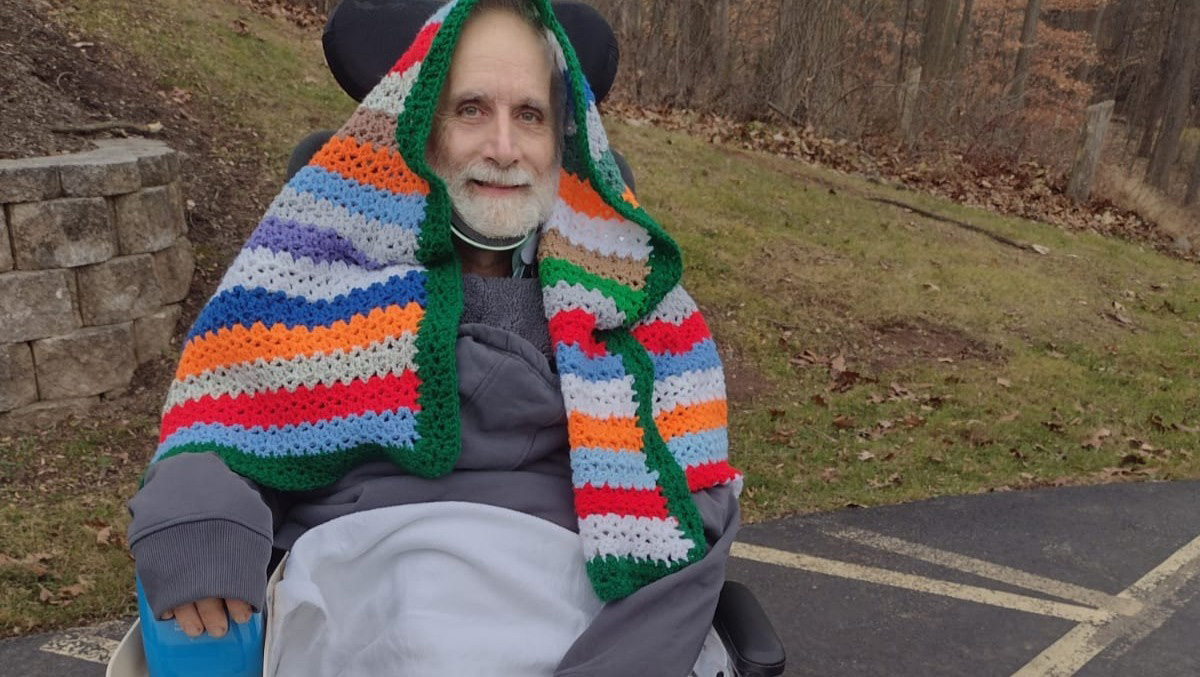 Should you feel inspired to donate, head over to the GoFundMe page to learn more.

An update posted to the GoFundMe page yesterday by Sierra Gladfelter (Todd Gladfelter’s daughter) indicates that Todd has been transferred to a rehab facility, where the first tasks in his difficult forward journey await.

In his Instagram posts, Gathman points out that Gladfelter’s physical recovery is only part of the equation. Such a drastic injury is mentally traumatic as well — perhaps especially for someone used to creating with his hands. Gathman also suggests sending encouraging letters to Gladfelter at 86 Red Mountain Ln., New Ringgold, PA 17960.