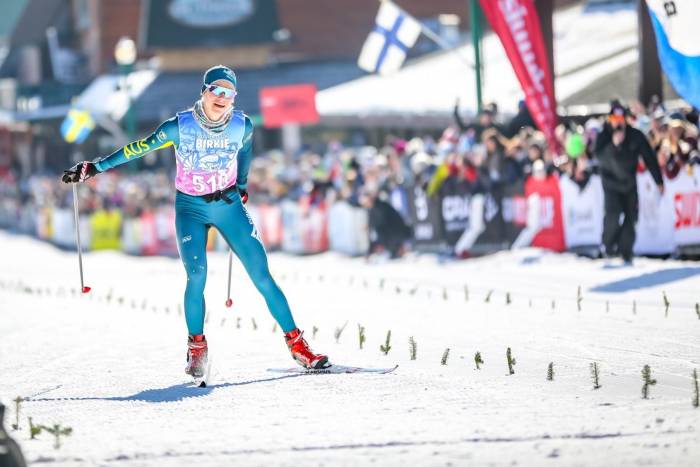 The route is brand new to the area and has a grueling 11,000 m of ascent. Wilcox’s goal for the route was 48 hours; she completed it in 39. Read the full story here.

The last winter ascent of the mountain was back in 1993. Two other teams — one from Germany and one from Spain — are also now on Everest. Read more here.

Four veteran Sherpa climbers left on Monday for Mount Everest on a mission to climb the world’s highest mountain in five days from the Nepali side – https://t.co/WMmcHqzd7J

HOT: Hottest Month on Record Is Now Affecting Ski Resorts. The Le Mourtis resort in the Pyrenees mountains has almost no snow due to it being one of the warmest winters in over a century. Other resorts are having similar trouble with the warmer temperatures affecting their mountains and tourism. Read more.

ROCKET: Daredevil Mike Hughes Killed by Own Homemade Rocket. “Mad” Mike Hughes died after launching himself out of a homemade rocket on Saturday. He was known for building and flying manned steam rockets. Read more here.

RESCUE: Hiking Couple Found Alive After Weeks in Woods. What started as a short Valentine’s Day hike for a 70-year-old couple turned into a week-long survival situation. The couple, Carol Kiparsky and Ian Irwin, lost their way outside their vacation cottage.

They had been missing so long that authorities had switched the case from search mode to recovery. But the recovery crew found them alive. Read more here.

Update from Carol Kiparsky and Ian Irwin. They are in great spirits and want to thank every single person who has kept them in their thoughts.

On behalf of the Irwin and Kiparsky family, Thank You. pic.twitter.com/t3OS6rgas7