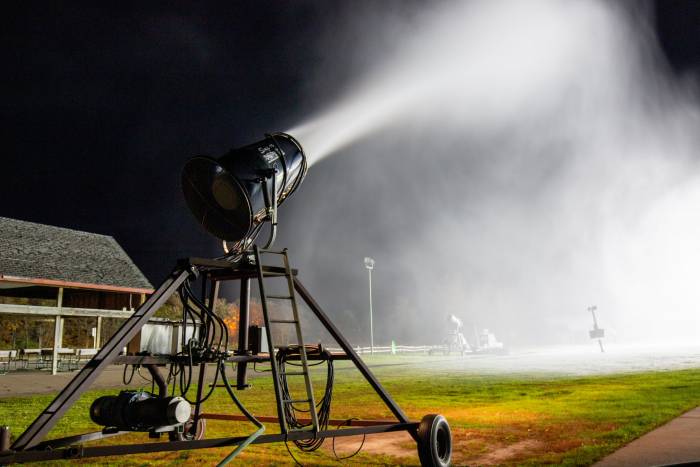 Minnesota’s Wild Mountain got a very early start on ski season this year, opening on Oct. 18 — its second-earliest opening of all time. Who’s going to be next?

There are bragging rights that come with that. Every year, the race to open first gets more heated; resorts like Keystone and Arapahoe Basin avoid posting hard opening dates on their websites anymore.

If one of them does, its competitor is apt to quietly kick its snowmaking into high gear overnight and swoop in and beat the other mountain open. It happened in 2019 and it’s bound to happen again.

Now, those mountains keep that kind of beta hush-hush and close to their chests. Last year, Wolf Creek and A-Basin were the first, opening simultaneously on Oct. 17. 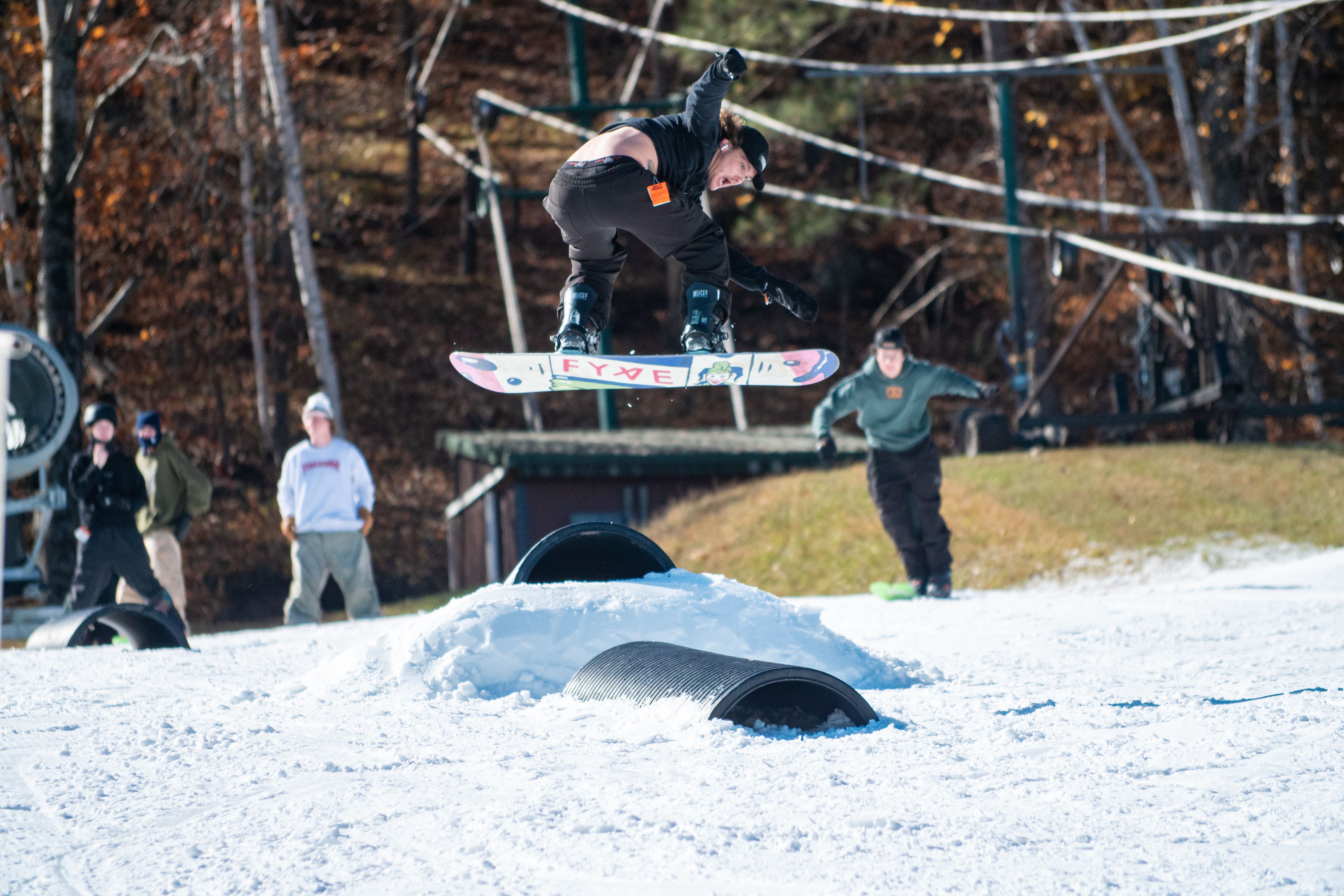 This year, Colorado’s ski areas didn’t even have a chance to claim the title of “First Open.” Wild Mountain up in Minnesota saw its opportunity in a cold front moving over them and took it. That swift action paid off.

“Our snowmaking team hustled the last two nights, and successfully made enough snow for us to open.” The ski area wrote in a post on its website titled, “Here. We. Go.”

With an annual average snowfall of 50 inches per year, the ski area isn’t usually setting records for bottomless pow. But that’s probably why it made moves to set a record this year and open before anyone else in North America.

“Our snow base is limited, so we aren’t sure how long we’ll be able to remain open with the current conditions … so, get in your car and get up here!”

Snow forecasts should always be taken with a grain of salt. They’re never exactly, spot-on-the-money accurate, and if you get too hopeful about a big snow season that’s been projected, you’re setting yourself up to be disappointed. Things change, and the weather changes faster and more dramatically than most.

That being said, snow forecasts are made using high-tech scientific tools and equipment, by climatologists and meteorologists who’ve been trained to make predictions based on computer models and weather patterns like El Niño and La Niña. Their divinations are the best gauges we’ve got for seeing into the snowy (or snow-less) future.

And according to them, this looks like it’s going to be a good season. At least, for some parts of the country.

Thanks to what the scientists are calling a “triple-dip La Niña” this season should be an abundant one for mountains across the Pacific Northwest and the Rockies.

This is the third year in a row we’ve had a La Niña (which refers to cooler sea-surface temperatures across the east-central equatorial Pacific). By all measures, that should dump a lot of snow on Colorado, Montana, Wyoming, Idaho, Washington, and Oregon’s ski areas.

However, scientists from AccuWeather, which publishes one of the most anticipated weather forecasts every winter, are qualifying their hopeful forecasts.

No two La Niñas are the same, he explains. Random events like the catastrophic eruption of the Hunga Ha’apai volcano in the Pacific Ocean earlier in 2022 can throw things way out of whack.

Still, Pastelok and his team were confident enough in their prognostications, to predict a good and snowy early season for the Rockies and Pacific Northwest.

However, the forecast for the Southwest and Pacific West was not as hopeful. For most of Arizona, New Mexico, and California’s ski resorts, this will more than likely be a very mild winter. The best chance for winter precipitation in those regions will be in January and February, according to the AccuWeather report.

No ski mountains have opened yet for 2022/23 anywhere else besides Wild Mountain. And it may be a while yet before any of them can. A-Basin and Keystone had hopeful start dates in mid-October.

But that’s starting to look more like early November at this point. No doubt, they’ll still be pushing to beat one another open regardless of the fact that neither one was first this year.

Nevertheless, ski season is here, ladies and gentlemen. Wild Mountain kicked it off and if AccuWeather’s predictions are accurate, we could be staring down the barrel of a pretty decent season.

So keep those snow dances going. 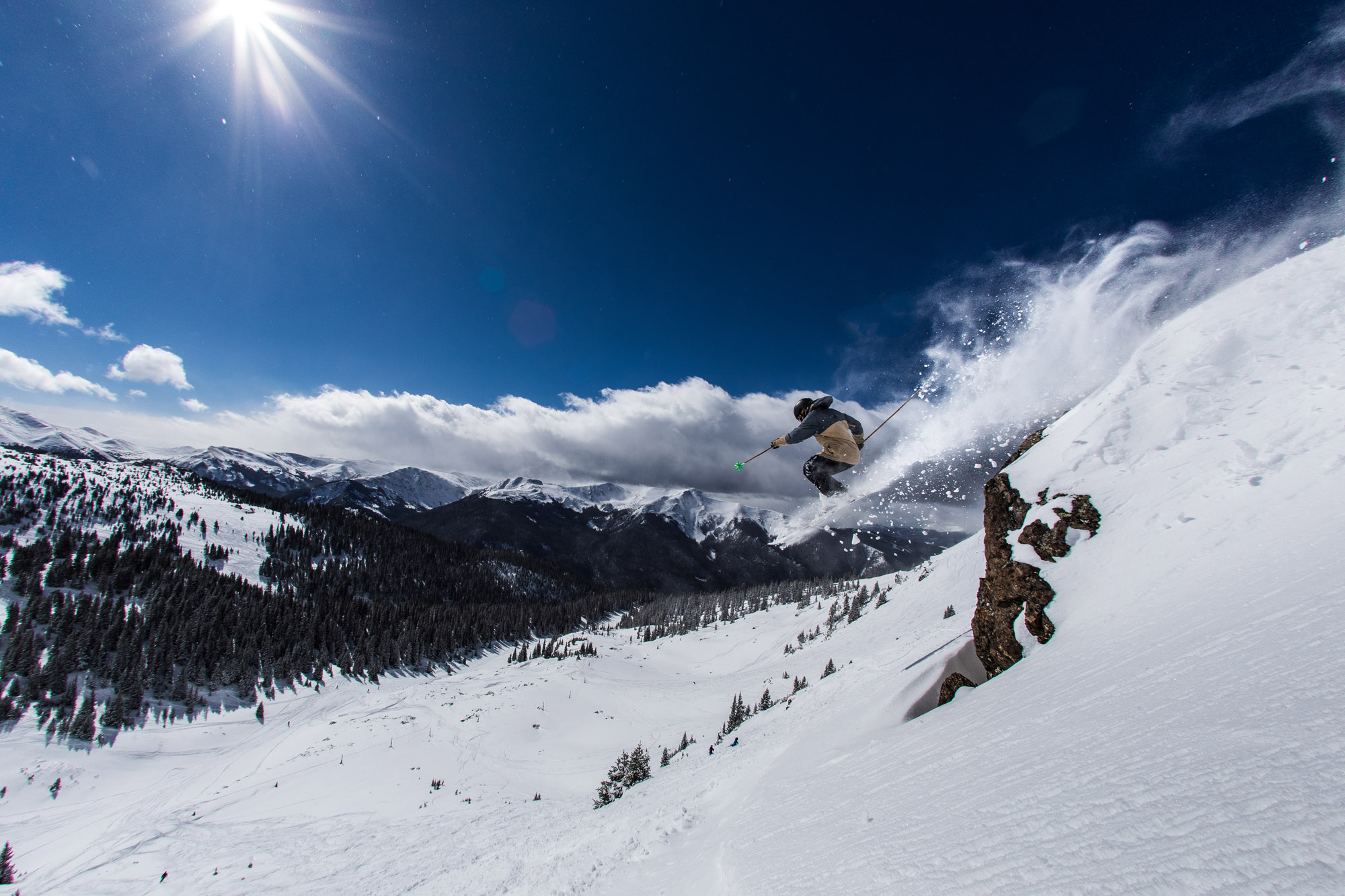 The race to be the first resort to open gets a little more thrilling — and competitive — each year. Read more…