YETI coolers are notoriously big and burly. But with the addition of wheels, the brand hopes to make them easier to ‘haul.’ 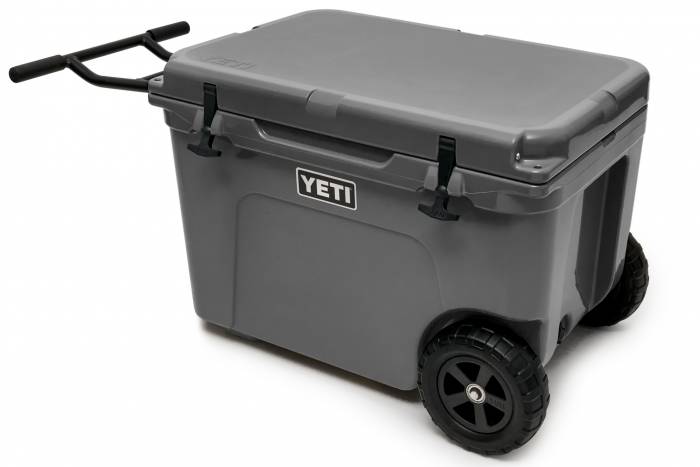 About a decade ago, the Tundra launched the YETI brand into the public eye. The rotomolded hard-side cooler proved formidably tough and adept at maintaining ice for days. 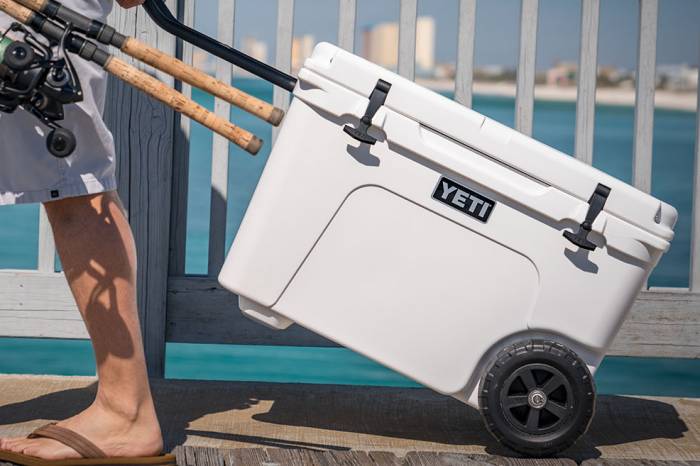 And the only seeming drawback – its unwieldy bulk – became a hallmark of the YETI brand’s quality. But this month, the Austin-based cooler manufacturer announced a more mobile version of its iconic hard-side Tundra, the Tundra Haul. With two wheels and a handlebar, the Haul aims to make it easier to move a cooler loaded with 55 pounds of ice. 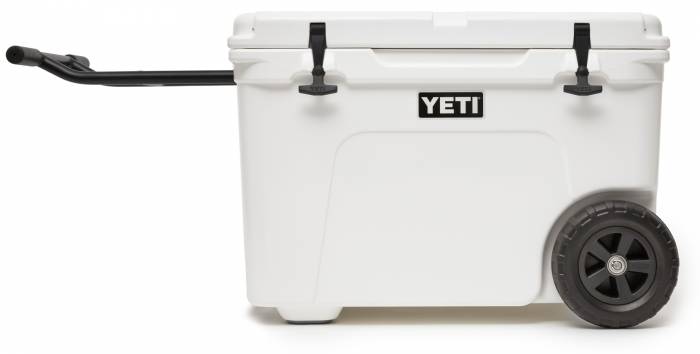 At launch, the Haul will come in one size – either 45 cans or 55 pounds of ice. The $400 Haul will launch online at YETI.com in July and at other retailers in September. 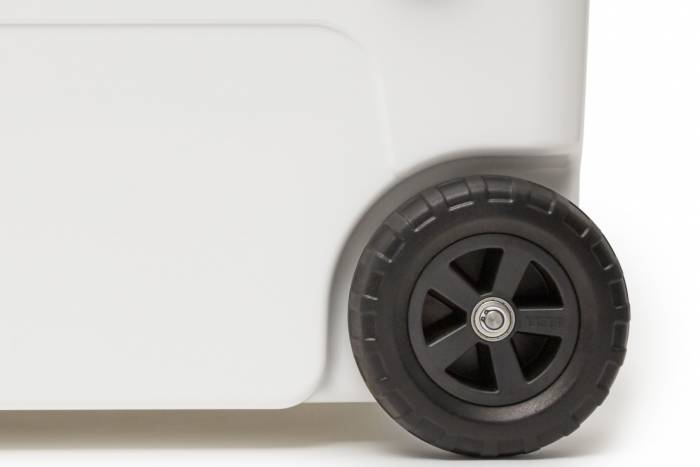 The Haul sports the same insulation and rotomolded construction as the old Tundra, with a few new design features. Obviously, the wheels are the biggie. They’re made of single-piece hard polyurethane YETI claims “will never go flat.” 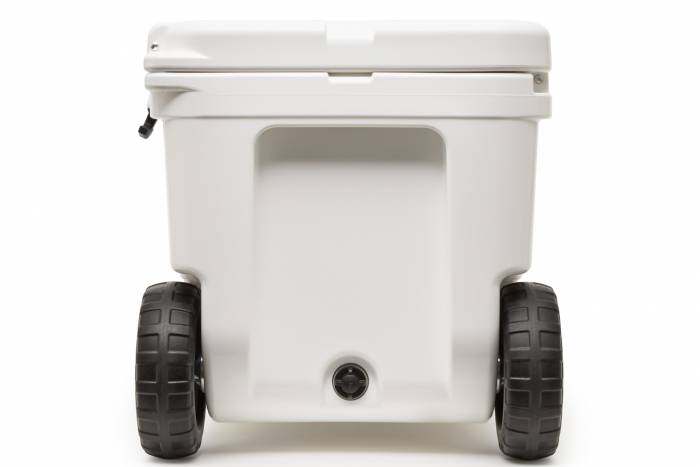 The handlebar is wide and 100 percent aluminum. You won’t bang your heels into the cooler while you walk. And the drain plug moves to the end of the cooler behind the wheels, so you can lift the bar and drain excess melt. 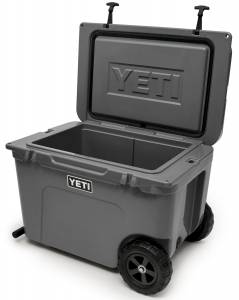 Also, the Haul receives some capacity tweaks. It’s a little bigger than the Tundra 65, holding 45 cans/55 pounds of ice versus the 65’s 42 cans/52 pounds of ice. But most notably, YETI bumped out the Haul’s width to even the load on both wheels and upped the height (19.75 inches external) to accommodate a bottle of wine.

The Haul also receives a new color from the brand, charcoal gray. Sign up to receive a notification when the Tundra Haul officially goes on sale in July at YETI.com. We’ll get our hands on one and try out the new features as well. Stay tuned.