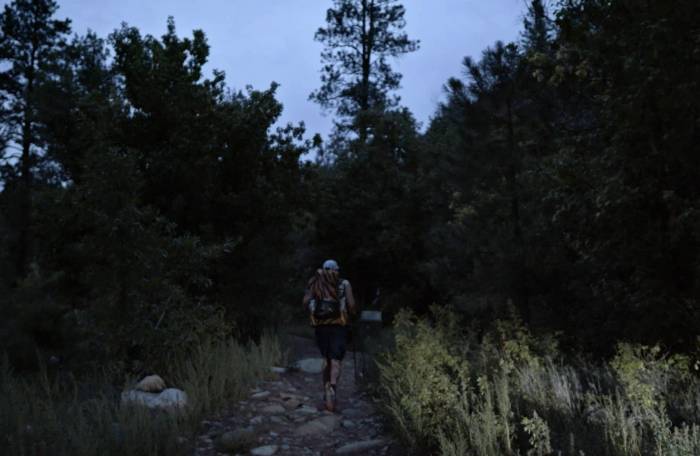 Jeff Garmire sets out on the Colorado Trail; (photo/Free Outside Film)

Jeff Garmire holds the Colorado Trail’s unsupported Fastest Known Time — and now, you can come along for the ride.

In the early fall of 2020, a tiger could be found prowling in the shadows of the famed Rocky Mountains. The fierce feline spent day and night tracking the scent of an elusive goal — the Colorado Trail’s Fastest Known Time (FKT). The tiger’s name was Jeff Garmire.

A Fastest Known Time (FKT) aficionado, Garmire (trail name “Legend”), sets his records in style. That is, wearing a tiger sweatshirt. Just chatting briefly with Garmire, you get a sense of his seriousness and also his silliness.

“What I really like doing is finding something I haven’t done before, just to have a new adventure,” said Garmire. “I don’t really love routine and monotony.”

Garmire’s trail journey all started with a busted external frame backpack and the Pacific Crest Trail back in 2011. Since then, he’s completed a dizzying array of feats, including the calendar year triple crown (AT, PCT, CDT in one year), The Great Western Loop, all of Colorado’s 58 14ers, the Cocodona 250, as well as attempted the Barkley Marathons.

In 2020, Garmire broke the unsupported Colorado Trail record in the West-to-East direction. He walked the trail (486 miles long) in 9 days, 8 hours, and 18 minutes. But it wasn’t just a record that was set. A camera crew was also there to capture the whole endeavor.

The film, Free Outside, premiered in Denver this past month. It’s a dive into the messy world that is unsupported backpacking and record-setting.

‘Free Outside’: The Trickiness of Filming an FKT 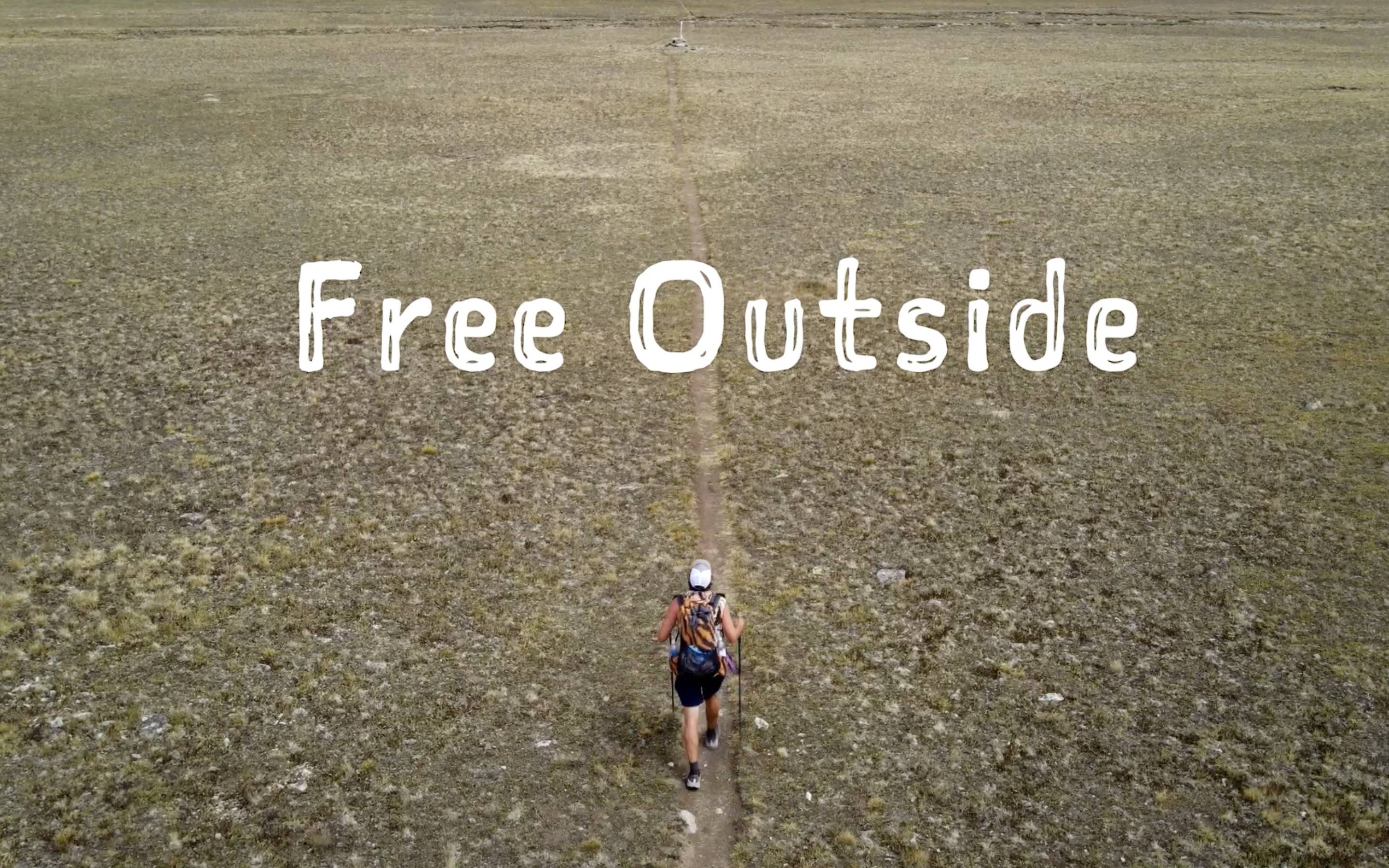 According to the FKT guidelines, “unsupported means you truly have no external support of any kind. This means you carry everything you need from start to finish except water from natural sources.”

So, Garmire would have to hike the full 500 miles without any resupplies and without any contact from friends and family.

“I just remember the high highs and lows of the hunger pains,” said Garmire of his Colorado Trail record. “It’s not a linear progression, both through the trail with speed and also with calories and all that. It was a lot of learning overall through a number of those experiences.”

Garmire would go several days battling altitude sickness and a finicky stomach, only to burn through his rations at lower elevation. Ultimately, he completely ran out of food 24 hours before his finish.

“As far as unsupported FKTs go, 500 miles on the Colorado trail is getting towards the upper limits of how far you would want to go on an unsupported record just based on how much you can carry,” said Dylan Harris, the director of Free Outside.

For the unfamiliar, the Colorado Trail is a challenging route with punishing climbs and often harsh alpine conditions. From Durango to Denver (or vice versa), it’s a feat to complete the whole trail. It’s even more of a challenge at speed and without resupplies. (Fun fact: the first speed record on the CT was in 1988 and took about 17 days.)

“Not only do you have to run fast or hike fast, but you also have to take care of yourself in all these other different ways, including logistics,” said Austin Breunig, logistics coordinator for Free Outside.

In Free Outside, you get the full array of the struggles Jeff Garmire encounters. There’s a lot of honesty in the ick factor of FKT record-setting in the documentary. So prepare for footage of barfing, gagging, volcanoeing blisters, and flatulence.

But aside from the physical torment, Free Outside introduces a whole new side to FKT record-setting, namely, what a film crew has to do to keep up with someone like Garmire.

There were “two different worlds that were going on at the same time in parallel,” said Breunig. “First and foremost, we were trying to protect his FKT attempt… we had no second chance to get the shot, and so that made it really difficult. And I think that put a lot of stress on everybody to make sure that we had our shit together.”

The film crew was careful to keep their distance. FKT regulations forbade them from talking with Garmire at all. So they used a Spot Tracker to keep tabs on his whereabouts. Once they entered zones without cell service (which were frequent), the team was at the whim of waiting.

Breunig, Harris, and other members of the crew would often run miles into the backcountry to intercept Garmire at a distance, flying drones to scout his location. Other segments of the documentary are filmed by Garmire himself, using a DJI Ozmo stabilizer.

“You just look at what [Jeff] went through in this record, and I mean, you couldn’t really necessarily 100% rely on him to tell the story, especially as it went on. You needed to show the emotional involvement of the crew,” said Harris.

A majority of the segments in Free Outside are what you would expect would be running through the brain of an FKTer like Garmire: hurting feet, hallucinations, and more hurting feet.

But there are also the details of the grueling efforts made by members of the crew: long nights, aching muscles, and sprints up mountains for the perfect shot. Having a secondary way to put the endeavor into focus is what made this film. There were flat tires and tight quarters. There were hours spent worrying and waiting to know more about Garmire’s progress.

As the days went on, the crew was actively watching Garmire deteriorate, with no ability to help him.

“It was an emotional rollercoaster,” said Bruenig.

And that’s why there are few unsupported FKT films out there, and even fewer made with a full film crew.

“There’s so many trail running films and supported FKT films. I think we could shed light and show this other way of adventuring,” said Garmire.

Previous unsupported FKT films are mostly strings of GoPro segments. However, those neglect to include cinematics like in Free Outside — think drone footage and behind-the-scenes extras. So what you get from Free Outside is more than a YouTube segment. It’s an exploration of the creative and physical struggles of storytelling.

Want to see it for yourself? Free Outside has screenings coming up all over the U.S., including:

A twist? A film like Free Outside can’t be made again. At least, not if the participant wants their record to count. In 2021, the FKT rules changed, categorizing film crews (even operating at a distance) as “support.”

“We have been going back and forth a lot about ‘what do you consider support?’” said Allison Mercer, Director of Communications Partnerships at FKT. “Ultimately, the FKT team has decided that family and friends, and now film crews, constitute a ‘moral boost.'”

The crew filmed Free Outside before the FKT rule change was made. So Garmire was able to keep his record title (which stands to this day). Though, members of the team have their opinions.

“I don’t think [this rule] is going to stop people from making these types of films,” Breunig said. “And I think the act of rebelling against that rule will hopefully make some sort of paradigm shift.”

What’s Next for Jeff ‘Legend’ Garmire

Film or not, Garmire is still putting feet to dirt.

So far, Garmire has backpacked more than 30,000 miles. But in between, he rides his unicycle and runs 5Ks in crocs or while pushing a fake watermelon baby. Venture over to his website, and you’ll find a gear list with jokes sprinkled throughout (like packing a cast iron skillet on a thru-hike). His style is silly and outwardly unserious for an athlete of his caliber.

“Nothing’s really off limits,” said Harris. “He’s got big goals, and he is doing them constantly.” 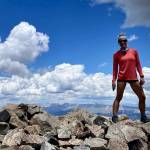 Record Broken: One of the Hardest FKTs in the US

Sansone crushed the women's supported Nolan's 14 FKT on Sept. 10-12, dropping the time from nearly 49 hours to under 46. Read more… 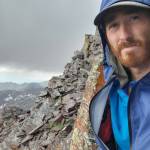 In July, Dan Hobbs was full-on running around the state of Colorado, trying to summit all 58 14,000-foot peaks in under a month. He did it in 2 weeks. Read more…