BioLite says its first headlamp gives users a unique experience thanks to its superlight, comfortable design. We put it to the test and found it a capable camp companion. 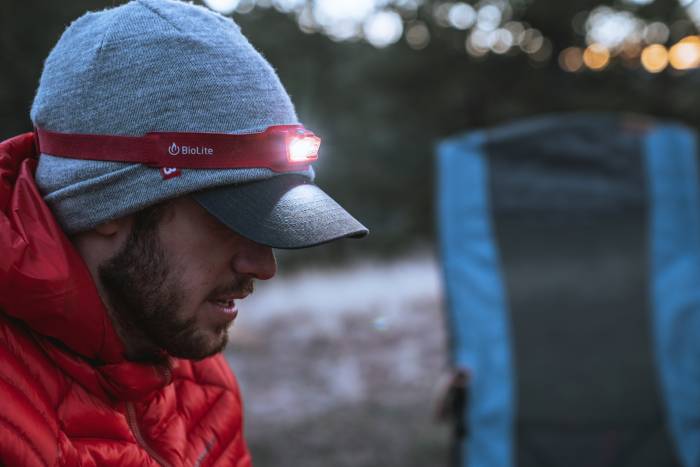 BioLite is known for clever design. The brand launched on camp cookstoves that create electricity to charge devices, and it later expanded into clever camp lighting solutions. It recently launched its first wearable product, a headlamp simply called “HeadLamp.” We’ve been testing these out since fall and have come to like many aspects of this capable, very comfortable little light.

First of all, the price is great. The HeadLamp costs $50. At that price, you get a rechargeable battery and powerful LED that kicks out up to 330 lumens. That’s no light cannon, but it’s definitely enough light for most activities up to trail-running speed. And around campsites, the broad throw is really nice.

The battery, while not huge, is sufficient for most weeklong trips without recharging. It will burn for 3.5 hours at full power brightness or up to 40 hours on low. For most camp use, lower power is plenty and results in infrequent charging. 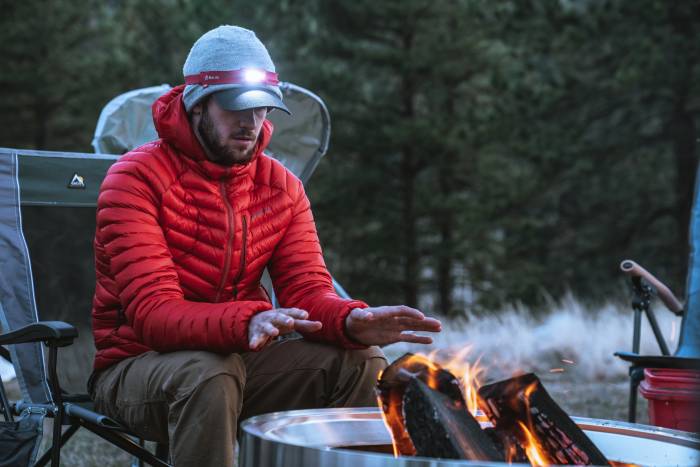 The HeadLamp has four functions: a white spotlight, red and white floodlights, and a strobe light. For those who really love red lights, it’s one of the better reds we’ve used. It has quite a bit of power in red but is also dimmable down to a weak beam. It’s very versatile and lets you walk trails at night without ruining your night vision.

The strobe feature? Well, like most strobes on headlamps, it’s annoying, and you’ll scroll past it 99.9 percent of the time. We suppose it could come in handy in an emergency but have never used a strobe in this way out of our entire staff of a dozen people.

But where the brand stands out from the crowd is its comfortable design and balanced weight. By integrating its electronic components into the soft 3D SlimFit fabric of the headlamp, BioLite created a light that wears more like a sweatband. 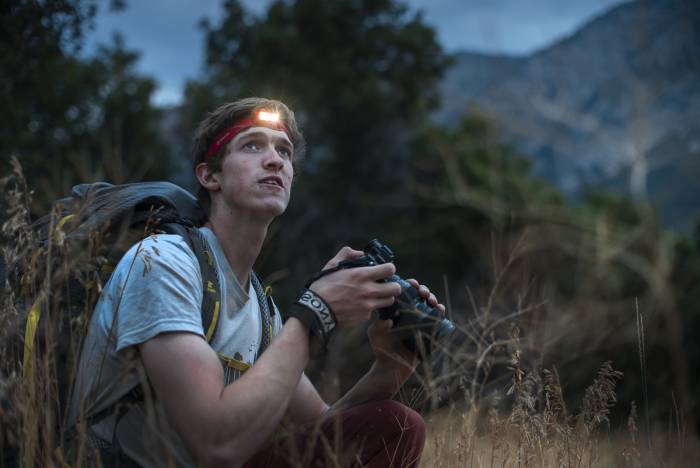 The design is really comfortable but does require some getting used to. We’ve often put the headlamp on backward, expecting the heavier battery to go on the front!

We used the HeadLamp for months, and the model works great for hikers, campers, and backpackers. It fits well and weighs almost nothing at 2.4 ounces. When sitting at tables, the lamp angles downward well to illuminate dinner. It also lights up trails sufficiently for quick walks at night.

The dimming function works well, allowing you to power down the light by pressing and holding the on/off button. Right by that button, there is a small knob that allows you to adjust the direction of the light up and down so you don’t temporarily blind fellow campers.

It’s very comfortable for extended wear. And guess what? No bounce! 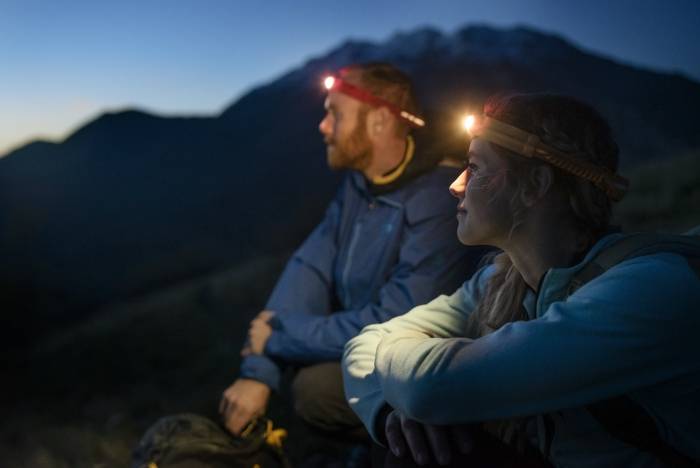 While we do really like the light for a lot of uses, it does have some downsides.

First, the small button is a little hard to press. It’s almost impossible to use with gloved hands. We’ve found you have to push it multiple times to get the light on or off. It’s not a big deal, but a minor annoyance.

Next, one of our testers noted that the battery seems sensitive to cold. Using the headlamp in cold winter weather, the light died pretty quickly while he was trail running. An important note, the model he tested was a pre-production HeadLamp, so that may have impacted the performance in colder weather.

Finally, it doesn’t have a very long throw. While the light is very bright, it doesn’t project particularly far. For most uses, this is completely fine. But this isn’t a great light for riding bikes or other high-speed pursuits at night.

For the vast majority of camp or backpack-oriented uses, however, this is a great little headlamp. It’s well-made and robust, and in dozens of testing days, we’ve yet to have one fail.

For those looking for a light, comfortable headlamp for camping or hiking, this is a solid choice from a cool brand. It fits well, stays comfortably on the head, and will light up the night.

Up Next: The Klettersack Is Back! Wilderness Experience Relaunches 1974 Crag Pack