The overpopulation of bison in Grand Canyon National Park is threatening delicate ecosystems. Here’s what park officials are doing to mitigate the damage.

When conjuring up images of the Grand Canyon, it’s not typically the visage of a bison that comes to mind. And yet, Grand Canyon National Park is currently well past carrying capacity for bison on the sparse high-desert landscape of the Kaibab Plateau.

Currently, 300-500 bison make up the park’s herd. But the landscape can only support about 200 animals. And with a new volunteer program, the park hopes to remove 12 animals from the land.

But nonlethal methods are also being used to manage bison numbers. And if this sounds familiar, mitigating herd numbers in Yellowstone National Park via both lethal and nonlethal methods in conjunction with tribal support is a norm for the large herd up north.

It’s important to note that this volunteer effort is not classified as a hunt. The government is not issuing tags for it, and it isn’t a typical hunt lottery. Volunteers will be officially connected with, recognized by, and trained through the National Park Service.

Hunting is illegal in national parks, but in certain cases, this makes controlling wildlife numbers a more precarious and difficult endeavor.

It’s important to take a step back and see the overall picture of what it means when a species outgrows its habitat.

In this case, the bison have historically been a part of the landscape for thousands of years. After near extinction, a bison herd was relocated to Arizona in 1927.

This herd now exists as part of the national park system. But, with its continued success, the large herd is now migrating into landscapes where bison historically didn’t exist.

This affects both flora and fauna, and the bison are damaging archaeological and cultural sites within the park as well.

“The herds trample through archeological sites causing damage to artifacts and cultural features found on the surface and buried underground,” reads the NPS website. “This is apparent in the wallows and bison trails surrounding and within survey sites.”

Native vegetation decimation, contaminating water sources with E. coli, compacting delicate desert soils, and more are putting strains on both the park and the communities it serves.

How the Tribes Are Connected

There are currently 11 tribes traditionally and formally associated with Grand Canyon National Park. And their input is tantamount to the management of the bison herd.

Since 2019, 88 bison have been captured and relocated to five tribes to augment their herds and support their communities. Live capture and relocation will continue into the fall of 2021.

“Bison are an important cultural and traditional use resource to many tribes, and tribal partners have requested access to bison meat, hides, and animal parts for traditional purposes,” Olsen said.

“The park is also organizing lethal removal of bison with the tribes to begin in 2022. This effort to reduce bison to a more manageable herd size is supported via consultation with the public and traditionally associated tribes as well in the 2017 Environmental Assessment conducted by NPS, the State of Arizona, and the U.S. Forest Service.”

Tribal members are also encouraged to apply for the volunteer program.

What the Volunteers Will Do 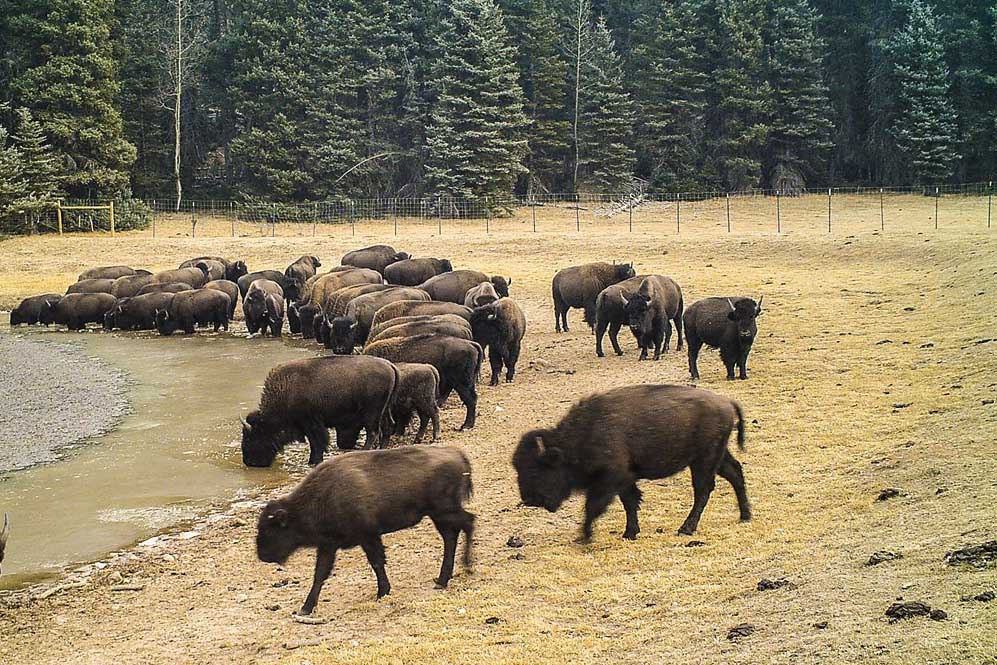 Officials will select 25 volunteers from an application pool. Each will have to perform a series of tests to qualify, and the 12 most qualified individuals will be chosen for bison removal.

“Skilled volunteers may share with Support Volunteers,” she continued. “Carcass distribution will not exceed one bison per volunteer team. Any parts not desired by volunteers will be transferred to the tribal governments of GCNP’s 11 traditionally associated tribes.”

Through this limited volunteer program, the animals can be both managed and utilized in full as food and ceremonial connection for Indigenous communities.

Up Next: Meet the Redfish: How and Where to Catch a Red Drum

Saving…
Meet the Redfish: How and Where to Catch a Red Drum
Light & Breezy Desert Hiker: Meet the Danner Trail 2650 Campo
×