From five-star accommodations to gracious hospitality, the incredible bird hunting at Hooray Ranch is simply the icing on the cake to a 24/7 experience of excellence in Kingman, Kansas.

If you’d have asked me if I thought one of the best experiences of my hunting life would happen in Kansas, I would have likely said no. After all, I live in Montana, and the hunting here is second to none.

But my opinion on that has sufficiently changed. I was lucky enough to get an invite to join an all-women waterfowl and upland hunt at the Hooray Ranch. Without really knowing the background, I jumped at the chance.

Going in, I was a new bird hunter with some confidence issues shooting a shotgun. Coming away, I feel like I have a new foundation set by the fabulous guides and the hunting experiences I was able to share with my fellow hunters.

Upon arrival, the Hooray crew greeted us with margaritas in hand. Tucker, Eric and Wendy Dunn’s 16-year-old son, led us on a tour of the ranch. He walked us through the multiple buildings.

Bought by the Dunn family in 2013, Hooray Ranch went from a small farm to a high-end hunting oasis. They kept the original buildings intact and used the rustic character to build out multiple spaces for stay and play.

Eric Dunn’s vision for Hooray is that it’s the ultimate destination for waterfowl in the world, and he has made his way toward that vision. The impeccable caretaking of the property combined with Wendy’s taste for interior decorating creates a visual experience that manages to be both artful and intentional. Some hunting lodges can feel a bit over the top. And Hooray definitely has a bit of that, but it feels more fun and personal than gratuitous and overindulgent.

The staff bent over backward at every turn to help us with any whim or detail. And their hard work is evident in the hours they keep and the level of service they provide. Each staff member was genuinely interested in both our well-being and our humanity. They were fun, thoughtful, and gracious. And their work ethic is second to none. As someone who has worked in the service industry, their passion for detail was obvious without being overbearing. Owners Eric, Wendy, and Tucker were equally invested in making the experience wholly perfect. There is an art in that kind of genuine service. I won’t soon forget it.

A small example of their willingness to go above and beyond is that I mentioned that I’m an avid equestrian. In a passing conversation, owner Eric mentioned that I should ride his world champion reined cow horse, former AQHA Super Horse Rising Starlight. The next day, she was saddled and ready to ride. It was a literal dream come true to sit on a horse of that caliber. 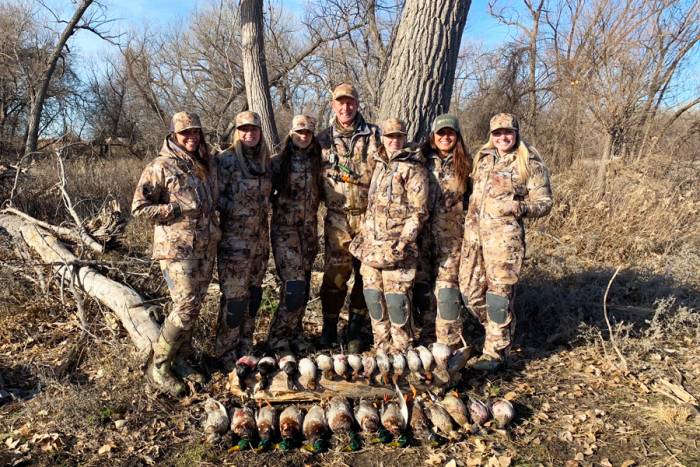 For three days, we waterfowl hunted in the morning, then pheasant hunted or had opportunities to shoot clays in the afternoon.

As a mostly DIY hunter in the West, it feels odd to have someone else take care of the details. From full breakfast available at 5 a.m. to Beretta shotguns and guides who might own their own hunting companies and just “did this for fun,” well, we were a bit spoiled.

The Kansas ranch has over 20,000 available acres of hunting space, and each spot we went to was meticulously set up for success. The first morning, we killed a variety of ducks from a blind on the water, with teal, widgeon, mallards, and ringnecks in our pile.

The second morning, we hunted from layout blinds over flooded corn. The staff meticulously covered these blinds, but the weather conditions made the waterfowl hunting a bit harder. We still managed to put some birds on the ground. And that was with most of us being fairly new to shooting from a layout blind.

The final day, we hunted from a badass blind that sits in the middle of a beaver pond. A ride from an Argo got us into the spot and had the fog not settled in, we’d likely have had an incredible morning of shooting geese. But the fog made for spectacularly beautiful scenery, and we still had a lot of action from ducks mostly coming in as singles or pairs. The geese just couldn’t see the water for the majority of the morning.

The highly successful pheasant hunting was definitely a bit preordained; Hooray releases about 1,200 pheasants per week in the area. But as a new upland hunter, I was able to really dial in my shots and feel more confident hunting upland birds. Our guide, Neil, was a highlight of the trip. His hilarious stories and jokes kept us all laughing. And his thoughtful direction helped the beginner upland hunters among us really dial in our efforts.

The Rest of the Best 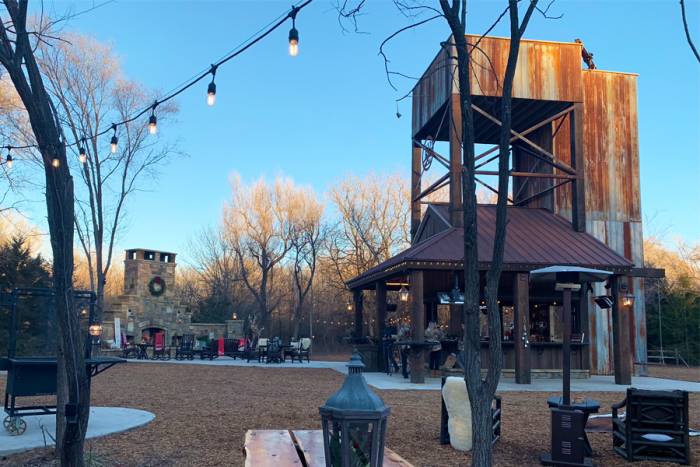 It’s hard to bring up Hooray without mentioning the food. The chef, Bill Crites, is undeniably talented in the kitchen. Having to put together three meals a day for large groups is no easy feat. And Chef Crites pulls it off with gusto. From smoked prime rib to filet to a southern-style crab boil, it was all phenomenal.

Another sticking point of our experience was the nightly cocktail and appetizer hour at the Pheasant Bar. The “bar” is actually a European-style pheasant tower that creates the opportunity for a classic European pheasant shoot. We didn’t go through this experience, but I’m sure it would be a pretty wild ride.

The predinner ritual was one of my favorite parts of the day. With hatchet-throwing stations and a big, roaring fire in a giant stone fireplace, the outdoor post-hunt party brought together the small groups of hunters at the end of the day and gave us a chance to talk about the hunt and unwind. 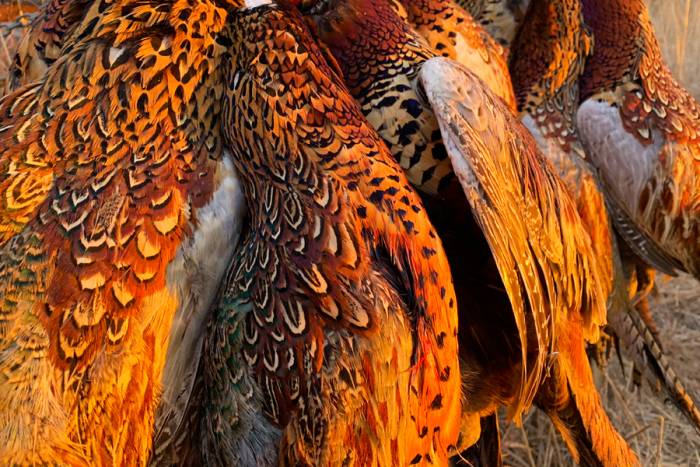 Hooray has already made a name for itself in its five years of existence. And it’s currently booked out months — and in some cases years — in advance. Hooray’s offered hunts are avian-specific; it offers waterfowl, upland, and turkey hunts. And you can contact the ranch for prices and booking via its website.

Up Next: Chronic Wasting Disease Found in Tennessee, Expands Reach in Wyoming