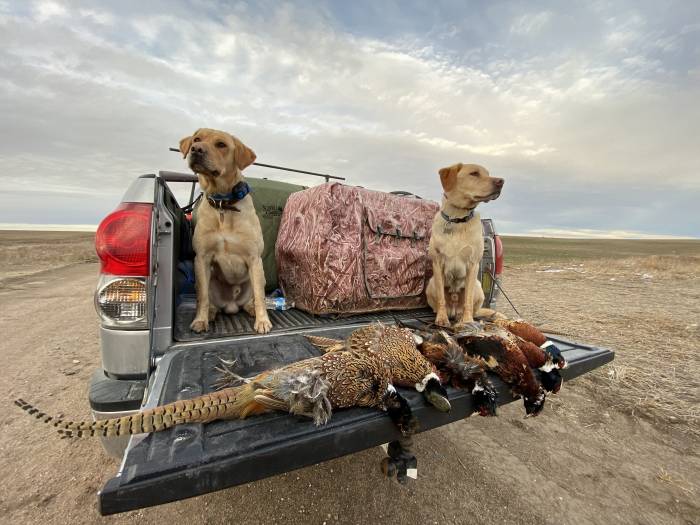 For many upland bird hunters, the start of a new year means the end of chasing birds behind their favorite bird dog. Upland seasons across the U.S. are closing, but if you live in an area that’s closed to hunting, you shouldn’t hang up the boots just yet.

There are still plenty of locations with late-season upland opportunities. Some states have pheasant hunting seasons that go until the end of January. Quail in many places are open into February, and the late season is prime time for chasing chukar out west.

Unfortunately, many hunters don’t end up taking advantage of these opportunities. Finding hunting grounds in an unfamiliar state and the prohibitive cost of private lodges and outfitters keep hunters from going on the late-season trip of their dreams. Fortunately, with a few resources, you can simplify your dream trip and hit the road for a reasonable price.

I don’t have a substantial disposable income, yet I spend the majority of my upland hunting time out of state. I hunt solely DIY on public lands and find lodging and amenities that don’t break the bank (although my wife may disagree). And I plan for my out-of-state trips with four simple steps.

The first step in hitting the road to hunt is figuring out which state to visit. The only limiting factor here is how far a hunter is willing to drive or fly and which places hold huntable populations of the desired game bird.

If you’re hunting pheasant, the Pheasants Forever website is a great place to start. Under the “hunt” tab of the site, there’s a page labeled “State Forecasts,” where you can see how bird numbers are doing in different states. The forecasts break down bird numbers county by county, which will help you pinpoint particular areas you should consider hunting.

Quail Forever also offers this on its website. The forecasts aren’t as detailed as those found on PF’s website, but they’ll give you a general idea of bird numbers and areas in the state to focus your attention on.

For my quail and pheasant hunting, I always start on these sites but remember to take the information with a grain of salt. For example, this year, the forecast in Nebraska indicated a 14% decrease in pheasant numbers. But, even with lower numbers, there are still plenty of birds in the cornhusker state. My hunting partners and I visited there in mid-November and had a great week of chasing roosters.

A Note on Other Species & Resources

A great place to start is on fish and game websites. Usually, you can locate a number to call their offices. When you get in touch with them, ask to speak with the state biologists over the species you want to pursue.

I’ve found state biologists to be a fantastic, often underutilized resource. They’ve always been upfront and honest with me. If bird numbers are down, they let me know. They also tell me which counties hold the highest bird populations and about land access programs in areas I’m going to hunt. 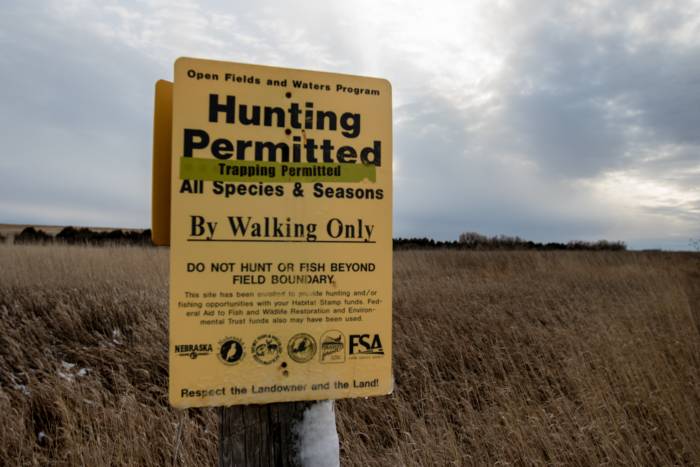 The biggest setback out-of-state bird hunters face is finding places to hunt. You always hear upland hunters saying things along the lines of, “If you don’t have private access, there aren’t any good places to hunt here.” But permission to hunt private lands is difficult to obtain, and many places with the best hunting are virtually all privately owned.

Fortunately, most states recognize this and offer programs that allow hunter access to private lands. For example, Idaho has its Access Yes! program, where private landowners are compensated by the state to allow public hunting on their private lands. Many states offer similar programs. I’ve hunted in Nebraska, Washington, Idaho, Utah, South Dakota, and Montana utilizing these programs.

To locate accessible private lands where you’re visiting, Google the state’s name, followed by private access. Generally, you’ll find a link to the state’s website detailing how their particular program works. Each place I’ve visited offers online maps, showing you which lands are enrolled in the program.

When utilizing these programs, be sure that you follow all the rules and regulations. Often, hunters are required to register at a box or online before bird hunting. Each state has different guidelines that you should familiarize yourself with.

The first time I hunted in Washington state, I ran into a bit of a hiccup because many of the lands enrolled required advance notice. Moral of the story? Be sure to plan ahead.

Another thing to consider is getting hardcopy maps of accessible lands to carry in your vehicle while you’re hunting out of cellphone range. Whenever I visit Nebraska, I always get hard copies mailed to my house beforehand, something the state does for free.

onX Hunt Is Your Friend

The final tool I use when accessing private lands is the onX Hunt app. In states with land access programs, onX provides “map layers” that will show you the areas enrolled in the program. For data-free map use, simply turn on the map layer and download the maps for the areas you plan to hunt while connected to Wi-Fi.

Again, onX is a great resource to locate these areas. 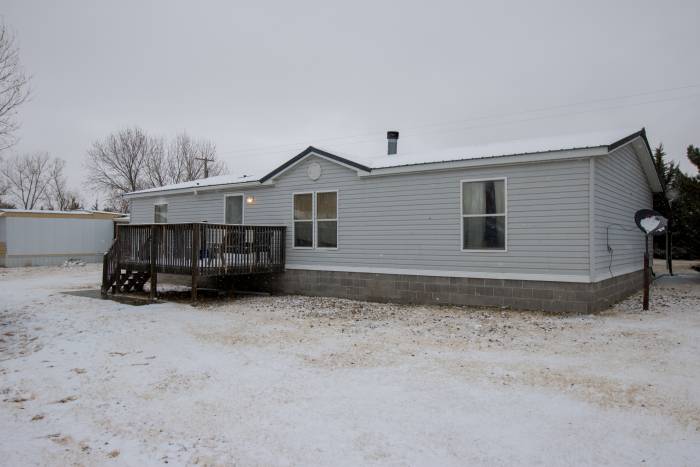 Lodging can be difficult to find in rural America, where hunters often find themselves. And traveling with dogs limits options even more. When hunting out of state, there are three lodging options I use: camping, rental properties located on sites such as Airbnb, and small hotels.

The cheapest lodging option is to pitch a tent and set up camp. If you’re out west, it’s not difficult to find a place to camp for free. National forests and BLM land allow you to set up shop wherever you’d like.

If you’re hunting in areas with little federal land, you’ll probably have to pay a small fee to camp at a designated state park or other state-managed areas. Usually, the cost is anywhere from $10-20 per night.

However, before traveling, be sure the campground you plan to stay at is open. Some close in the fall, and many will be closed by the time the late season rolls around.

My favorite lodging option is rental properties on Airbnb and Vrbo. Many people shy away from these rentals because they assume there is a high cost associated with renting an entire home.

However, these rentals are usually much cheaper than hotels when splitting between three or more hunters. My buddies and I stayed in a home in Nebraska for 4 nights this November. It only cost us each $220 for the stay.

The best part was that we had an entire house. We had separate rooms, and there were two bathrooms. And don’t forget the biggest money-saver of all: access to a full kitchen.

In hotels, travelers often end up eating out for every meal, which adds up quickly. In rental properties, hunters have the option of going grocery shopping and cooking meals, which is a big deal for those trying to save some coin.

It’s surprising how many properties are available for rent, even in rural areas. Many people own second homes to use as a hunting or fishing cabin, and they choose to rent them out while they aren’t there.

Be relatively broad in your search. If there’s a particular county you’re looking at, don’t search just one town. Broaden the search on Vrbo and Airbnb to cover the entire county. Often, you’ll find the perfect setup for your trip.

The biggest challenge with hotels and motels is the rules regarding our furry friends. Some places don’t allow pets at all, while others do for an additional charge.

Fortunately, in rural areas with high bird numbers, this is often a non-issue, as most hotels recognize that people are visiting to hunt. However, “dogs allowed” may not be as upfront as it seems. Some hotels offer separate outdoor kennels for dogs to stay in but don’t allow dogs in the hotel.

If you aren’t comfortable with that arrangement, it’s probably not the place for you. Be sure you understand what the property owner means by “dogs allowed” before booking.

Most hotels in rural areas don’t offer a website that allows booking online. When searching for hotels online, I’ve found that prices usually aren’t listed. More often than not, you’ll be required to call the hotel to get pricing and book your stay.

Licensing is relatively easy and is something all hunters should be familiar with, but it’s always best to be thorough when hunting in a new state with unfamiliar laws.

Many times, states require not only a hunting license but also some form of conservation/species stamp. Waterfowl can be especially tricky. Many times, you need not only a federal duck stamp but also a state waterfowl stamp along with conservation stamps.

The key is to read the state’s hunting proclamation and be sure you understand everything in it. If you have any questions, call the state wildlife agency and ask. Nothing would ruin a trip more than getting into trouble because you missed something simple. 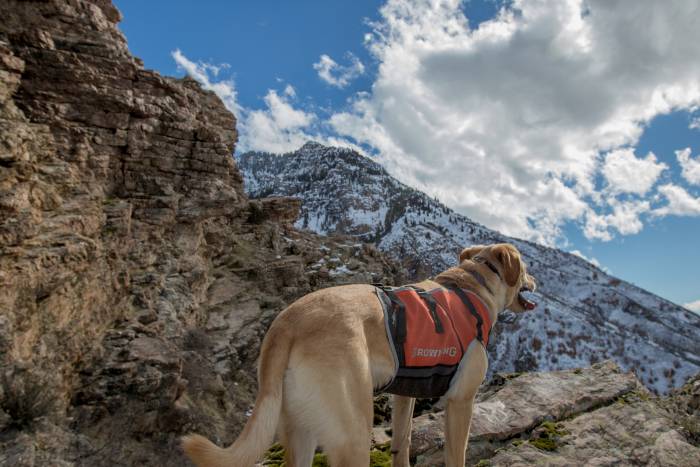 The late season is the perfect time to get out and chase upland birds in new places.

If your gun dog stares at the truck and game vests longingly, wishing for just another bird, do them a favor and hit the road. The dog deserves another point, flush, and retrieve. After all, its what they live for.

And who knows? You could very well find your new favorite trip.