One in four people experience serious mental health problems in their lifetime, and one in five Americans will face an episodic mental health issue in the course of one year. Yet people rarely discuss mental health openly.

May was the 70th-annual Mental Health Month. Seventy. Yet, how often did we hear this discussed in the outdoor community in totality? And who provided coverage? One man in the hunting space made it his mission to open that topic up for the sporting community. 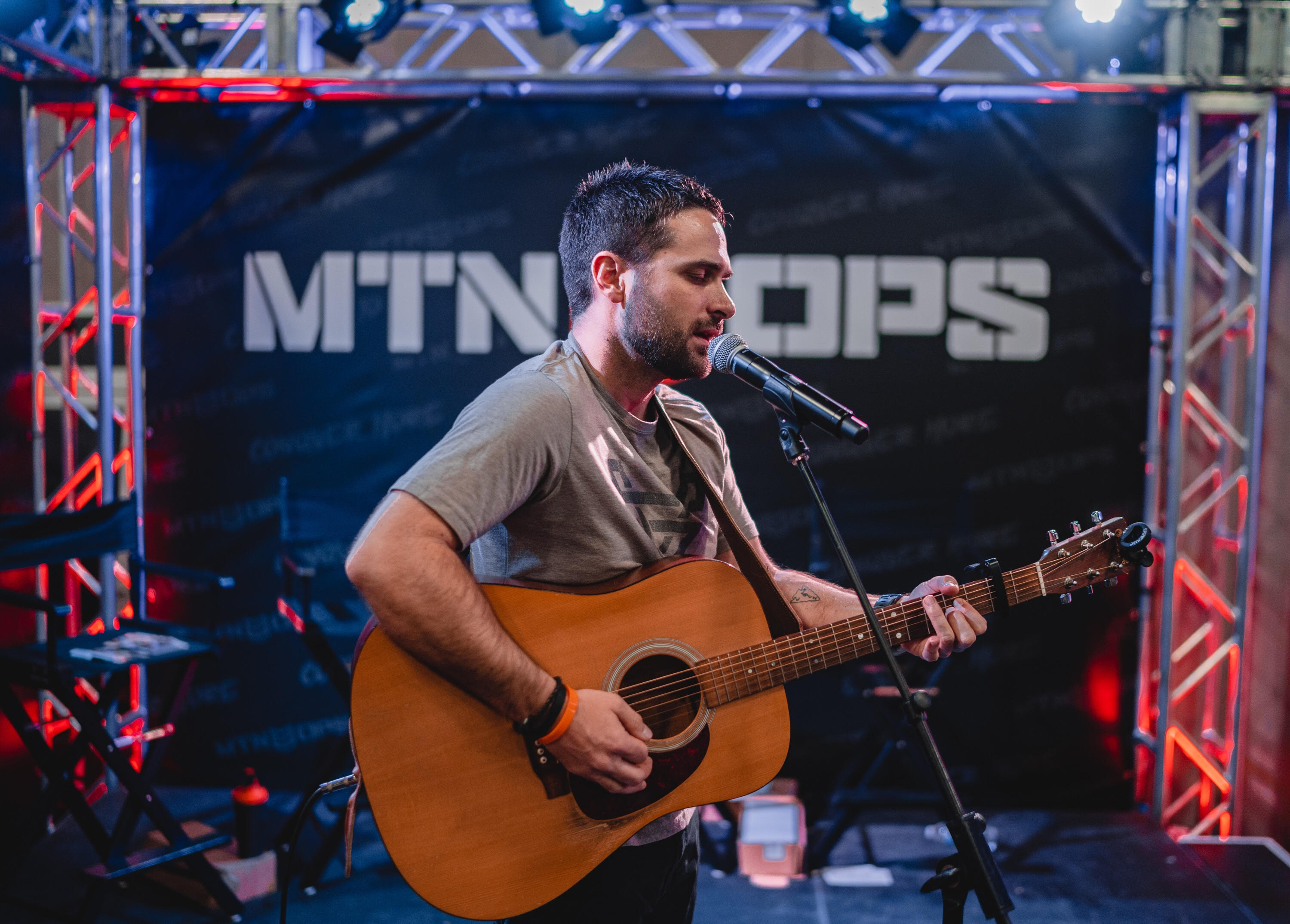 Meet Dave Brinker. He’s an avid western hunter, singer/songwriter, and entrepreneur – and his honesty and vulnerability in speaking out on mental health are creating a safe space for hunters and anglers. After a bout with depression, Brinker made it a priority to openly talk about his experience. His audience responded in kind, and the journey has been both refreshing and inspiring.

We asked Dave a few questions about his process, and we’re sharing it here.

GearJunkie: What pushed you to make your mental health story a part of your public conversation? And what have you found surprising about opening up the conversation?

Brinker: I wanted to make my mental health story public because people need to know they are not alone. I first admitted that there was a problem to my close friends and family last spring. Then, close friends started opening up to me. These were people I never thought would be battling similar demons. One of my best friends has been on Prozac for over a decade, and he didn’t tell me until then. Another friend was thinking about seeing a doctor for feeling down, but he didn’t want to tell anyone. The more I opened up to people about my fight with depression, the more I learned about stories of their own bouts with it. I felt like it helped in a small way for me to open up and get the conversation going.

These experiences reminded me of those moments in school when you were scared to ask a question in class, so you wouldn’t raise your hand. Before long, someone would get the courage to ask the same question you had. You then realized that several others actually had the same question. It’s similar in terms of this. So many people are struggling, but only a few are saying anything about it.

For one reason or the other, people don’t want to talk about mental health because it is viewed as taboo. The irony is that everyone wants to talk, but nobody has raised their hand in their community. Someone has to have the initial courage to raise their hand, and others will follow. Just like in class.

Once I had this realization, I knew I had the opportunity to bring it up on my social media. It was uncomfortable, but I figured if I helped at least one person, it was worth the vulnerability. I’m not a doctor, and I even hashtag that in every post on the subject. I’m just a normal dude who wants to share my experience to not only help others, but sharing my experience also gives me accountability to stay on track.

Men are the most likely gender to commit suicide. The numbers show that, tragically, white, middle-aged men make up 69 percent of suicides. What, in your opinion, is going on?

I wish I knew the answer to that question. I can only speak to my own experience. One of the things I’ve talked about with my wife is how men in our culture are expected to be strong and never appear to be weak. Vulnerability is seen as a weakness. Perhaps the fear of being seen as less masculine is at play in that statistic.

Suicide crossed my mind when I was at my lowest. It came out of nowhere, and even though I knew I would never actually do anything like that, the thoughts kept creeping in. I’m generally an overly optimistic and happy person, so this really woke me up. These thoughts were the main reason that I opened up to my wife about everything I was mentally struggling with. 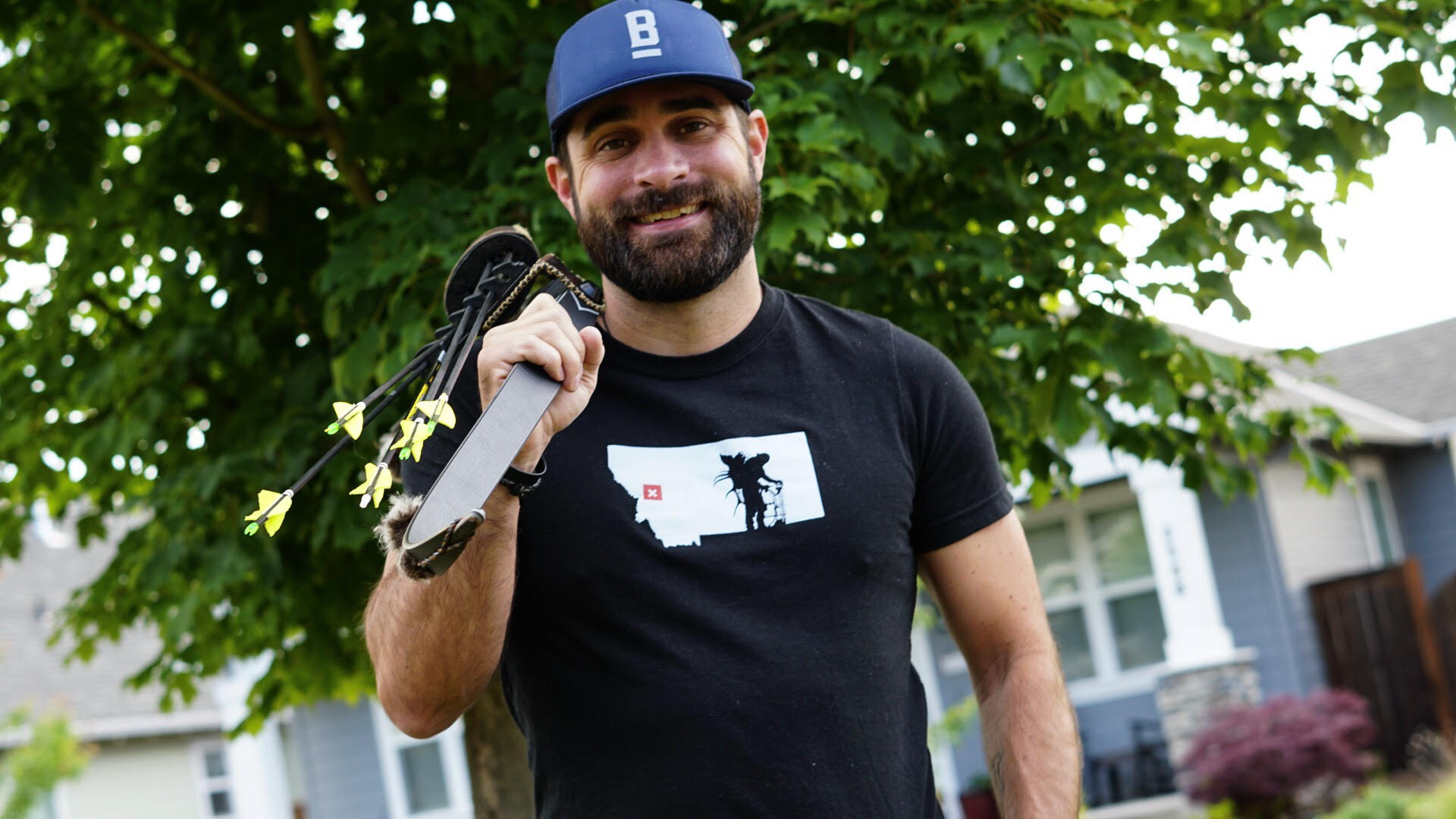 Hunting is a fairly traditional community. However, it’s also a very intact and tribal community that looks out for its own. How do we rally this sense of integrity? And how do we create spaces that build awareness for mental health?

As an industry, we devote so much time and resources to physical health education. This is important, for sure, but part of that energy should also be devoted to mental well-being. Working out all the time and preparing your body for the outdoors is constantly covered, but talking about how to keep your head healthy is barely touched. The reality is that your mind controls your body. If it isn’t healthy, even the most fit body can’t operate optimally.

It’s embarrassing to admit you’re having mental health issues for some reason, but it’s become normal to show before and after shots of getting back into shape on Instagram. If you stop and look at that objectively, it doesn’t make sense. Both physical and mental fitness should be accepted and talked about. People should be able to celebrate their successes and admit their faults. A little dose of honesty in our modern times goes a long way.

My friend Joel Turner helps hunters deal with target panic through his Shot IQ workshop. He’s a great example of a person training others to focus on the mind for better overall performance. I have found that many of his concepts on training your brain in a hunting situation also translate into dealing with general anxiety and other stressful life situations. This is a great example of a fellow outdoorsman pioneering a path between the hunting community and having a fit mental mindset.

Both the sporting and outdoor recreation communities have done a great job of providing healing services for our incredible veterans. Do you see any possibilities for creating similar spaces for civilians?

Yes, absolutely. There is no better place to get back in the present than in nature. Being outdoors employs all five of your senses, which are our natural cues binding us to the here and now. I believe that there is a ton of room for people, communities, and organizations to create programs that utilize the outdoors and hunting to help people find their mental balance and teach tools to combat anxiety and depression.

So, for my own battle, one of the main pillars of getting well was refocusing more time on the activities that keep me in the present. Shooting my bow, strumming my guitar, hunting, and hiking – these are all deeply therapeutic for me in my recovery.

I wanted to leave some open space for anything you think is pertinent here. What can you leave our readers with?

If any of this resonates with you and you’re feeling similar things, please tell someone close to you. It feels weird, I know, because you think you’re alone and maybe even “crazy.” Neither is true. That’s just your mind telling you more lies. Don’t listen.

My journey to healing was multifaceted, and I would guess that yours will be, too, because it’s complicated. I had to change my diet, my exercise schedule, my career, take temporary medication, switch up my personal life, and endure a multitude of other things to get my mind back on track.

Not one thing was a silver bullet. It takes patience, but I can assure you, it’s worth the work.

Up Next: It’s Time We Kill These 5 Topics About Sportswomen