Home » Outdoor » Hunt / Fish » Drone Will Find, Record, And Bait Fish For You

Track it, record it, and bait that lunker with the drone that fishes for you. 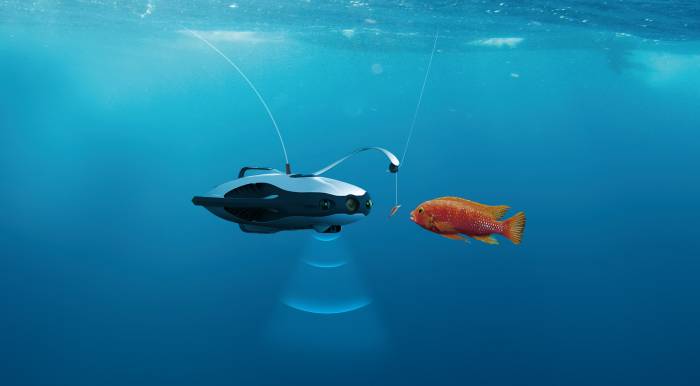 As if it already wasn’t tough enough to be a fish. The PowerRay Underwater Drone by PowerVision will change the way you look at fishing, literally.

Unmanned Underwater Vehicles, or UUVs, have been around a long time. But this one is purpose-made to pursue fish.

The submersible drone has VR compatibility to explore the depths… or stalk your prey. A front-facing camera shoots 12-megapixel stills and/or 4K video that will stream via bluetooth to your device in 1080p.

Plus, it has some serious game-changing add-ons that make fishing a more one-sided battle. Check it out:

“PowerVision is completely changing the way we have been fishing in the past 7,000 years,” Wally Zheng, PowerVision CEO said in a press release. “Recreational fishing will never be the same again.”

By itself, the PowerRay is a benign vehicle of underwater exploration. Its video and still capabilities work in freshwater, saltwater, and under frozen ice. 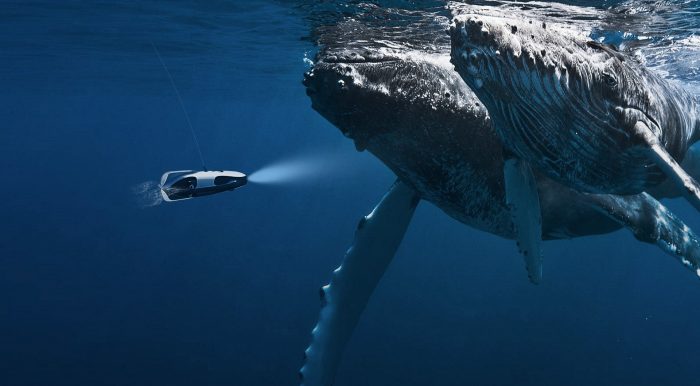 But with a couple optional upgrades, it becomes the most ruthless agent of subaqueous espionage to date.

The PowerRay can be equipped with sonar to detect fish. In this configuration, the drone will capture topographic data of an underwater landscape, fish location, and water temperature.

Still too sporting? A bait-dropping add-on allows the drone to carry your hook and bait right up to a fish’s mouth. 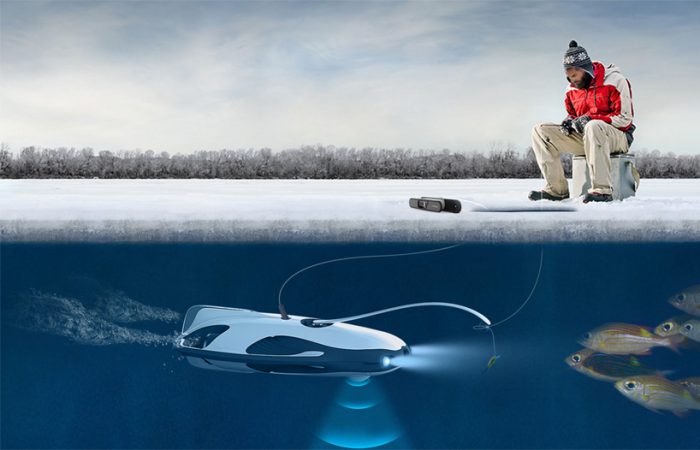 What’s more, the PowerRay has a blue-tinted light the company claims will attract fish, and its movements are designed to mimic a fish.

In its basic camera configuration, the submersible weighs 7.7 pounds. The sonar and bait-dropping upgrades add another 4.4 pounds to the kit. 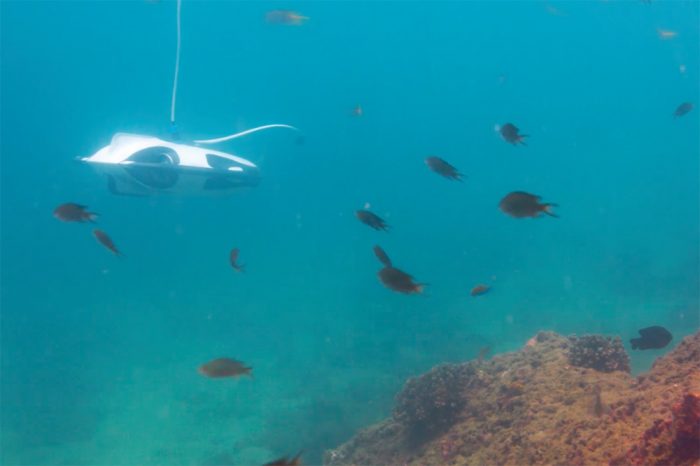 The company claims PowerRay can dive up to about 100 feet, but its sonar can track fish an extra 131 feet. That’s a total range of around 230 feet—the better part of a football field—to an accuracy within 4 inches.

Plus, the sonar tracking device is buoyant and can be detached, letting you use it like a traditional fish finder.

The camera shoots with a 100-degree, wide-angle lens. You can control the whole rig through an app that lets you steer, track, and set bait on your device’s touchscreen, with gesture manipulation (moving your phone around), or through VR goggles.

You can set its dive manually, or with automatic depth-control, and the whole shebang has a four-hour battery life.

There is no word on a price, but for comparison another PowerVision product, the PowerEgg quadcopter, retails for $1,200. You can probably expect the PowerRay to come in above that.

If you’re ready to journey into the abyss pre-order the PowerRay beginning Feb. 27.

Up Next: Casting For Gifts: 10 Presents For Anglers