Getting teenagers to embrace environmental stewardship can be a challenge, especially when those teenagers are cold and wet. One way to grab their attention is to present a drama of sex and death. 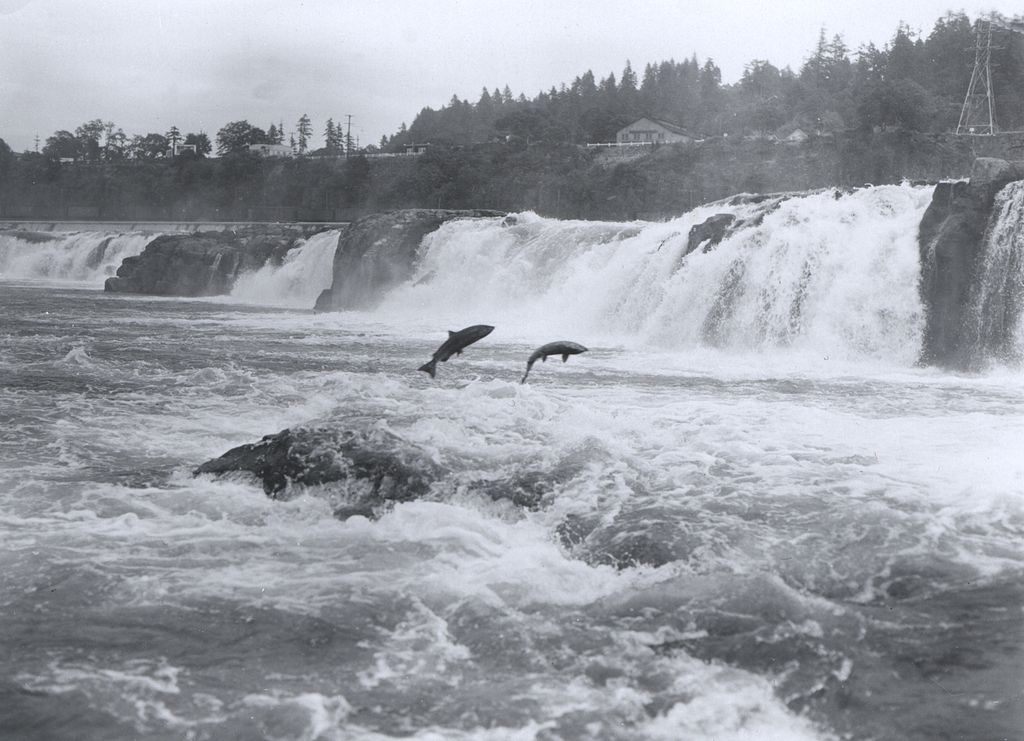 For 21 years, that’s been the strategy of Salmon Watch, a field program that allows middle- and high school students to observe spawning salmon at the height of Oregon’s autumn rains. Each November, as adult salmon finish the long swim to their natal streams, local teenagers ride buses to the Whittaker Creek Recreation Site, east of Mapleton, Oregon. There, they stand in the rain, learn about salmon ecology, and watch skateboard-sized fish spawn and die in the shallow water.

The students have been taught by a team of Salmon Watch volunteers — all wearing heavy rain gear — who are recruited by Jennifer Weber, education coordinator at the McKenzie Watershed Council. To inspire her staff, Weber quotes the conservationist Baba Dioum: “We will conserve only what we love. We will love only what we understand. We will understand only what we are taught.”

The volunteers come from the federal Bureau of Land Management, the state Department of Fish and Wildlife, a municipal water and electric board, and local fly-fishing clubs. The job’s biggest hazard is facing a group of teenagers who are not just cold and wet, but also bored. So everyone has tricks. Justin Demeter, for example, explains the function of a healthy riparian zone by asking students to imagine they are raindrops. They visualize bouncing down through the leaf canopy and filtering through the root mass to cool and cleanse themselves before entering the stream. Demeter finds his we-are-raindrops exercise works best when it is raining.

When Steve Liebhardt begins his lecture on fish biology, he points upstream to a decomposing salmon carcass. “You can gawk at the dead fish while I talk.” He then conjures the plight of a baby salmon’s swim to the ocean. “You want to be a bigger fish because bigger fish swim faster and fit in fewer mouths. You have to eat enough … to get fast enough … to avoid being eaten … so you can eat more.”

Later, students examine the aquatic bugs that make up salmon baby food. They use a turkey baster to suck up the bugs and spit them into an ice cube tray. Liebhardt explains that aquatic bugs gorge on the decomposing flesh of adult salmon, and discloses a rather alarming fact about their circle of life: “The baby salmon get to eat the bugs that ate mom and dad.”

Other volunteers use a more literary approach. When Bob Bumstead, a former English teacher, leads high-schoolers along the spawning beds, he recites an original poem:

A frenzy of salmon

In an agitation of water

Quivering as no human thigh

So full of life

That it hurts to watch.

To watch in slack-jawed

Bumstead doesn’t read this poem to middle-schoolers. Still, the younger kids know what’s going on. After seeing two males slash at each other in the shallow water, a boy asks his friend, “Are they playing tag?” “No,” his friend answers. “They are playing, ‘I want the female.’ ”

Sometimes, volunteers need to set the stage to enhance the drama. One year, the salmon ran late, and Weber found no dead fish for streamside dissection. So she stopped by the state hatchery to borrow a few carcasses. She stored them in her fridge and, next morning, drove one out to the creek so a volunteer could dissect it for the students. 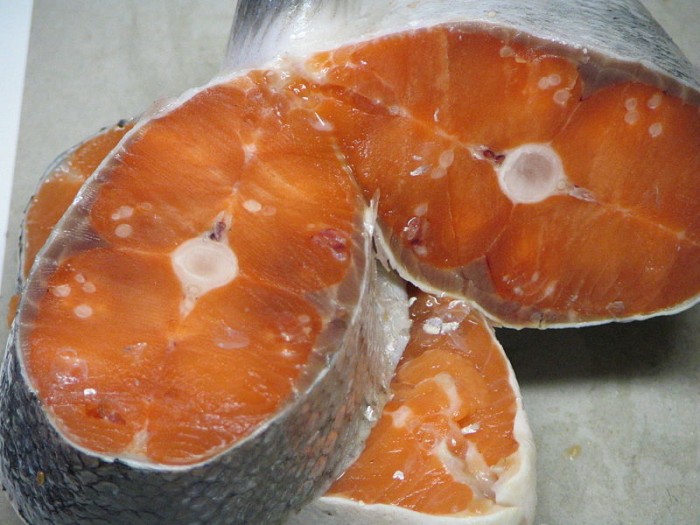 The dissection usually gets some kind of rise out of even the most blasé teenagers. In the history of the program, volunteers can recall only one instance where a student fainted when a fish stomach was slit open. But ideally, the experience plants the seed for a future in biology. While dissecting a female fish, a volunteer stretches open the slimy body cavity to reveal several remaining eggs. A girl asks, “Do we really have to do this before lunch?” But a middle school boy wants to see one of the eggs. The volunteer drops an egg from tweezers onto the boy’s palm, where it shines like a pale pink jewel. The boy asks, “Can I keep it?” When the volunteer says he can, the boy slips the egg into his pants pocket.

Jourdan Arenson is a contributor to Writers on the Range, a column service of High Country News(hcn.org). He writes about science and technology in Eugene, Oregon.

Up Next: Montana’s ‘Bucknasty Brown’ Trout