With a look about as old-school as knives come, the Indian River Jack appears like it could have dropped out of your grandpa’s pocket.

But appearances can be deceiving. This classic knife has a blade made from ultra-modern steel fabrication methods.

A blend of old and new, the Indian River Jack is a superb piece of cutlery.

The history of Northwoods Knives is an interesting one. Started by a single guy and carefully shepherded through the death of American manufacturing, the brand was sold when the founder began dying of cancer.

He sold the brand to Derrick Bohne of KnivesShipFree.com with two conditions: 1) that it remain a made-in-USA brand; and 2) that the knives continue to be high-quality tools.

Bohne has continued the brand and kept those two promises, and that fidelity is seen best in the Indian River Jack model. 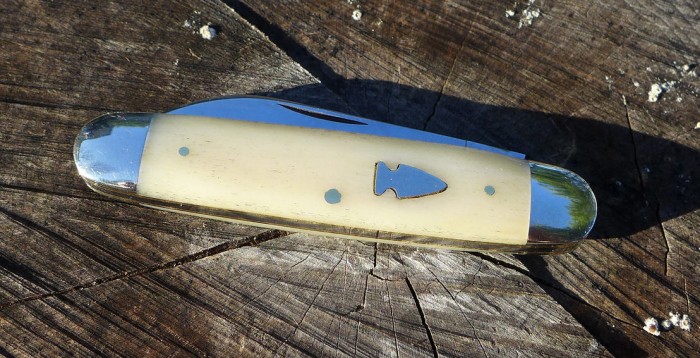 All of the Northwood Knives designs are traditional blades — no locks and no one-handed opening. Instead you have classic traditional knife touches — slipjoints, nail nicks, bolster, and thin slicing blades.

There are quite a few different Northwoods designs — a barlow, a handful of jacks, and a few multi-blade models.

Most run 1095, a traditional high-carbon steel. They have rustic touches, like leaving the heat treat scaling on the top of the blade. The Fremont Jack is one of the more popular of the 1095 knives.

But the Indian River Jack is a bit different.

Sure, it still has those authentic old-school touches like stag or bone handle covers, a nail nick, and a slipjoint blade safety. But it uses a blade that is immaculately finished and composed of many high-end steels. 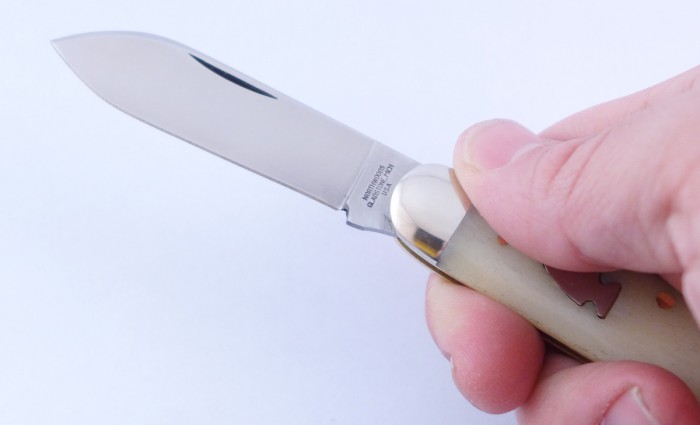 The steel, coupled with a great finish and thin blade stock, results in a folding knife that slices better than what most people have in their kitchen block.

Additionally, the single blade of the Indian River Jack design makes this a svelte pocket knife. Double bolsters and a solid spine construction give the knife some heft, but no one would call it heavy.

Finally, if you want to preserve it in perfect shape, the knife comes with a leather pocket slip.

The only drawback to the Indian River Jack is availability. Even huge runs in various handle covers (wood, bone, stag) come and go in less than a day and they are uber-pricey on the secondary market.

If you want a knife that looks like it came from the turn of the last century, but cuts like a knife from this millennium, few are as delightful as the Indian River Jack.