Hundreds of mammals are scheduled to populate northern Siberia in hopes of mitigating climate change. Two Russian scientists dream of one day recreating the Ice Age in this ‘Serengeti of the North,’ with mammoths included. 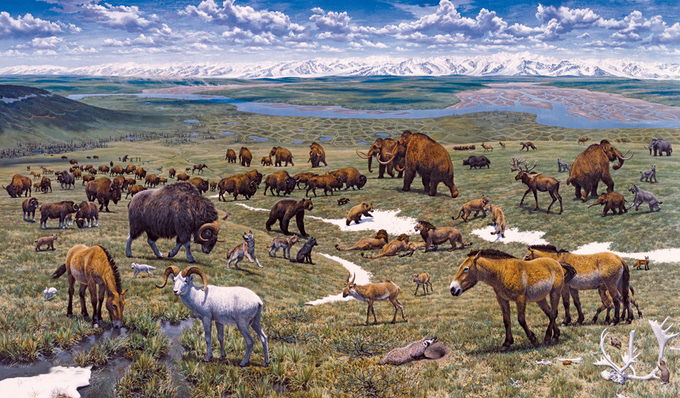 Barges full of bison, yaks, and wild horses are set to roam remote northern Siberia. In an area called ‘Pleistocene Park,’ they will feed, trample, and repopulate the landscape.

An ambitious project to be sure, however perhaps the single biggest ambition of all? Real-life mammoths, resurrected from the DNA of their ancestors to live and breathe alongside their fellow Mammoth Steppe animal companions.

The Russian father-son duo of geophysicist Sergey Zimov and son Nikita Zimov are attempting this radical and large-scale land change project in hopes of preserving permafrost and mitigating climate change.

Sergey’s plan is to recreate the Pleistocene, where large mammals and mammoths thrived on grassland.  They named it “Pleistocene Park,” and it’s already happening. The team launched a Kickstarter, with goals of expanding the project.

At this scale, what the team is doing has yet to be proven scientifically and is largely theoretical. The plan is backed by permafrost research performed largely by Sergey Zimov himself. Sergey, director of the Northeast Scientific Station (a research institute within the Russian Academy of Sciences), is also a senior research fellow of the Pacific Institute for Geography. His research covers permafrost, methane, and climate change. 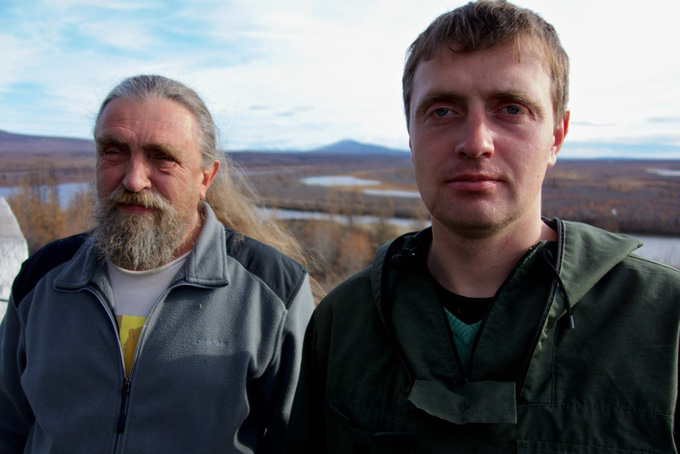 Jurassic park, mammoths reborn, remote northern Russia? There are a lot of details here that may seem far-fetched, but a lot of leading scientists give Sergey’s plan merit. Sergey published this journal in Science Magazine that outlines his experiment. Another scientist wrote this journal also Science. This story in Stanford Magazine also lends credibility.

In an ode to Jurassic Park, the creators of Pleistocene park wish to revert the land to a pre-modern time. Specifically, they are trying to replicate the Pleistocene, or the time when woolly mammoths roamed the land and glaciers covered as much as 30 percent of the globe.

Known colloquially as the ice age, the Pleistocene occurred from 2.588 million years BCE to 11,700 BCE.

During this epoch, permafrost, or ground frozen for longer than two years of time, covered roughly 23% of the land and maintained a mean temperature of 32 degrees Fahrenheit. Currently, global temperatures are much higher than Pleistocene times.

This means permafrost is melting and with it massive quantities of carbon-rich plants and roots. This melting releases greenhouse gas into the atmosphere, exponentiating the effect of climate change.

Permafrost melting is already occurring, albeit at a slow rate, however, the efforts of Pleistocene Park hope to slow the transition and minimize the land’s negative impact on global warming.

To impact climate with animals, large mammals within the park trample and pack snow during the winter months of the arctic. This trampling reduces the snow’s heat-insulating abilities and causes the freezing arctic temperatures to interact more directly with the ground. 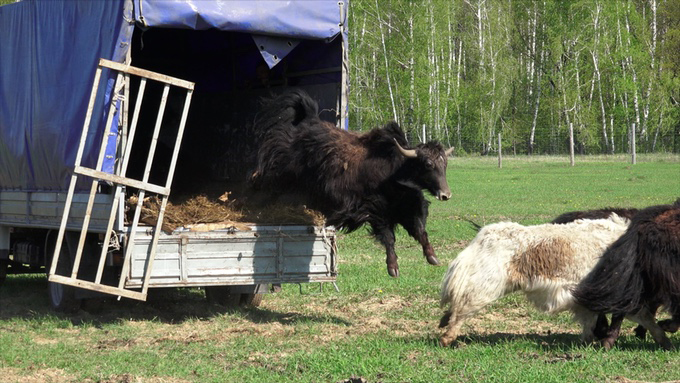 In addition to adding animals, the park owners are tackling down trees in effort to create a grassland habitat. The large mammals thrive on grassland, and also the absence of trees will allow the land to reflect a greater portion of sunlight back into space. This will theoretically further slow permafrost melting.

While the tree takedown is performed through machines now, the creators hope one-day mammoths can take over this job. Mammoths trampled trees naturally and maintained grassland along with their fellow large mammals. While it may seem the stuff of science fiction, numerous reports state the reanimation is not far off.

The park currently has a Kickstarter running to raise finances and scale the scope of the project. The park has been in operation for the last 20 years, with more than 70 large herbivores in the park. It measures 20 square kilometers of land. Currently, Yakutian horses, moose, musk ox, reindeer, and European bison dot the land.

The Kickstarter is live until April 8, 2017. Donors receive spectacular prizes, with options of adopting a reindeer, horse, yak, and bison. The time is now for all those who dream of owning a reindeer! (Granted reindeer cost $1000 and bison $5000.)

An Ice Age Ecosystem To Save The World

Often times, wildlife encounters are some of the most memorable experiences on hiking, backpacking, and outdoors adventures. Imagine a world in which large mammals fill the horizon, free to roam and graze alongside humans in the wild. Pleistocene Park is attempting this.