Mount Elbert is the tallest summit in the Rocky Mountains and the highest point in Colorado. At 14,440 feet it would serve as a lofty challenge on our stop along the ‘Road To OR.’ 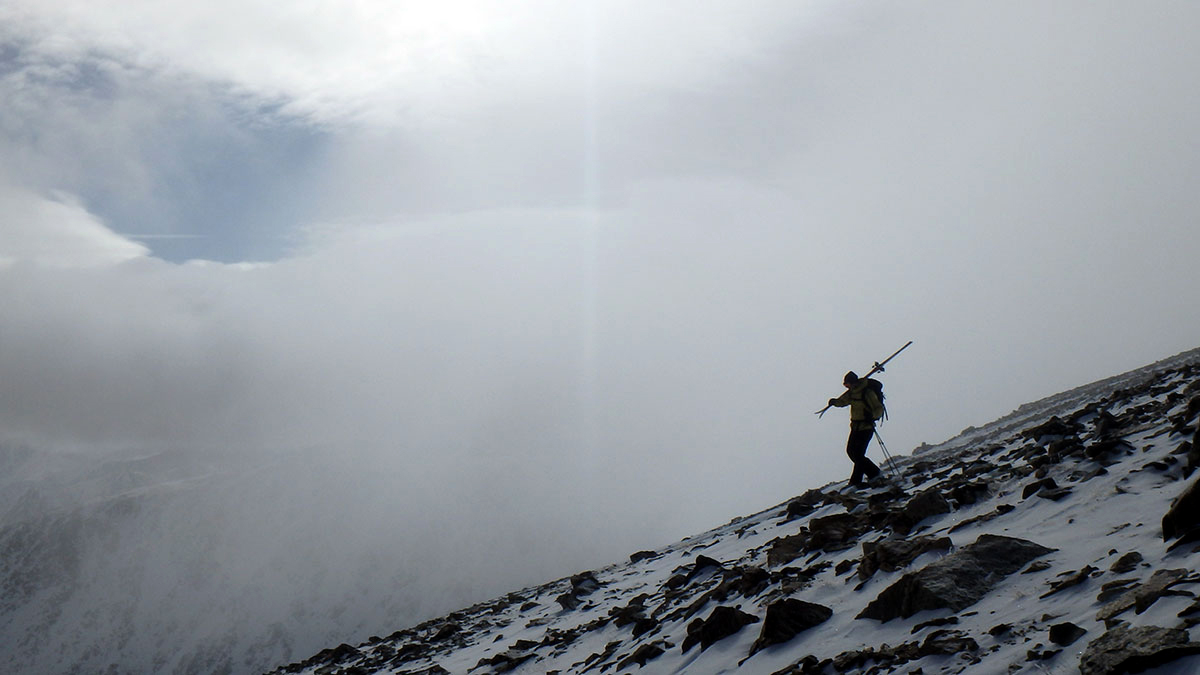 We hit the trail before 6 a.m., stars dotting a black sky at a parking lot trailhead near 9,000 feet. Snowshoes and skis crunched underfoot, headlamps igniting the woods beyond. 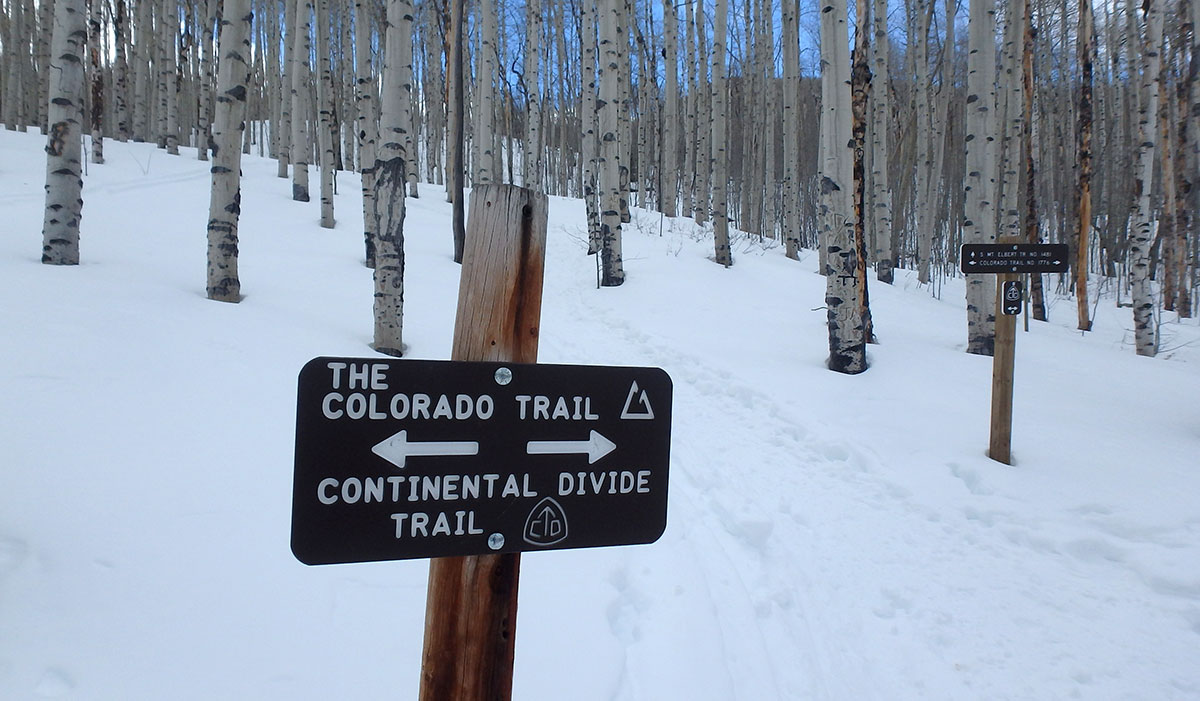 Our destination is hours ahead and thousands of feet into the sky. Mount Elbert is a massive mountain and a formidable climb in winter. In summer, it is among the most popular climbing routes in Colorado. 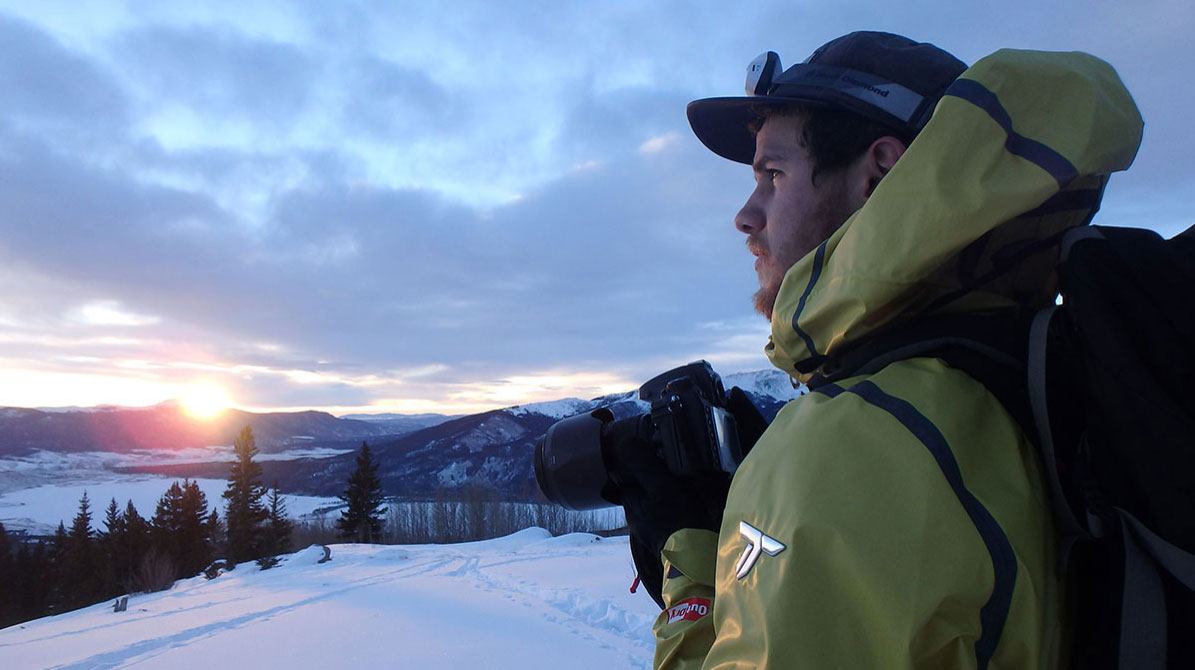 It is day three of our “Road To OR” adventure, a trip from GearJunkie headquarters in Minneapolis, through the Great Plains, into the Rocky Mountains, and finally to the 2016 Outdoor Retailer trade show in Salt Lake City.

Myself and managing editor Sean McCoy are leading the Mount Elbert charge. Joining the adventure are Zach Doleac and Lauren Steele, Columbia Sportswear’s “Directors Of Toughness” as well as filmmaker Joshua Van Patter. 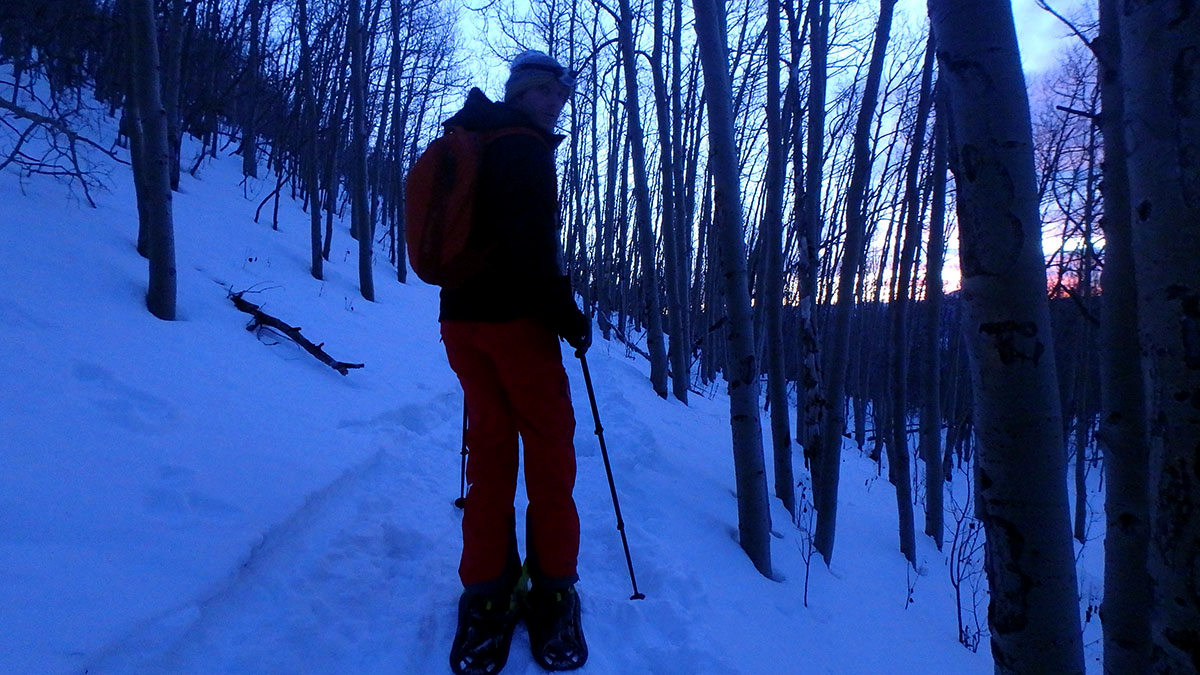 Sunrise hesitates in the dark woods. A blue glow takes over then hints of gold on the eastern horizon. By 11,000 feet on the approach trail the first rays break through.

I’m plodding in snowshoes, my pack light but stocked with safety gear and daily essentials. Zach Doleac strides on skis, a lightweight touring setup he hopes to point off the top of this big peak. 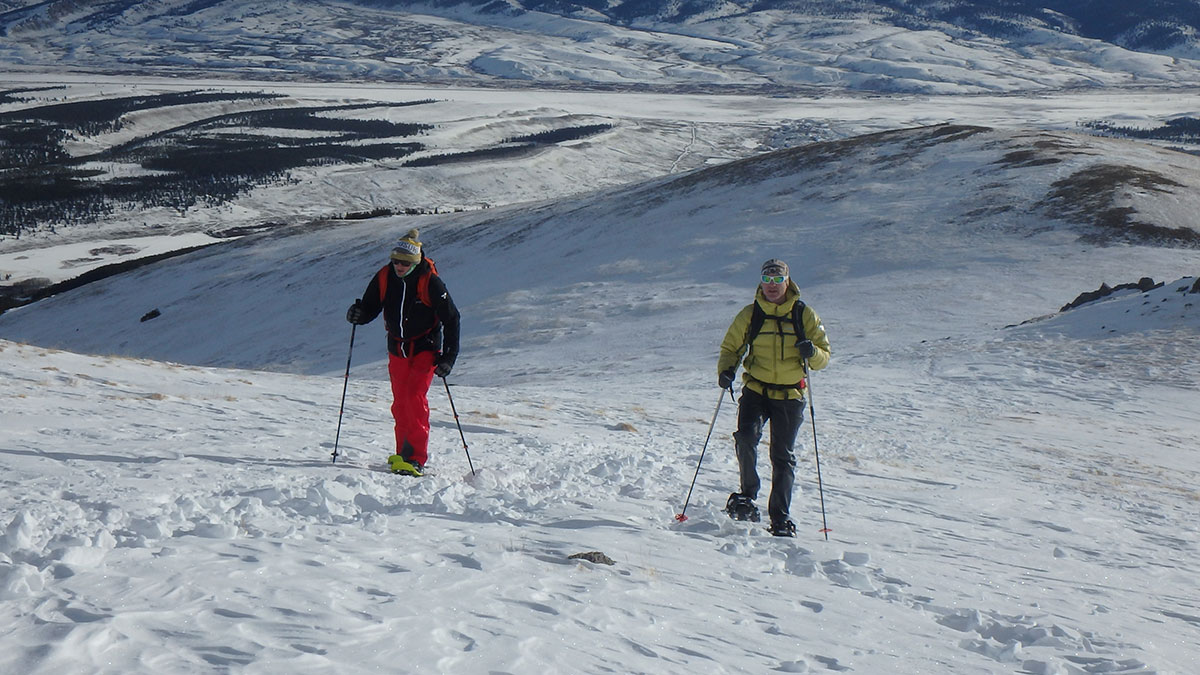 But first we need to get to the summit. Mount Elbert is not a technical climb. But it is long, and its slog factor increases in winter when a seasonal approach road is closed. Snow can pile yards-deep from the trailhead to the summit.

We crest 12,000 feet around 9 a.m. Elbert’s broad face above claims a sizable chunk of the sky. Lauren Steele points with a pole. “Is that the summit?” 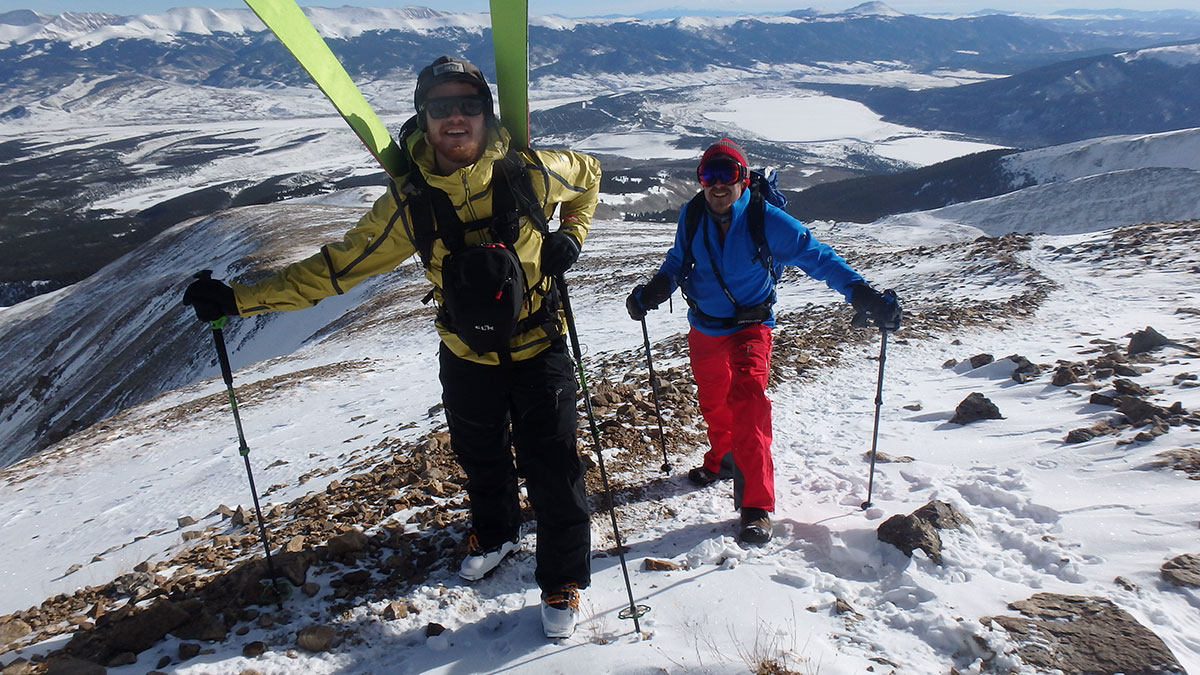 The peak cuts a silhouette against a haze of clouds. But the top is beyond what we can see. Mount Elbert is a teaser of a mountain, giving climbers glimpses as they go of false summits that appear to be the top.

We kick off snowshoes near 13,000 feet. Doleac straps skis on his pack. A windswept and rocky expanse leads up and up toward the 14,440-foot highpoint. 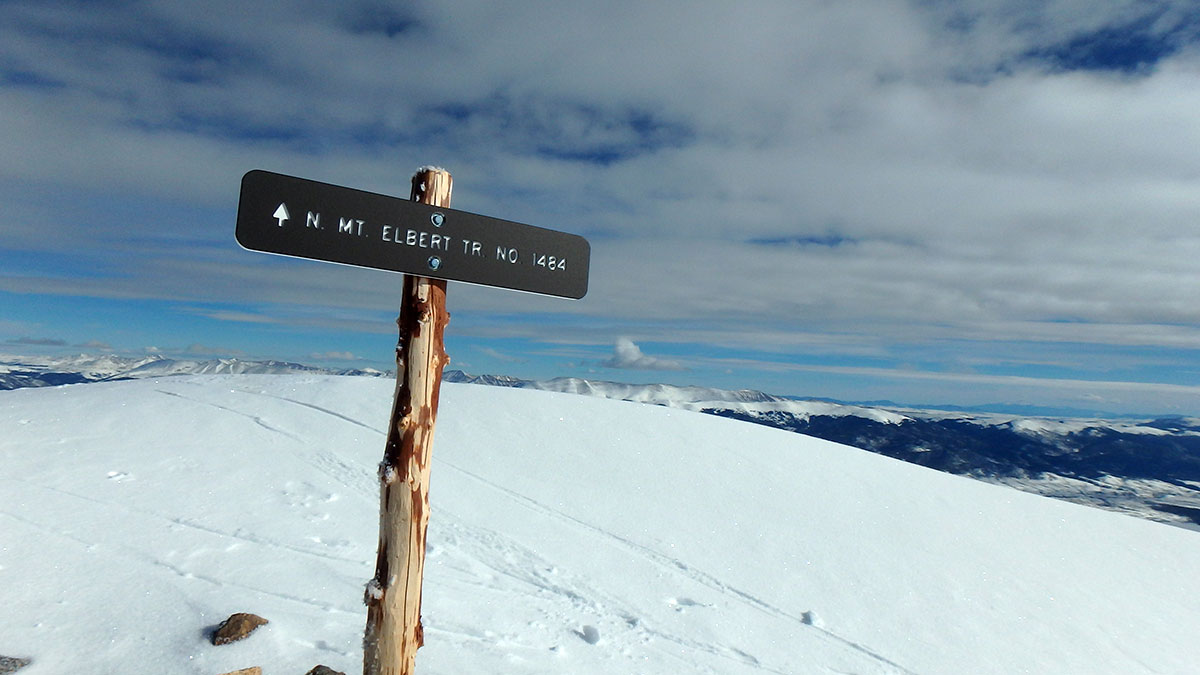 Each step is harder as the air thins. Clouds are moving in from the south, huge puffy invaders drifting in light wind.

It’s noon on the top of the mountain. All of Colorado drops off from Mount Elbert’s summit. An ultra-prominent peak, the views are airplane-like, including lakes, swaths of forest, and the stunning Rocky Mountains 360 degrees all around. 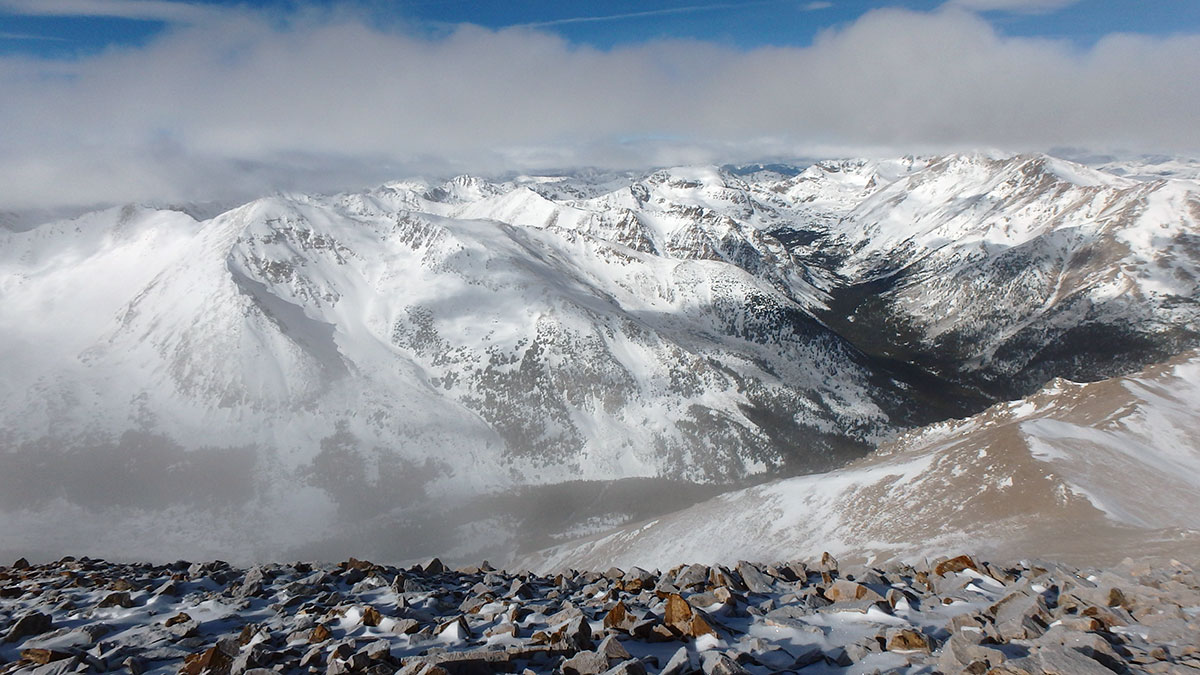 Tiny dots are cars moving on a highway toward Leadville 20 miles away. We pose on Elbert’s rocky top, putting the camera down and set on a timer to snag a group photo here up in the sky. 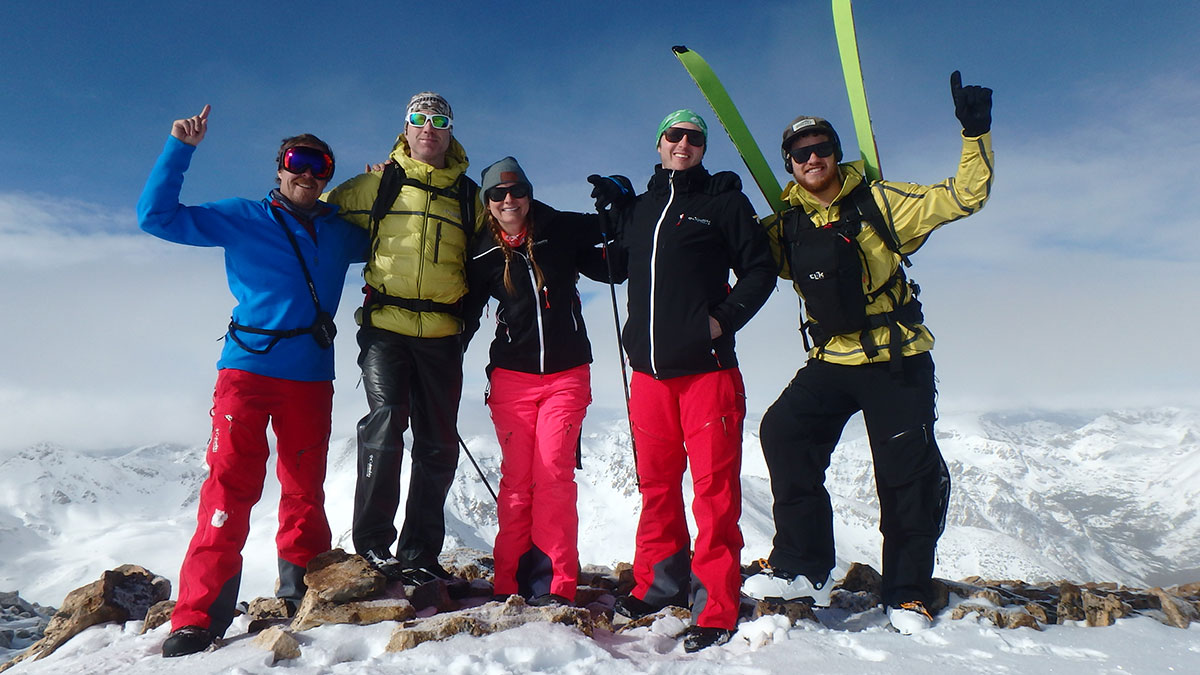 The clouds are moving closer. It’s time to head down. Doleac straps on his skis and carves the dense snow, dodging rocks and dropping out of sight. We trek and leap and plod down-mountain, put our packs back on, and look ahead. It’s miles to go and thousands of feet down through snow to the trailhead again. 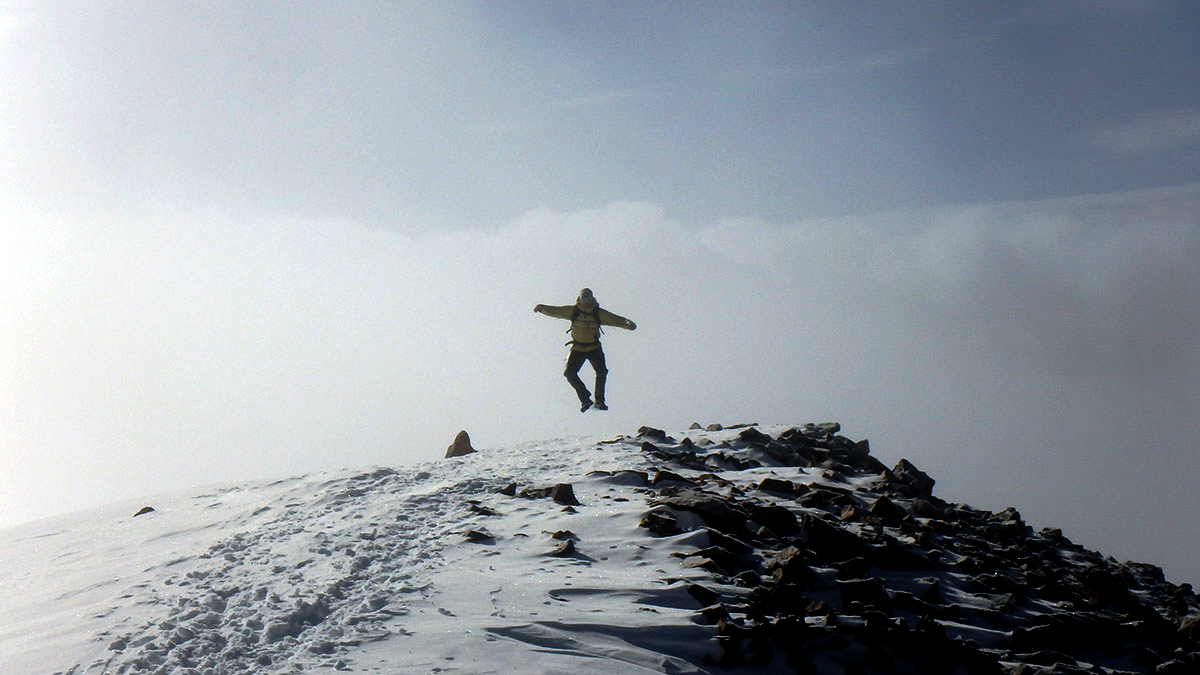 Up Next: Flat Expanses, Highpoints, Jackalopes: ‘Road To OR’