It’s official, the Outdoor Retailer summer and Winter show are moving to Denver. These are some simple facts to help you plan for the transition.

It’s been about six months since Patagonia’s boycott of the Outdoor Retailer convention prompted a flurry of politically-charged business decisions that ultimately forced the show from Utah.

Today, it officially found a new home in Denver, Colo. This article aims to boil down what we now know about Outdoor Retailer’s move to Colorado and how it will affect attendees, brands, and the outdoors industry as a whole.

Jan. 25 to Jan. 28, 2018: The next show will be a combined Outdoor Retailer-Snow Show, hosted at the Colorado Convention Center. That show blends the Outdoor Retailer Show with the Snow Industry Association Snow Show, which is no more.

Nov. 8 to Nov. 11, 2018: Denver will host its first Outdoor Retailer Winter Market. This show intends to give retailers and exhibitors a choice of time and market focus.

This show combines the Outdoor Retailer Winter Market with the SIA Snow Show.

The event will take place at the Colorado Convention Center. An on-snow demo will also be conducted during, before, or after the show. SIA will host this demo. We will update with details, dates, and locations as they become available.

Denver Mayor Michael Hancock confirmed that the Denver Convention Center will expand in the near future. Regardless, Outdoor Retailer Show Director Marisa Nicholson said that all exhibitors will be housed at the Colorado Convention Center for the shows. 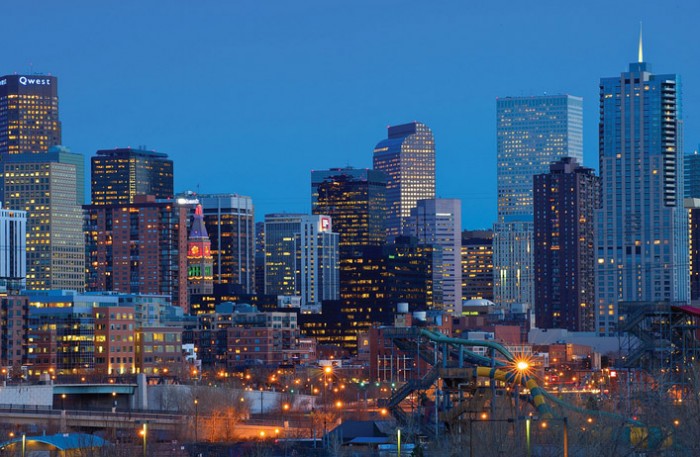 Early reporting had mentioned secondary venues. Nicholson assured us that this is not that case. Organizers seek a secondary venue to co-locate the Grass Roots Connect show, which is not part of the Outdoor Retailer Show.

Nicholson said the city worked closely with Outdoor Retailer to assure there are enough rooms available, and at a similar price to those in Salt Lake City.

“Denver has an abundance of hotel rooms. We will have an even bigger block here,” she said.

OR will make a block of hotel rooms available during Summer OR in Salt Lake. There, you can either visit the housing desk, or go online to the OR website to book a room for the Outdoor Retailer Snow Show.

Nicholson said organizers have not yet decided on a location or time for the outdoors demos. Denver has several lakes and parks close to the Convention Center that could be a fit for the event.

The Denver International Airport is now connected to downtown via the A-Line light rail. The train eliminates the need for a rental car for those staying near the convention center.

Let’s keep this back story brief: Outdoor Retailer left Utah, at least officially, due to politics.

That led to a cascade of events that eventually forced the Outdoor Industry Association (OIA) to vow to leave the state.

Since then, OR sought a home. Several states vied to host the event, which generated an estimated $45 million annually in Utah. Today, Colorado held a major press conference to announce landing the show.

We’re excited for the new show in Denver, but will bid a sad farewell to Salt Lake City, our home away from home for many years. GearJunkie will follow developments on Outdoor Retailer closely.