Home » Packs » Bike Share to Backpack: ‘Convertible’ Tote Does it All

Sure, tote bags are pretty boring. But this one converts to a waterproof backpack, messenger bag, and a handlebar-mounted case compatible with bike-share programs around the U.S.

There’s not much inspiring about most tote bags. The XFR tote, however, looks downright badass. Developed by Sparse and NOMO design, the XFR combines versatility with durability and a sharp aesthetic.

It is aimed at urban dwellers, especially the multi-modal folks who get around by a combination of bike, mass transit, walking, and car.

To sweeten the deal for bikeshare users, the XFR integrates seamlessly onto many major bikeshare program bikes. It fits on the front rack of these bikes and gives a place to stow groceries or gear. 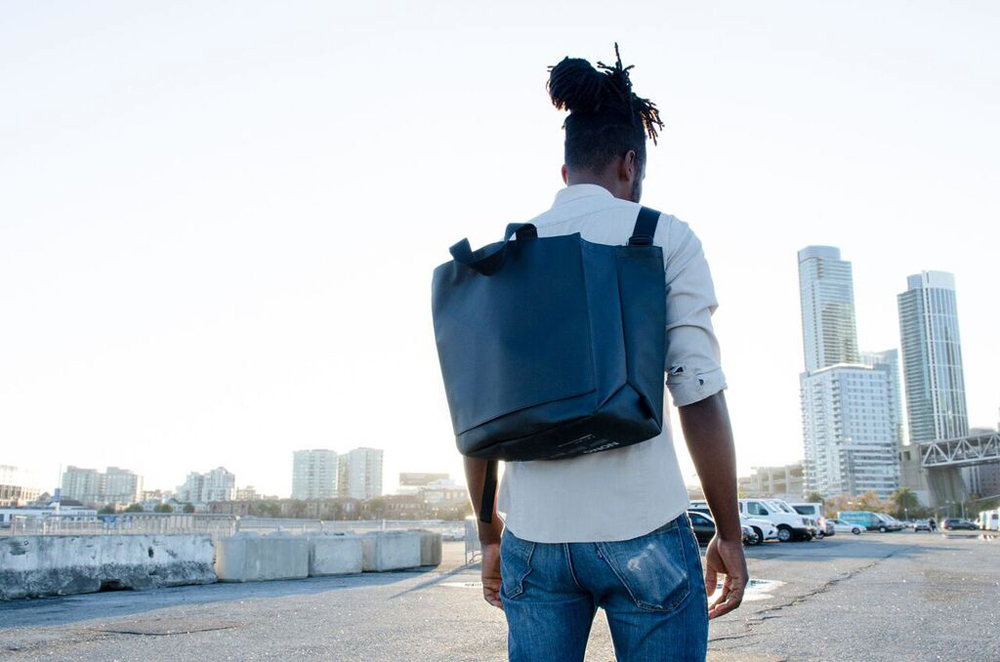 Bikes from the programs in London, New York City, Chicago, Montreal, Washington DC, San Francisco, Melbourne, Seattle, Minneapolis, Boston and Toronto are all compatible with the sleeve on the XFR that secures it to the handlebar rack.

“We were on a quest to address the issues of contemporary urban living,” says designer Colin Owen. “The difficulties of the movement of stuff from place to place and context to context turned up over and over again.”

The solution was a bag that can quickly convert between styles. But beyond the various configurations, the bag is also tough, made from bomber 600D double-sided tarpaulin and 4-bar nylon webbing, similar to what you’d find on a seatbelt. The brand even touts that you can use it as a seat pad.