In court filings, Patagonia alleges that Anheuser-Busch’s Patagonia beer represents a fraudulently obtained trademark that ‘deliberately has attempted to take advantage of the tremendous goodwill … and the hard-earned reputation that Patagonia, Inc. has built.’

You might have noticed a beer label with rugged mountain peaks and the word “Patagonia” in big, bold letters in the cooler last year. And because Patagonia, the outerwear brand, launched its own beer brand in 2016. So you’d be forgiven for thinking they were one and the same. 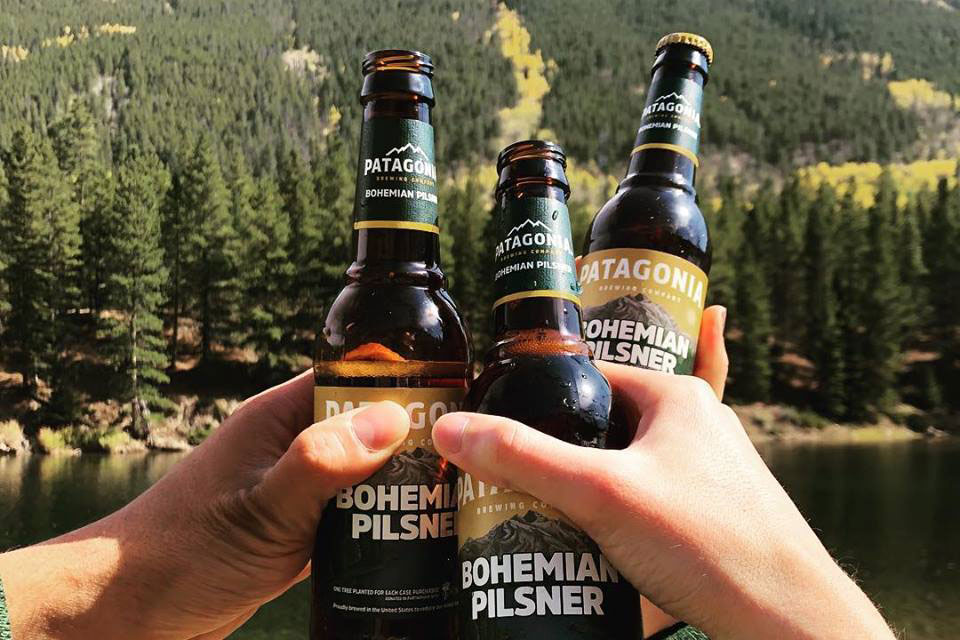 But in fact, Patagonia Brewing Co. is a registered trademark of Budweiser parent company, Anheuser-Busch. It’s a trademark AB “unlawfully obtained” in 2012, according to Patagonia, and sat on until last year.

And this week, Patagonia filed a lawsuit against AB for not only infringing on its trademark name and logo but also attempting to confuse consumers through conservation initiatives and handing out branded Patagonia beer outerwear at ski resorts.

Complicating the issue is that Patagonia Brewing Co. was, in fact, the American-branded test-market brand of the Argentinian beer Cerveza Patagonia. The South American brand launched in 2008, and AB later acquired it.

But while Patagonia’s suit takes aim at the beer’s logo and name, it also accuses AB of practices that deliberately attempt to “confuse consumers.” That includes setting up a pop-up Cerveza Patagonia shop at ski resorts. Vendors in black down jackets handed out beanies, scarves, and T-shirts — all with AB’s Patagonia logo.

What’s more, Cerveza Patagonia promises to plant a tree for every case of beer sold, a move the outerwear brand believes disingenuous. 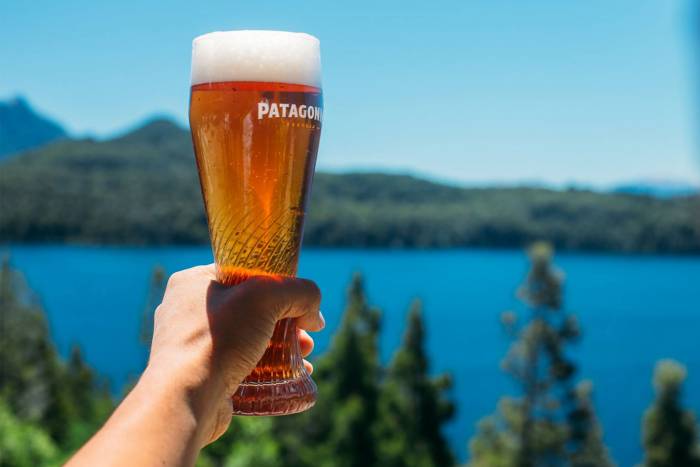 “[It’s] an initiative that Patagonia would welcome but for the fact that AB is clearly attempting to copy Patagonia’s famous brand identity to confuse consumers,” Patagonia wrote in its court filing.

When reached for comment, AB made clear it sees no issue with the Cerveza Patagonia name or its actions to promote it.

“We are aware of the lawsuit. We believe it to be without merit, and we will vigorously defend our trademark,” the brand said.

What do you think? Check out Cerveza Patagonia’s marketing video below. Let us know — is it confusing or misleading?