Home » Project » Leatherman: For Real Life » Origin Of Leatherman: The Road From Start-Up To Mega-Brand

Leatherman Inc. was once a start-up. Founder Tim Leatherman created prototypes out of cardboard and tried for more than 8 years to secure his first product buy. We caught up with Tim for some insight into the brand’s early days. 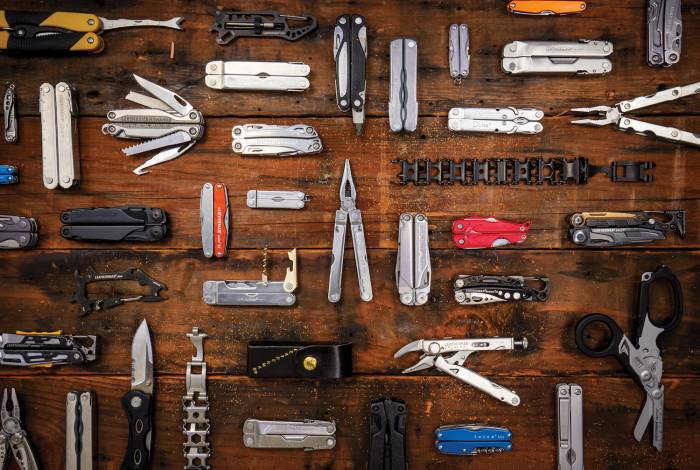 GearJunkie: Tell us the story of how an “untrustworthy $300 Fiat” was the impetus for your first tool.

Tim Leatherman: My wife and I took a budget trip to Europe back in 1975. After we got there, we bought a used 1969 Fiat in Amsterdam and started driving it around. It wasn’t very reliable and there were often times when I needed a pair of pliers to make a repair. I always had a pocket knife with me and kept wishing there were pliers attached.

Walk us through the process to make that first tool, from sketched designs to where it was made.

It all started with the idea, which I plotted down on a piece of paper that I carried in my shirt pocket. During those travels, my wife and I ended up in Tiran, Iran, and I had some time there in the hotel to make some designs and rough prototypes out of cardboard.

Once we got back home, I started working in my parent’s basement and garage to design and build the prototype that was in my mind. I picked up metal from wherever I could, once finding an old washing machine on the side of the road and stripping it for sheet metal.

Did you have any idea your concept would resonate so widely?

No, definitely not. I spent eight years in my garage trying to develop the tool and find a customer. I got pretty discouraged at times.

How many years did it take for the Leatherman to take off?

I spent eight years in a garage, and at the end of the seventh year, Steve Berliner, a friend of mine from college who had been following my lack of progress, stepped in and pointed out a few things I hadn’t tried yet. So we partnered up.

We decided that we wanted to get a big order to justify the investment of starting the company and creating a factory. We thought that if we could make and sell 4,000 tools in our first year that we could break even. We thought of the U.S. Army, then the telephone company, and then mail order catalogs (including Cabela’s). Ultimately, it was Cabela’s who ordered 500 tools with enough lead time (seven months) to get us up and running.

Steve’s father had a metalworking business, so we moved our equipment from his garage to that shop and also used his machines and employees on a subcontract basis. In the meantime, Early Winters, a Seattle mail order catalog, called and asked for 200 tools.

Two weeks later, Early Winters placed another order for 500 tools, because the 200 they featured were already sold. Another two weeks later, 750 had been sold, then 1,000 tools, and from there it took off.

What was the tipping point?

When Early Winters featured the Pocket Survival Tool in their catalog, people saw this strange product and thought, “Well, maybe I’ll give this a try!” The people that bought it absolutely loved it, and soon all their friends started buying it. Leatherman Inc. went from selling 200 tools in 1983 to selling 1 million tools in 1993.

The Leatherman is one of the most iconic pieces of outdoors gear. Was there a moment where you thought, “I have really invented something significant!”

Yes, in that first year when things were going so crazy compared to what we expected. At some point we thought, “Wow, what’s going on here?” Maybe we didn’t design a new pocket knife, maybe we designed something that’s in an entirely new product category.

It was retired in 2004, after being on the market for 30-plus years. We’ve created a few new multi-tool models based on the original tool, though.

Are all Leathermans American-made? Was there pressure to manufacture overseas?

Tim Leatherman, the inventor of the multi-tool, gave us a first-hand look at how his products are Made In The USA. Read more…

Was there pressure to take all manufacturing overseas? No, there’s never been any consideration to do that. We’re really proud of the jobs that have been created here in Portland, and it’s hard to match the quality that our factory lives up to.

What are some lesser-known advantages to producing multi-tools (or any product) in the USA?

There are a lot of hidden costs when producing tools abroad. Finding and hiring people, equipment costs, quality assurance, etc. Then there are the less obvious costs like corruption. When looking to buy a machine for X dollars, it ends up being X+50 percent because of all the people that have to be paid off in order to get it to your factory. 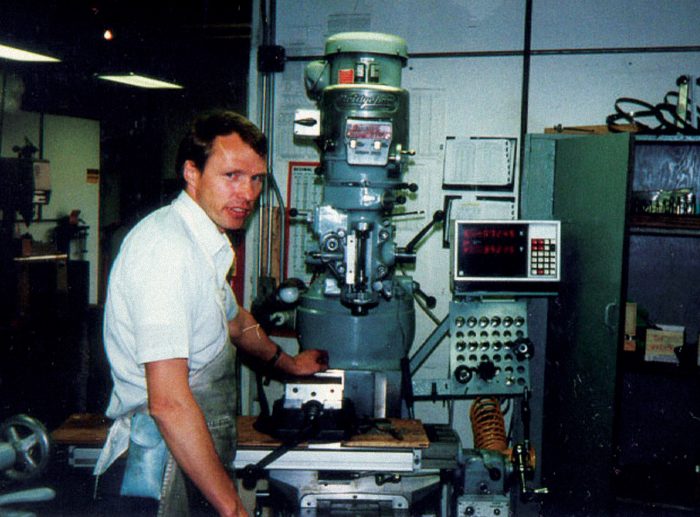 Plus, there’s the cost of bringing things in and out of customs. Overall, there are a lot of lesser-known disadvantages to producing abroad than people realize.

What big lessons have you learned over the past 30 years working in this industry?

One of them was to not use your competitor as a supplier. For a time, Gerber was our heat-treater for our knife blades. But from heat-treating that component, they were able to calculate our volume and watch it rise and rise, which prompted them to see the big demand and ultimately create their own multi-tool and become a competitor.

Anything you would change going back to do it again?

Once we were in business and things were growing rapidly, I wish we had found a way to increase our production faster. Demand was so high that we were struggling to keep up, which allowed time for competitors to come in.

I remember when K-mart came up to us during the Shot Show and asked to be a customer. We had to tell them that we will ship six months after the order is placed. They didn’t do business that way at the time, so they had to turn us down.

Gerber was already selling knives to K-mart and later started selling multi-tools to them because we couldn’t keep up with production speed.

Tell us what the immediate future at Leatherman will bring, and then any hints on a five-year outlook or plan.

My basic philosophy is that we’re in the business of helping people with preparedness. Our five-year plan is to continue to evolve as demands for preparedness evolves.

Let’s say that in the future, a screwdriver isn’t the tool you need to fix kids’ toys anymore. In that case, a Leatherman will need to have the relevant tool(s) for the job. Our goal is to always give you the tools you need to be prepared for the unexpected.

Up Next: Oct 14th Proclaimed ‘National Day Of Adventure’