In a major initiative this month, REI re-launched its in-house gear with a goal to become an industry leader, not just a budget alternative to name brands. 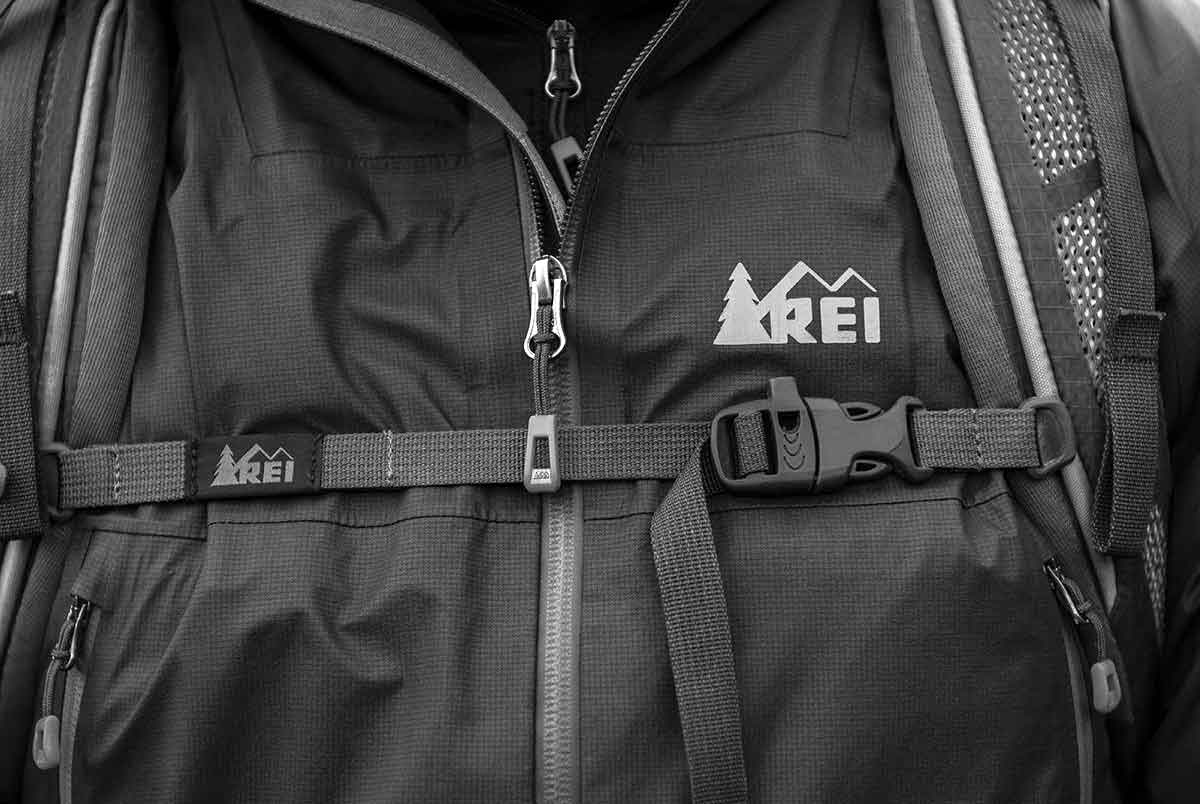 REI tents, packs, sleeping bags, and equipment have a reputation for value and quality. But, until this year, the co-op did not position its house brand as tip-of-the-spear.

The brand aims to change that this year with the release of 34 new products and an upgrade to existing lines. “No more will there be a perception of the product being a generic imitation of the thing you want,” said Nasahn Sheppard, the company’s divisional VP of product design, in a phone interview with GearJunkie.

We talked to multiple designers inside the company and received pre-release products to test. From lighter materials and updated waterproof membranes, to unique load-suspension systems on packs, REI touts it applied “customer feedback and in-house innovation” for the reboot.

The company’s Traverse and Flash lines get the most attention. Backpacks, outerwear, tents, trekking poles, pads, and sleeping bags are included in a re-launch of REI branded gear.

Manufacturing practices received an audit, and new facilities were chosen to make some of the gear. One flagship product, the Flash Rhyolite Jacket (see below), fit and functioned like a top-end shell, weighing just 11.9 ounces and incorporating an updated waterproof/breathable ePTFE membrane from eVent. 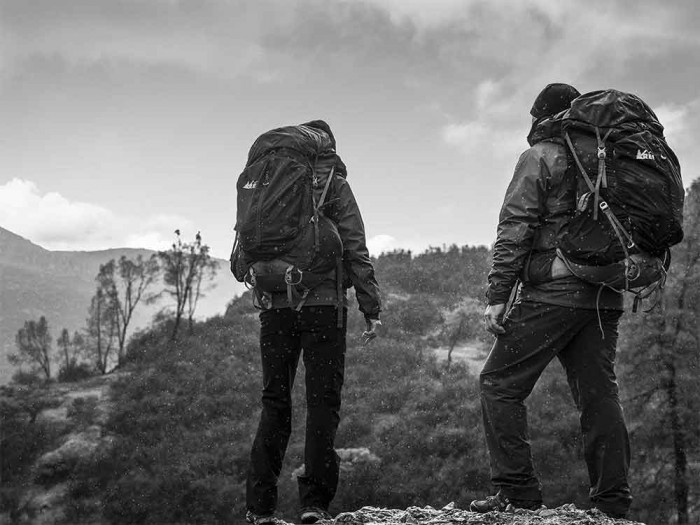 In addition, the co-op cut hundreds of SKUs, reducing its total product offerings by more than 35 percent, in an effort to streamline its offerings.

REI took feedback from co-op members during the design process, including getting prototypes and early production runs to various groups. Internally, the brand emphasized it brought designers from the apparel and gear teams together so products could “work synergistically.”

“We engage with co-op members and store teams to learn what works, what doesn’t, and what makes products better,” said Ian Eburah, the company’s creative director of gear and apparel.

Look for the new REI gear in stores now. Read on for a sneak peek, including thoughts on two products we received from the Flash line for a quick test.

The Rhyolite Jacket ($190) is a light waterproof shell. It tipped my postal scale at 11.9 ounces — extremely light for a fairly tough shell that will completely block wind and rain, and has a nice hood that’s compatible with smaller helmets.

It earns its lightweight status through minimal design. The two pockets are small. It is unlined. There is no powder skirt or extraneous fabric. This is a stripped-down shell at its most fundamental, and for anyone moving quickly through the wilds, the Rhyolite is probably all you’ll need.

I tested it hiking and backcountry skiing this spring, and I found the jacket to work as promised. As breathable materials go, the eVent DValpine is one of the better choices for its ability to transfer moisture — it will turn away rain and wind 100 percent up to 60 miles per hour, according to the brand.

I like this jacket as a light shell option, and it will make a good choice for hikers, mountaineers, climbers, or anyone who wants a light waterproof breathable shell. 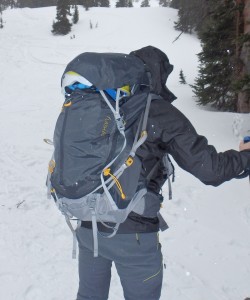 The Flash 65 Pack ($200) will certainly be at home competing against other quality backpacks on REI’s wall, from any brand. The pack is at the light end of the scale, weighing 3.5 pounds at a volume of 3,845 cubic inches (size small).

It has organizational compartments, including hip-belt pockets, a large back pocket, and lid. Requisite attachments for ice axes, trekking poles, or skis are located on the outside.

The Flash 65 uses aluminum stay rods and a suspended mesh panel to carry the load away from the body. (I didn’t get a chance to see how the ventilation works, as my testing all took place in cold weather, but the design does keep the body of the pack away from the wearer’s back, a trait that should help it work in warm weather.)

The pack held its load comfortably, with the weight dispersed over my back, hips, and shoulders. It did great for my brief test, but more thorough testing is needed to see if the design for long-distance hiking.

The “3D Contoured” hip-belt, foam padding, and shoulder straps all felt good, and I like the unique load lifter straps that run from the bottom-back of the pack to the top where the shoulder straps meet the frame. A solid tug on these straps helps snug the load to the body, resulting in a close-riding pack that feels connected to the body.