For 2017, Rab and Polartec strip jackets ‘naked’ for a new take on the mid-layer game. 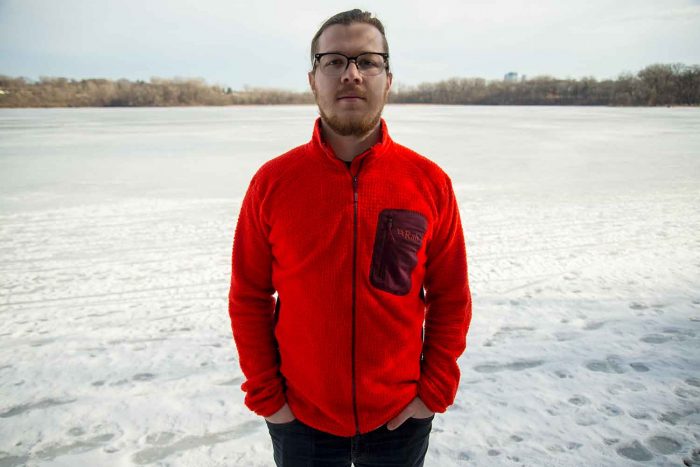 Remove the outer fabric from an insulated jacket. Take out the liner material. Now wear what remains, something akin to a ragged fleece.

That’s a crude picture. However, with a to-be-released jacket, British brand Rab did essentially that. Made of a knit polyester, the body of the jacket forms an airy structure that traps heat.

The fabric is made in the USA by Polartec. It’s knit in New Hampshire and called Alpha Direct. The term “naked” refers to its lack of face fabric — the jacket is composed of a sheen of raw insulating fibers.

It’s called the Rab Alpha Flash Jacket and comes to market later this year for $125. I tested one over the winter and was impressed with its warmth and breathability while on the move.

For years, the original iteration of Alpha has been available as an insulation option. The knit polyester fabric forms an airy structure that traps body heat and breathes. Major brands use it in jackets and insulating layers.

Originally designed for the U.S. military, Alpha replaces down and other insulation options. Its advantage is above-average breathability and quicker drying times if it gets wet.

It was developed by Polartec for the U.S. Special Operations Forces. Now declassified, the first-of-its kind insulating material will be used in jackets by outdoor brands beginning in 2013. Read more…

I have long worn jackets with Alpha inside, and I trust the insulation for climbing, winter running, and other active pursuits. It works.

Polartec released the new version — Alpha Direct — last year, which is more durable and resilient. It’s used inside jackets in traditional applications, as well as in its “naked” form by Rab and Norway-based Norrona.

Rab will be the first brand to market with a product made from Polartec Alpha Direct with no face or back fabric.

The Rab Alpha Flash Jacket ships next fall. GearJunkie got an early-release version of the jacket this winter. It’s been a go-to layer for me ever since. 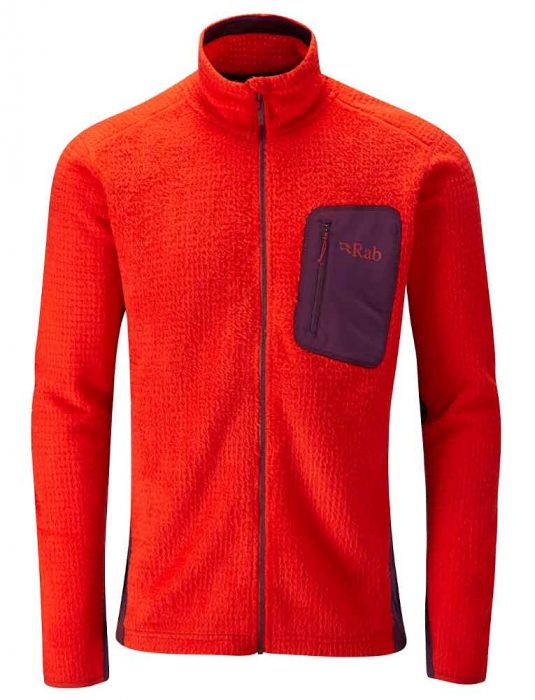 The Rab Alpha Flash Jacket is a basic piece — it has Alpha Direct over most of its shape with stretch panels under the arms and along the sides. There is a single chest pocket, a waist hem, and no hood.

Like many Rab products, the Flash is pure function. There are zero bells and whistles.

In my usage, the jacket performed as promised, and I came to depend on it for cold days when I was active.

For its weight and thinness, this top is incredibly warm. You feel body heat trapped near skin the second you pull it on in the outdoors.

It’s a comfortable coat. But the cartoon-red material got some looks. Its vibrancy, combined with the furry aesthetic, prompted more than one comparison to a Muppet named Elmo.

Alpha Direct is made of post-consumer recycled polyester. In its naked form, it is essentially a synthetic fleece on steroids — warmer and more breathable. It works alone or layered under a shell.

Its main advantage is its heat-trapping ability combined with an open-knit construction. Air can easily pass through, granting better breathability.

Or, use it underneath a shell jacket. The thin material serves as a substantial mid-layer for the coldest days. It is a good choice to layer under air-permeable shells made from fabrics like Polartec Neoshell or eVent because they take advantage of the super-breathable properties to keep you drier during aerobic activities.

Compared to regular fleece made by Polartec, Alpha Direct naked is lighter and has a different knit construction. Alpha Direct uses higher-loft fibers in a lower-density knit.

For the Rab jacket, this results in an overall weight of about 8 ounces. It packs small, rolling up to about the size of a grapefruit.

Look for Alpha Direct “naked” beginning this summer and into 2018.

Rab and Norrona are the first adopters of the airy Alpha Direct template. Other brands seeking a high warmth-to-breathability ratio would be smart to test the Polartec offering for future outerwear designed for moving fast in a cold outdoors world.