The 2018 Winter Olympics kick off in February in Pyeongchang, South Korea. The Games just revealed the gold, silver, and bronze medals athletes will win. 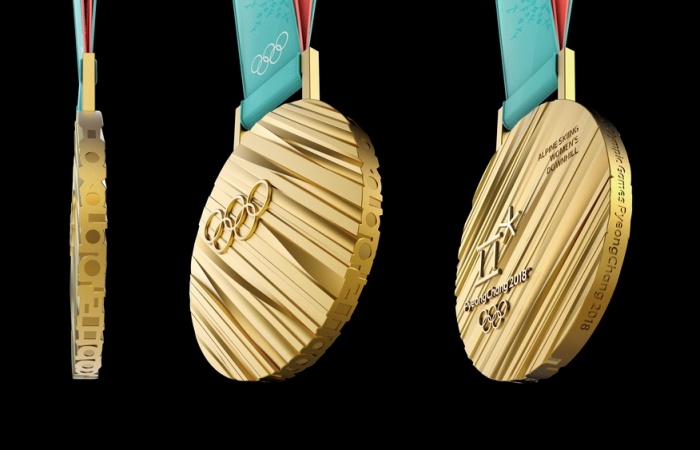 Perhaps the most coveted of all trophies, Olympic medals serve as iconic symbols of athleticism. For next year, the dynamic 3D “slashed” Korean medal designs should not disappoint. According to a press release from the organizing committee, the unique design celebrates Korean culture.

Hangeul, the Korean alphabet and the foundation of Korean culture – has been incorporated into the design of the medals (as it has also been used in the Games emblems and pictograms). A series of consonants have been selected to symbolize the effort of athletes from around the world who bring their youth, solidarity and national heritage together to compete on the stage of PyeongChang 2018. The official slogan of the PyeongChang 2018 Games – ‘Passion Connected’ – also embodies this belief and the Olympic values; excellence, friendship and respect.

The consonants run around the rim of the medals.

Lee Suk-woo, an industrial designer from Korea, designed the medals. The front of the medal bears dynamic diagonal lines that symbolize “both the history of the Olympics and the determination of the participants.”

The back of the medal denotes the sports discipline and event alongside the Games’ emblem.

Traditional Gapsa textile of Korea forms the ribbon from which the medal hangs. The light teal and light red ribbons are embroidered with Hangeul patterns and other designs to represent the delicate and refined beauty of Korea.

The gold, silver, and bronze medals have a wood case inspired “from the curves of Korean architecture … like so many of the temples and buildings in the countryside.” 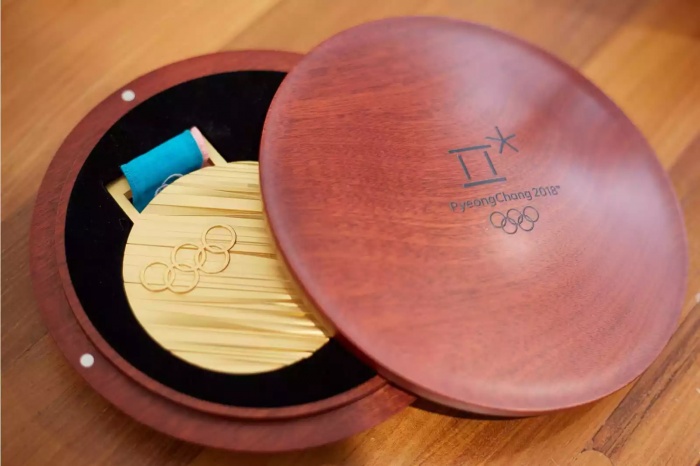 Pyeongchang, South Korea, will host the 2018 Winter Olympics from Feb. 9 to 25, 2018. But security concerns surrounding neighboring North Korea already have some countries waffling about the competition.

Yesterday, French officials announced the country would skip the games if security was not guaranteed.

North Korea conducted its sixth and largest nuclear test on Sept. 3. The test prompted global concerns about the security of the region, including the upcoming Olympic Games.

Pyeongchang sits just (50 miles) from the demilitarized zone between North and South Korea, the world’s most heavily armed border.

But the International Olympic Committee confirms the games will go on. There is no plan B for another host city.

And for those athletes talented enough to win a medal? They certainly are stunning. 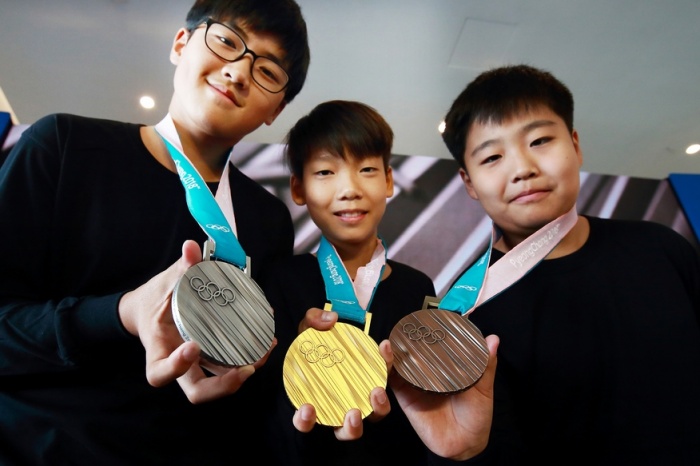