You know that old base layer that smells no matter how or how many times you wash it? One company claims that’s a thing of the putrid past. 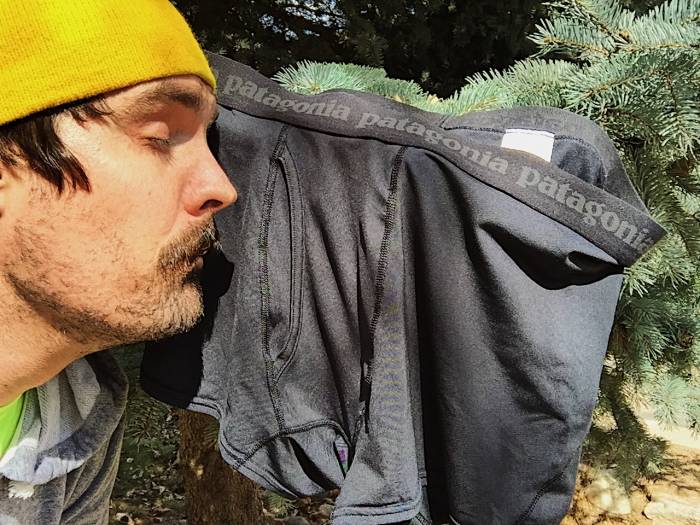 Last week I traveled from Colorado to Senja, Norway, to ski big lines with Pure Ski Touring. I am a larger-than-normal human, which means big gear and lots of baggage fees. I trimmed the fat where I could.

Thus, I brought just one pair of boxers for ski and travel. I chose a Polygiene-treated pair of Patagonia boxer briefs (I did bring a second pair to wear at night).

I was part of a group of testers Polygiene brought over to put its product through the wringer. Polygiene is a silver chloride odor-control treatment that destroys the yucky odor footprint left behind in gear and garments. It works by inhibiting bacterial growth, and thus the stink of dirty skivvies.

I am a gross sweaty beast, so I figured I’d give ’er a test drive.

I hung the Patagonia briefs at night and sniffed in the morning prior to the day’s events. OK fine, sometimes I sniffed at night, too. That’s not gross. It was in the name of science, an impartial secondary sniffer could not be found, though many were asked.

With a special anti-microbial fabric, our writer braved nearly six months of no-washes-allowed use in the Rab MeCo shirt. Here are his results from the nose-defying wear test. Read more…

Stank-o-Meter: 1. We’re stylin’ after only a few hours of hanging up.

Polygiene is an effective tool in the quest for stink-proof clothing. Read more…

Stank-o-Meter: 1.5. I got in late, hung the briefs up for only a few hours, surprisingly OK.

Day’s Activity: Little Horse to Big Horse, we walked forever, sweaty until whiteout on ridge, great skiing… once you could see.

Stank-o-Meter: 2. How’d it get better?! Last day and I’d be cool with using these as a coffee filter. Well, ok, that’s gross. But really, the smell wasn’t that bad.

Wow, I am a Polygiene believer. Prior to the trip, I was pretty skeptical, thinking that maybe it will keep garments stink-free for lil’ dainty baby humans, but I am an enormous 6’5”, 240-pound sweaty Irishman. 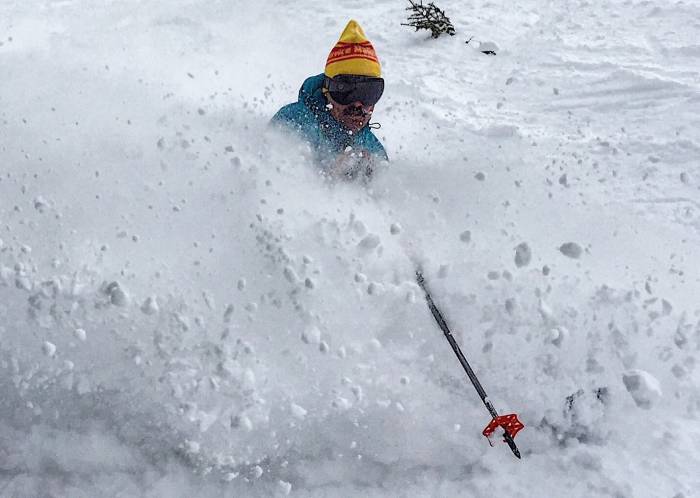 Curdled sausage gravy flows from my pores during ski touring… or thinking too hard. I thought there was no way Polygiene-treated boxers will stay stank free with me.

Well, I was very wrong. I was blown away with the results — or lack of them. After a week through the wringer, the undies didn’t smell. Nor did the Polygiene treated base layers I’d been wearing for four days straight without deodorant.

Perhaps Polygiene will develop an ingestible pill to defunk my psyche.