Superfeet worked with HP to create fully custom, supportive, and flexible insoles. I scanned my feet, measured my gait, and tested the ME3D insoles on hikes and trail runs. 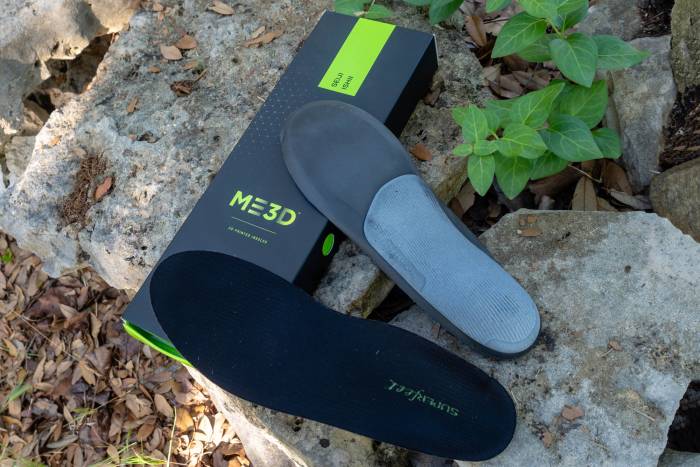 Over-the-counter insoles just got a lot better. At 20 stores across the U.S., scanning machines analyze foot pressure and gait to deliver the best insole for your feet.

I was scanned and analyzed at a participating retailer in January. Since then, I’ve extensively tested the insoles for both daily use and a myriad of outdoor activities. The custom ME3D printed insoles cost $150.

In short: The Superfeet ME3D Custom 3D Printed Insoles provide an accurate custom fit, with a personalized mix of support and flexibility. And they’re competitively priced and quickly accessible compared to other custom insoles. The ME3Ds provided comfortable and firm rear-foot stability, and cushioning is a secondary feature. 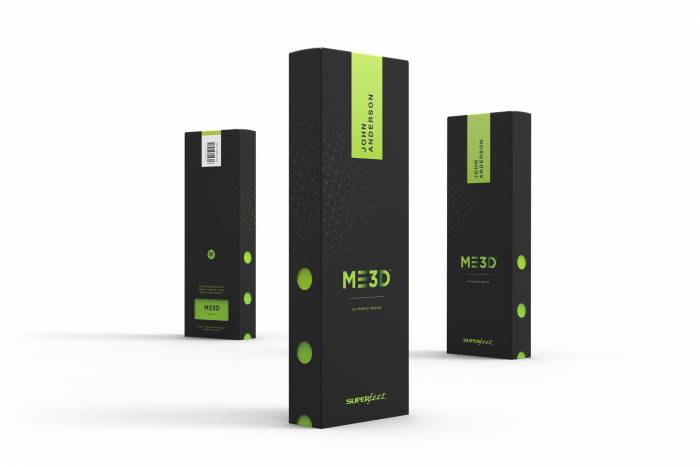 In 2016, Superfeet teamed up with HP Inc. for its technologies. Superfeet attempted 3D printing prototypes for the past five years, but the standards weren’t up to its demands for consumer products – until now. 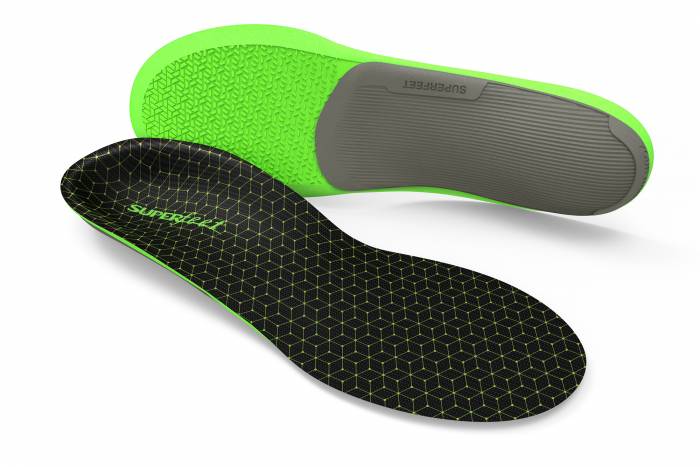 I had my feet scanned and gait analyzed at a Boulder, Colo., specialty store. The amount of detailed information garnered was impressive.

Without prior knowledge, the operator discerned that something was amiss with my right side – and he was correct. I was at the tail end of recovery from an ankle injury. He also relayed his findings, which matched what I felt when I ran. I had a rigid, stable foot, but a low arch, which is somewhat of a rare combination.

The insoles arrived in a little over two weeks, and my size 10s weighed in at 3.1 ounces for the pair.

Custom Insoles: Who They’re For

It’s worth noting that not everybody wants or needs custom, supportive insoles like these. For those who don’t need additional stability, skip this investment.

But for others, like me, these are very useful. I previously had custom orthotics made by a doctor to help my oversupination/underpronation. And while this isn’t an apples-to-apples comparison, it’s hard for me to not notice how similar these are in the added rear-foot control. I think of custom insoles like the Superfeet ME3D as the step between medical orthotics and over-the-counter insoles.

So who should look at custom insoles like this? People who succumb to a loss of foot stability or structure after long hours may want to give them a try. Others who have lower arches, or pronation or supination dysfunction, are also good candidates to try custom insoles like the Superfeet ME3D.

Features of the Custom Insoles

The heart of the ME3D insole is the 3D printed Smartcap heel cup, composed of a proprietary mix of polymers and carbon fiber. This heel cup has five separate zones that Superfeet individually tunes for five different levels of flexibility.

Additionally, the Smartcap has longitudinal ridges to fine-tune torsional stiffness and support. These can be rotated up to 60 degrees off-axis. A custom-shaped, full-length, 3-mm Aerospring Sync Foam liner completes the package.

Initially, using the insoles for full days produced some heel soreness, but this dissipated after the first few days. I couldn’t tell if I was getting used to the insoles or if the heel cups were softening. The heel cups accurately follow the contours of my anatomy all the way to the front of my arches.

I was aware that the insoles were more structured compared to the stock insoles and that they made contact with the entirety of my arches. The loss of heel depth in the shoes was the most noticeable trait. In my shallower models, this felt discerning, particularly on sidehills.

More aggressive activities, such as scrambling with full packs and trail running, highlighted the supportive feel of the ME3D insoles.

The stiff Smartcaps gave the sensation that the load placed on the heels and arches was spread out and redistributed over more extensive sections of the midsoles. Although this detracted from the cushioned feeling at the heels, the overall sense of stability was an advantage in challenging terrain.

Compared to stock insoles, these were rigid. But the engineered flexibility was also evident, as the insoles remained comfortable over long days and hard runs after the initial break-in period. The foam liners felt similar to other quality insoles; no attributes stood out for better or worse.

My feet got used to the insoles over time. And the awareness of the Smartcap’s differences over the stock insoles dissipated other than the improved stability. The polymer and carbon fiber fared well during the testing period, and the structure and load-bearing characteristics remained constant.

The foam liner showed signs of breaking down under the ball of the foot but remains functional. The front inside edge of the Smartcaps have pulled away from the liners, but this has not detracted from performance.

The Superfeet ME3D Custom 3D Printed Insoles improved rearfoot stability with a custom fit and tuned flexibility. They spread the load across a more extensive section of the midsole, providing a buoying sensation and improved lateral stability within the shoe. The insoles are better suited to deeper and lower heel cups, as they add noticeable rearfoot height.

These custom insoles can provide a solution for people with oddly shaped feet who want a more rigid and custom-fitted platform, particularly under the arches. They are not medical orthotics but can provide improved fit and support at a relatively affordable price.