The smartwatch market is taking off, and Fitbit — one of the original activity-tracking watch brands — is clearly taking steps to win over more women in the process. As such, Fitbit yesterday announced the launch of the Versa, the brand’s lightest smartwatch and its first equipped with period-tracking technology for a “holistic picture” of fitness.

In the Versa smartwatch, coming to market in April, users have access to a menstruation monitoring app. Fitbit’s release reflects a trend among brands actively including women.

Power of She: REI Partners With Women's Fitness Brand Athleta

In an effort to get more women outdoors, REI is teaming up with Athleta and expanding its women's clothing offerings. Beginning Feb. 28, women can shop for Athleta at REI. From hiking shorts to yoga pants, a selection of Athleta brand apparel will be available in 14 REI stores and online at REI.com. Read more…

According to Fitbit, the Versa will offer typical smartwatch functions like answering texts, tracking fitness goals, and providing directions. But with the built-in tracking app, Fitbit aims to help its female customers identify irregular patterns in their menstrual cycles.

This means the Versa could alert them to many potential health concerns and help explain any differences in performance from one week to the next.

Fitbit Versa: ‘The Smartwatch for All’

“The period can be the canary in the coal mine,” said Dr. Katharine White, who collaborated with Fitbit on the app and developed medical content to be released with the Versa. 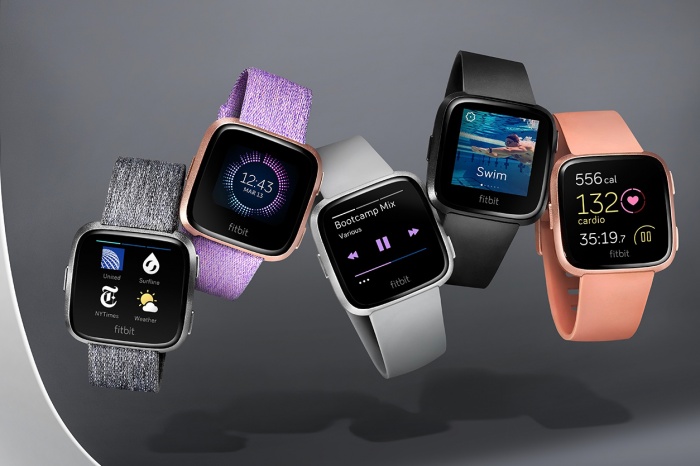 The brand recommends using the Versa menses app to “log your period, record symptoms, compare your cycle against other health stats like sleep, activity, and weight.” Despite its resemblance to popular fertility trackers, Fitbit emphasizes the app was not engineered with this use in mind.

The new “squircle”-shaped Versa, the brand’s second smartwatch to date, is part of a growing visibility of women in the fitness wearable market. In fact, Fitbit is not the first to incorporate period-tracking capabilities; Apple did it in 2015 with HealthKit. 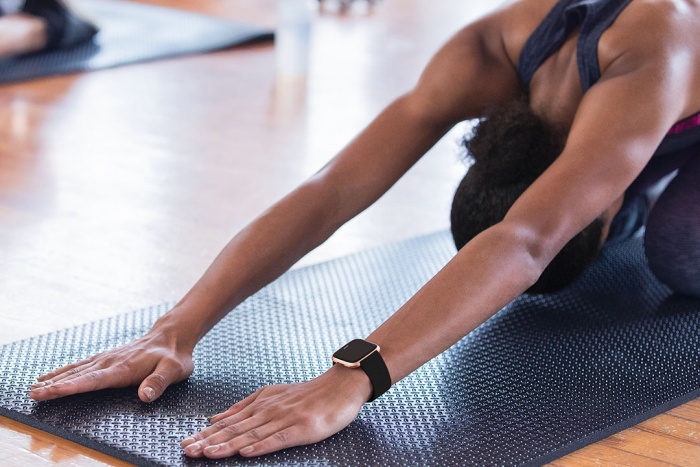 But unlike HealthKit, Fitbit’s Versa is compatible with Android, iOS, and Windows. It has 4 days of battery life compared to the Apple Watch’s 18 hours. And you can store music directly on the Versa without the need of a phone.

There’s a good reason Fitbit dubs the Versa “the smartwatch for all.” Among other things, male and female users can monitor their heart rate around the clock and receive personalized coaching, including “guided breathing sessions” based on heart rate data.

The Versa is available for preorder now for $199 — $100 cheaper than Fitbit’s first watch, the Ionic. And it comes in several color combinations, including your choice of a silicone, leather, metal, or woven accessory band.