The era of efficient micro-lighting has arrived. A decade of R&D, dozens of product iterations, and a sustained march in LED manufacturing now presents consumers with exponentially better ways to see in the dark. 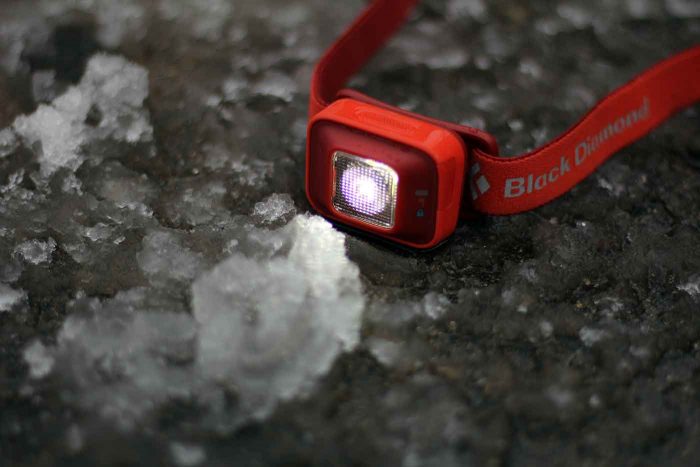 In the category of headlamps, the factors of low-price, high-brightness, and functionality have collided. At $40, a model like the Black Diamond Iota, reviewed here, is representative of the highly-evolved specimens now seen across the outdoors.

I’ve been testing it for five months. New this year, the Iota is tiny and bright. It’s easy to use, comfortable to wear, and it includes about five “glad they thought of that” features that are indispensable (though I hardly knew I needed them at first).

The 150-lumen headlamp is sold as an all-around, everyday model. Black Diamond notes running, hiking, biking, and bouldering as applications for the matchbox-size unit.

You can hardly feel the Iota on your head. It weighs about 2 ounces on its comfortable, easy-to-adjust headband. From the minuscule face, which is less than 2 inches wide and 3/4-inch deep, an amazing amount of light can shine.

At its max output, the LED runs for about three hours, much longer when dimmed. I found the mid-level brightness adequate for most uses, allowing the battery to last for many hours between charge-ups. 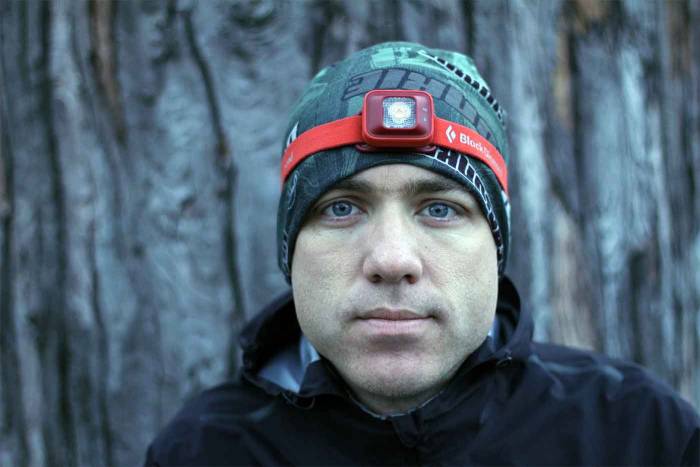 The Iota is Black Diamond’s smallest and lightest rechargeable light. Its lithium-ion battery charges via a wall socket or a USB port on a computer.

A single button controls brightness and on/off. Push it and hold, and the light dims quickly from its top brightness setting down to low. You release the button to stop at any point where optimal glow is achieved, depending on the task ahead.

The square face is adorned with a single, strong LED that puts out an even cloud of light. I was impressed with the unit’s power in the pitch black woods.

Its white bubble of light is enough to trail run on tricky terrain. Its 150 lumens were brighter than expected, glinting reflective signage or dewy tree branches hundreds of feet ahead. 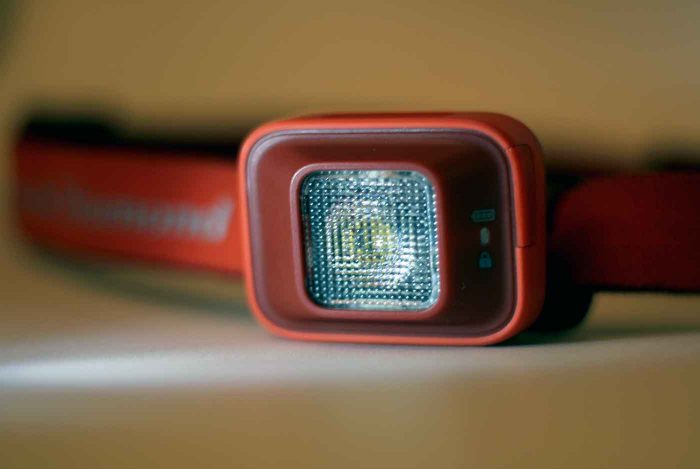 The company rates its beam to reach about 120 feet at max. In my use the light extended further than that, though obviously diminishing the more it stretched into the night.

On the mountain bike, however, the Iota is not a replacement for a strong beam that can blaze a trail in virtual daylight. I used my Iota as an ancillary light source while riding to provide definition via a second beam.

A 500-lumen LED cannon on the handlebars cuts a tunnel through the dark. It is my primary source for nocturnal singletrack sessions.

Black Diamond designed the Iota for training and what it calls “urban adventuring,” not necessarily deep wilderness or expedition use.

You cannot take a stash of spare AAA batteries to power it on a long backpacking trip; you need a portable USB power bank. 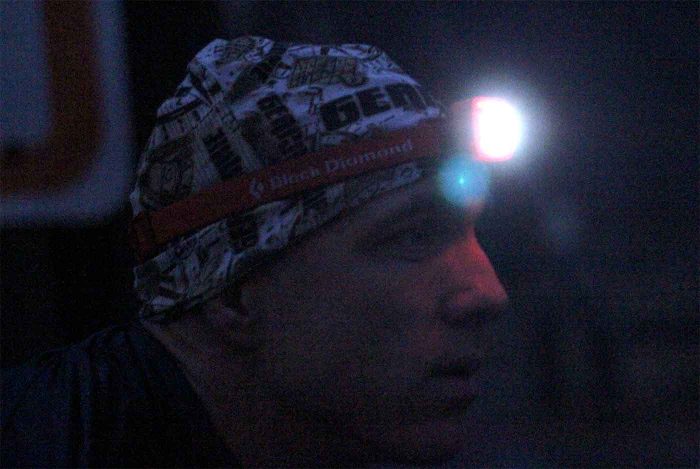 It does not zoom, though the face tilts on the headband for angling the light. The Iota gives an oval-like beam, which lights up a 180-degree bubble while also projecting out into the night.

However, its 150-lumen brightness is not enough in some applications where either speed of travel or distance of beam exceed this category of micro-light (as in alpine climbing, or the mountain biking scenario above).

A unique feature, the company includes something called PowerTap Technology. It allows for transitioning between brightness modes when you tap on the side of the headlamp near the lens.

You can use PowerTap for a quick mode change. I found the feature to be neat, though I rarely employed it while on the move.

A lock mode is included. This lets you disable the on/off button when storing the headlamp in a pocket or pack. It’s a nice security touch so that you don’t arrive somewhere dark with an accidentally-drained light.

The unit is water resistant, rated to IPX4. This means it’ll stand up to splashed water, rain, and sleet. Don’t swim with it, though. 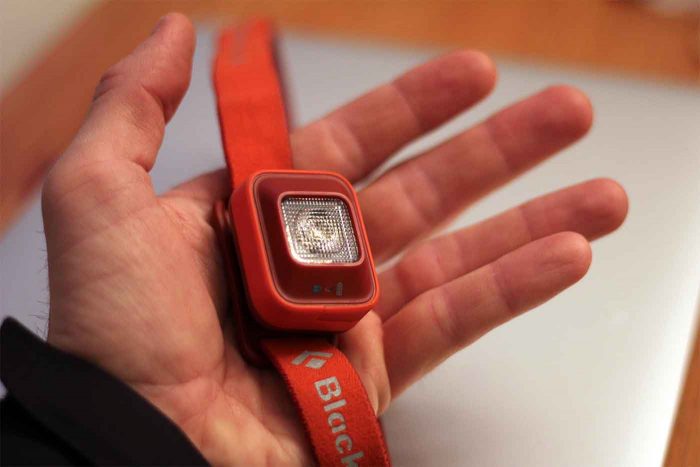 The Iota has a power meter on its face. A minuscule LED reveals remaining battery life for three seconds when you switch it on.

At $39.95, the Iota is a deal. The unit comes in five colors, is small, bright, and highly usable. I put it through a test for five months. Today, it’s my new go-to mini light for most anything outdoors after dark.

Up Next: GoPro Recalls Karma Drone