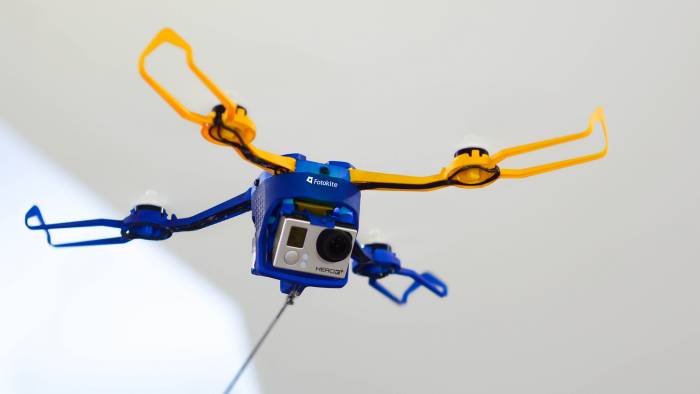 [leadin]If selfie sticks weren’t yet annoying enough, this one not only holds a camera but buzzes and hovers just above a user for the perfect photo angle.[/leadin]

The Fotokite is basically a tethered drone. It is controlled by physical input through a string leash, not a remote control. It carries GoPro cameras (models 3, 3+ or 4), and possibly similar knock-off models, in a small holder under the body of the device.

The leash makes for easy flying and less opportunity for user error. The retractible leash limits flight to 26 feet high, just enough for great views (and to get in other people’s photos).

Similar to other quadrocopters, lift is provided by four soft plastic propellers. The company is aiming for a flight time of 15 minutes per charge.

The device weighs 12 ounces and fits into an easy-to-carry canister pack (see image below) to allow transport pretty much anywhere.

The product was invented by Perspective Robotics, a Zurich, Switzerland, company founded in 2014. The technology for the Fotokite came out of a university PhD research project.

With this easy accessibility and low entry cost, I can imagine a flock of Fotokites zipping around crowded vistas anywhere tourists are present.

There could be some great uses for the product, and it reduces some of the technical limitations of drones. It may avoid FAA regulations due to being “tethered.” 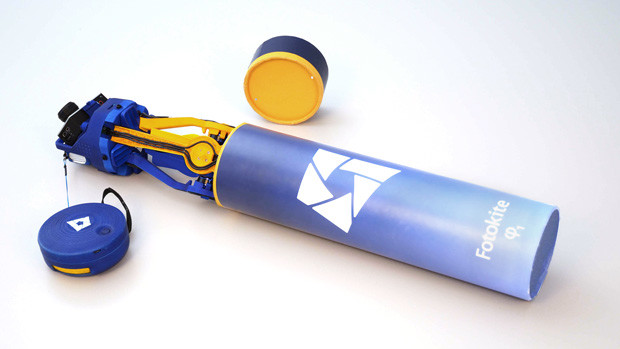 The Fotokite will have useful applications in commercial and journalistic work. The company also makes a “pro” model, and for working media and citizen journalists, getting a higher perspective can be a great news-reporting tool.

But there’s a real possibility of these things becoming a nuisance in popular areas and with crowds — just imagine a swarm of these at the rim of the Grand Canyon. 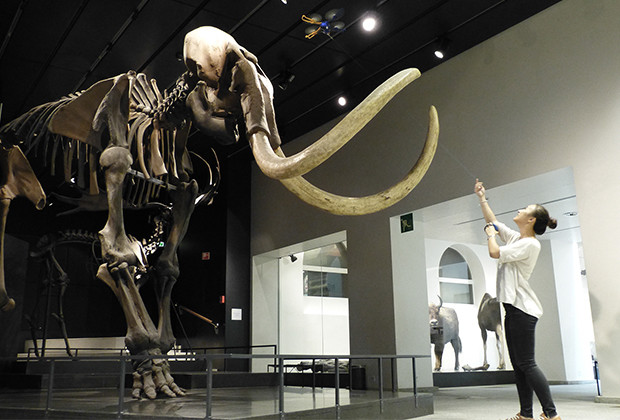 Many parks and popular destinations have already gone so far as to ban the innocuous selfie stick. How about a buzzing, flying camera holder? And in a museum (like the photo promoted by the company above)? Really?

The Fotokite will, quite literally, elevate photography and videography. But most users can accomplish quality photos by just pointing the camera away from their face at a beautiful subject.

While this gizmo is neat, it may require restraint by users to keep from being banned in public places where crowds are present or where drones already are not allowed.