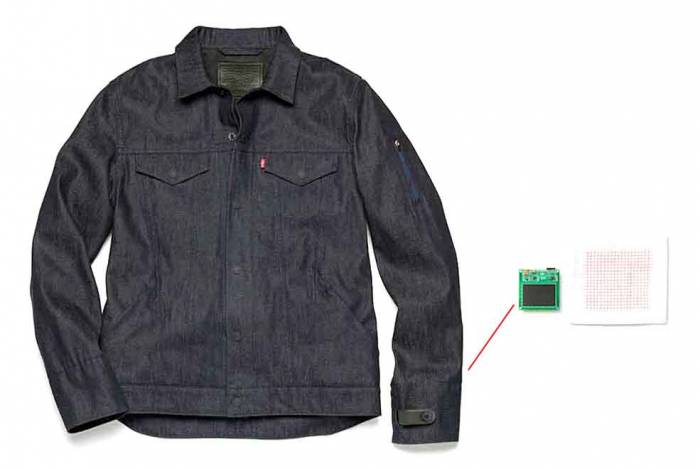 Swipe a finger across your sleeve to answer a call. Or, tap your cuff to switch songs and control an app. Google and Levi’s today announced a programmable fabric patch that could redefine ‘wearables.’ 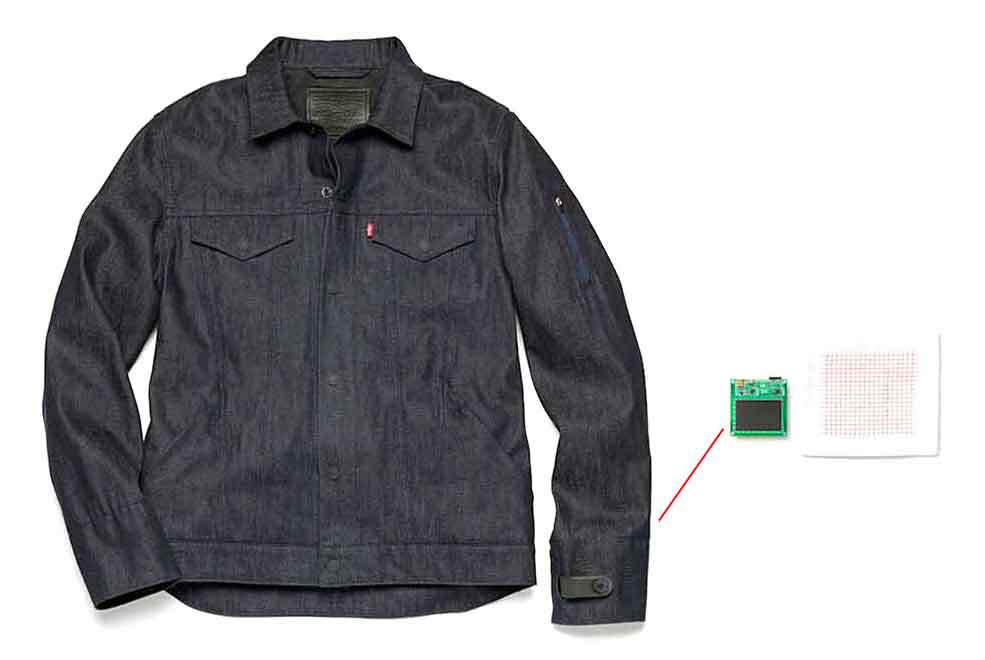 A touch-sensitive fabric that can be woven into any material? It’s real now, and today at its annual developer conference Google made public a project using tiny electronics and conductive yarns that serve as an interface to wirelessly connect to a phone or other device.

Pre-programmed gestures created with an app let you control various functions with the swipe of a finger. It debuts in a jean jacket made by Levi’s, and the whole shebang comes with the noble name of Project Jacquard.

The initial technology was announced in 2015. Today, the news is the first product that incorporates the touch-sensitive fabric, which purportedly can sense contact, proximity, and pressure to offer multiple ways to control a device.

Google notes the conductive yarns can be woven anywhere on a garment or throughout a textile to create a “large, interactive surface.” A tiny chip and a battery are included, all housed in a unit “the size of a button that’s sewn into the garment.”

The touch panel has a haptic motor for vibration feedback as well as tiny LED lights. Its battery, which needs recharging “every couple of days,” has a USB port to plug it in.

Urban bikers are the first market. A promotional video shows a jean jacket wearing rider using a Jacquard interface to control music, get map commands for navigation, and ignore or answer incoming calls.

All this is done by simply touching the fabric on his sleeve. The result is a seamless experience where the clothing becomes the interface, and the rider is not encumbered by needing to take out his phone for on-the-go functions.

We assume a jean jacket is only the first product. Conductive threads and embedded (waterproof) chips sound like a recipe for some serious outerwear and apparel innovation in the near term.

No word on price. The Levi’s Commuter x Jacquard by Google Trucker Jacket goes into beta testing this fall, the company said. It is advertised to launch to the public in the U.S. beginning spring 2017.