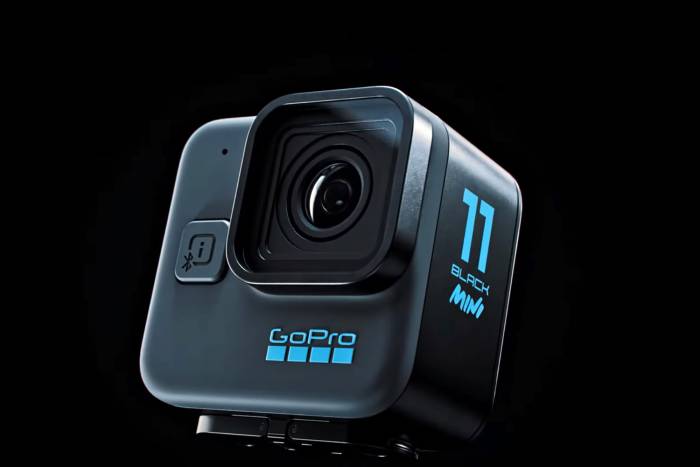 The GoPro HERO11 Black comes with multiple improvements over its predecessor. However, big things come in small packages, and the Mini variant made the biggest splash.

GoPro introduced the brand new HERO11 Black and then sought to make a smaller version that’s just as good. The HERO11 Black Mini consolidates most of the bigger camera’s capabilities, offers leading-edge video quality, and shaves weight and profile.

The array tops out in capability at the HERO11 Black Creator Edition. But the whole line comes with a bigger sensor than ever at 1/1.9 inches, which renders 5.3K resolution.

For the Mini and the Black, that translates to high-frame-rate videos. It lets the Black shoot 27-megapixel photos and affords the whole line aspect ratios from 16:9 to 8:7, which the company says represents the largest ever fields of view in any of its cameras.

Meanwhile, the Mini seeks to offer more flexibility in mounting, thanks to an added pair of dual-mounting “fingers” on the back. These provide a wider variety of angles.

If you’re looking to capture sick moments on your latest outdoor adventure, the HERO11 Black — or its Mini version — should help you get the shot you need.

Thru-hikers, road cyclists, backpackers, or anyone looking to minimize weight could find value in the Mini. It’s about 20 g (0.7 ounces) lighter than the HERO11. It also measures about 13% smaller in volume and weight, the company said.

But how does it compare in terms of the critical function of shooting video? Thanks to the shared sensor, video quality shouldn’t differ much between the three HERO11 options. The shared hardware should deliver equal frame rates and resolution across the lineup.

Interestingly, it’s only possible to control the Mini with an app. It does away with the touch screen the bigger cameras use; instead, users interact with it via the Quik app.

The camera has a tiny display showing four things: the current resolution, frame rate, and the remaining recording time and battery life. It’s situated right next to the camera’s only button: record.

The camera’s time-lapse preset lets users shoot and even light paint at night.

Setting the HERO11 Black or Creator Edition interface to “Pro Controls” gives you the same level of detail the HERO10 afforded. The “Easy Controls” setting facilitates a simplified interface if you prefer to go basic.

The Creator Edition offers the same capability as the base model, plus a juicier battery that gives up to 4 hours of 4K recording.

A battery grip helps you run it with one hand easier and allows the connection of other accessories like a directional microphone (mic not included). It houses an HDMI port for connecting to external displays.

Pricing for the GoPro HERO11 Black lineup depends on the company’s annual subscription service. The $50 yearly package gives users discounts on cameras, a trade-in program for broken gear, and an auto-uploading service to the cloud.

The service backs up all your content at its original quality automatically and sends you a highlight reel it compiles automatically after each upload.

The HERO11 Black comes at the same price as its predecessor: $400 MSRP if you subscribe and $500 if you opt out.

The HERO11 Black dropped September 14, but GoPro won’t release the Mini until October 25 — and you’ll only get it that early if you subscribe. It hits retail shelves sometime after that. The company didn’t specify a date. 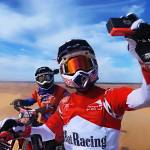 Both 4K wide-angle and 360-degree video with the same affordable camera? Thanks to swappable lenses, the Insta360 ONE RS delivers an all-in-one unit. Read more…