You can stop taping a phone to your ski helmet now. A new feature to a popular app lets you stream live video online in realtime from a GoPro. 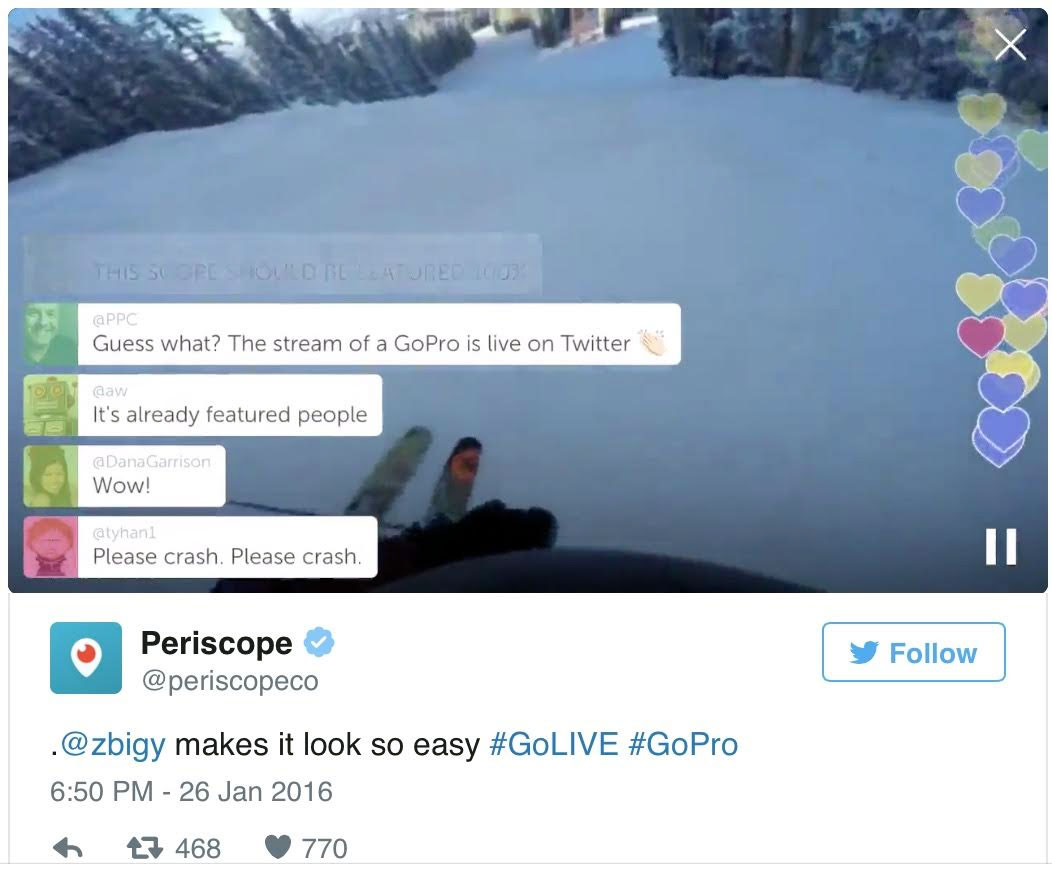 In the old days (like last week), if you wanted to show friends your next ski run (or BASE jump, mountain bike session, etc.), you had to film it with a GoPro and show them the footage later.

Or, you could broadcast it live via Periscope, but via a jerry-rigged iPhone. Today, you don’t have to choose between a live broadcast and GoPro-quality footage.

The GoPro Hero 4 can now broadcast directly to Periscope for iPhone via wifi. (Owned by Twitter, Periscope is a popular live video streaming app for iOS and Android.)

You can strap on the GoPro, keep your phone tucked safely in your pocket, and show the world how you shred in realtime. 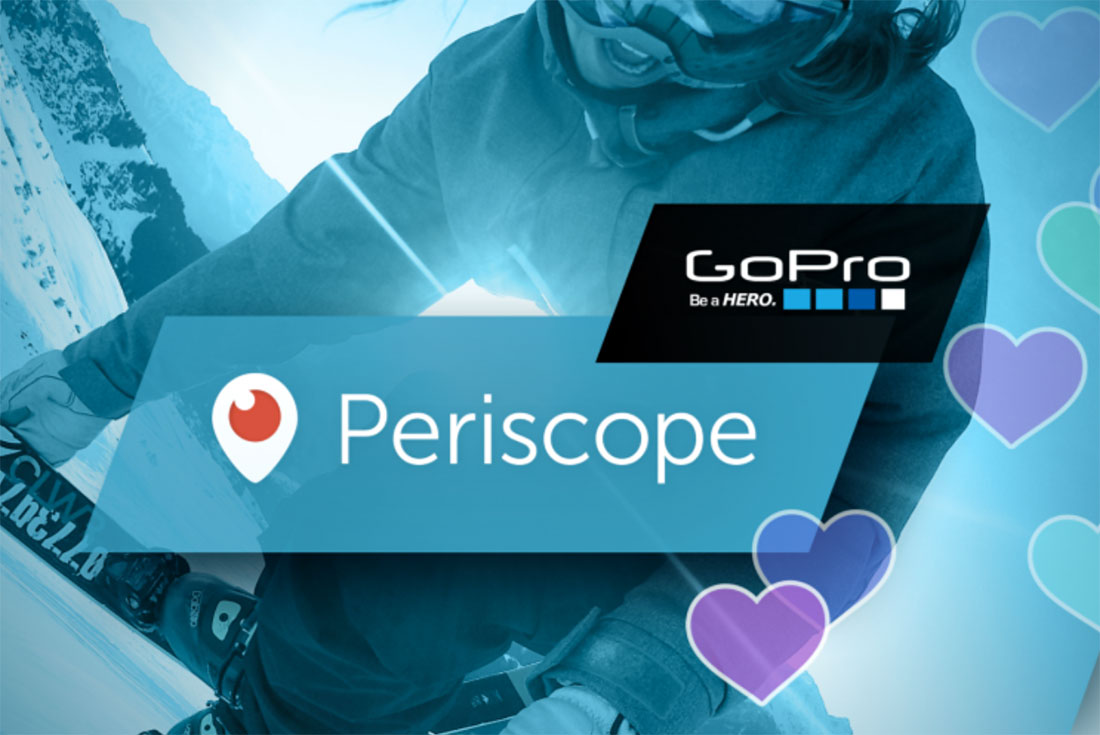 “The integration with Periscope provides GoPro users with a great, realtime platform to share their content,” GoPro President Tony Bates said in a press release.

To enable Periscope via GoPro, you need to connect to your GoPro’s WiFi, making sure it’s in video mode; then open Periscope on your iPhone and tap the broadcast button — the GoPro icon will automatically be highlighted, and you’re set to go live.

–Periscope for GoPro is compatible with iPhone only; an Android release is expected. See more from Periscope and GoPro on the news.

Up Next: Electronic Recovery: A Shocking Option For Outdoors Athletes