The age of the selfie has arrived and along with it has come things to mount your camera on to take those selfies. The market for selfie sticks has exploded and JOBY, of GorillaPod fame, has thrown its hat in the ring with the Action Grip. 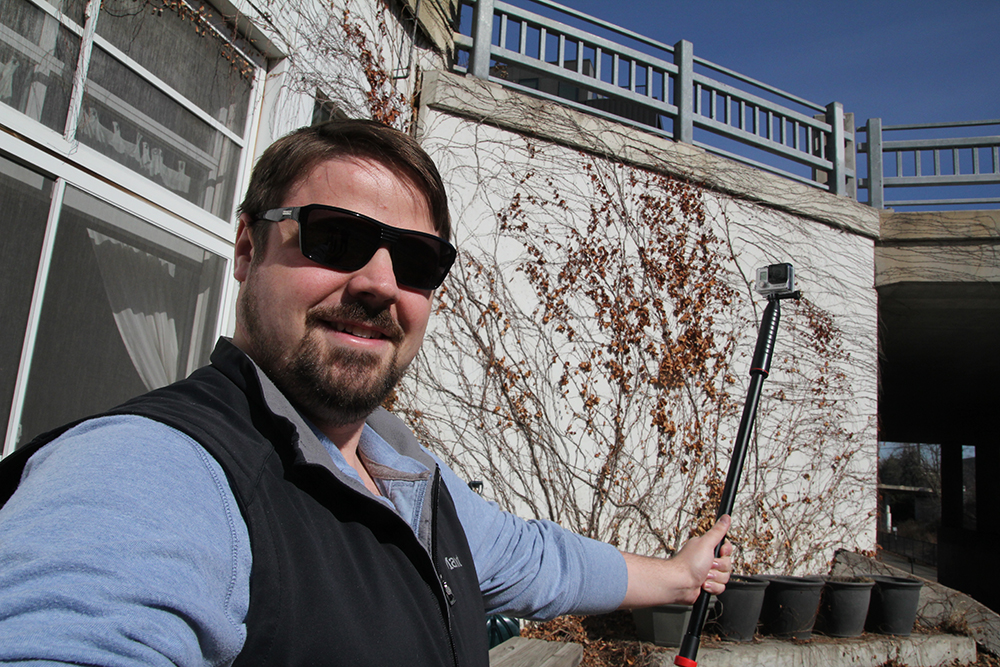 The grip is built around an adjustable head with a mount for use with a GoPro and costs $24.95. Included is a standard 1/4″ tripod mount screw for Contour, Sony, and most other cameras. The Action Grip floats so there is no fear of watching your expensive camera sink to the bottom of the lake. 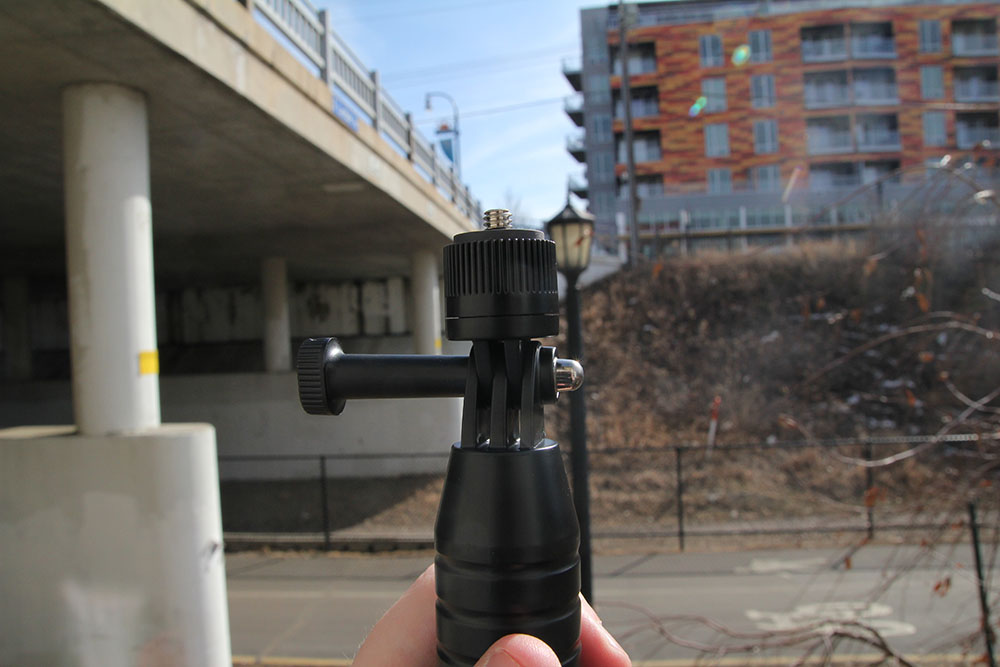 A cap at the bottom of the grip screws off allowing the grip to be attached to any standard painter’s pole for extended length if you need to get the whole gang in the picture.

A ribbed plastic is used on the grip, and it feels comfortable to hold. A tether on the bottom means you aren’t going to lose it, even if it accidentally gets knocked out of your hand.

During our time testing the unit it proved to be a reliable and convenient way to shoot with an action cam. We also attached a Canon DSLR to it, and the adapter worked fine until we started to move around a lot. At that point, the mount slipped a little bit no matter how tight we cranked the plastic screw head.

The Action Grip handle is about 8 inches, which combined with my longer arms, gave me plenty of length to get my entire torso in the shot. It was easy to control the camera while holding it on this stick.

Along with the Action Grip, JOBY released a pole extension that adds an extra 18 inches to the grip for greater movement and different shooting angles. It costs $34.95 (grip included) and the longer extension allows you to get your whole body in the shot. 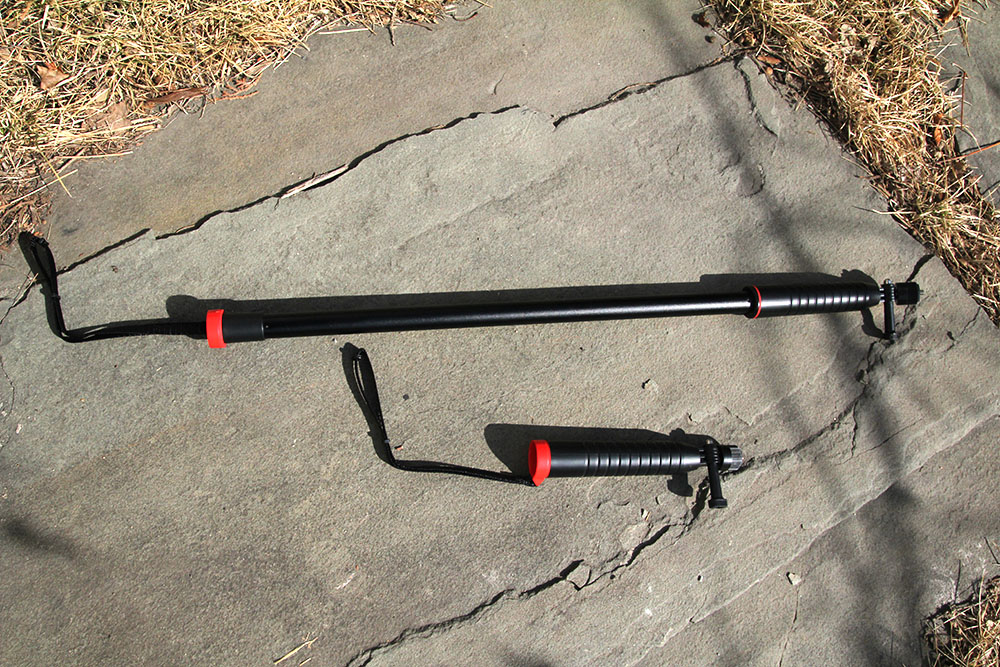 Extra length with the extension pole did make it a little more unwieldy and difficult to shoot with but was clutch for those hard to nab self groupie shots.

The selfie stick market is exploding as people are looking for new and interesting (and further narcissistic) ways to take pictures of themselves. If personal drones don’t become the new way to snap personal photos in the near future, the Action Grip and products like it are a perfectly suitable way to film yourself getting rad.