Independent tech startup SoundSwell introduces the world’s most waterproof headphones, the SoundSwell Smartwatch Series. These earbuds can survive activities from diving to whitewater kayaking, and onboard technology overcomes a key Bluetooth limiter.

After 2 years of R&D, SoundSwell has produced the only Bluetooth earbuds to achieve an IPX8 and IPX9K waterproof rating.

What does that mean? For students of waterproof tech, IPX9K is the highest current specification for water ingress resistance. The Smartwatch Series can endure deep and prolonged submersion such as in snorkeling, or survive a fall off a surfboard or jet ski.

To accomplish this, the brand not only had to come up with a tight build, but also overcome one of Bluetooth technology’s key limiters — water. Bluetooth works well enough in open air. But when you introduce water as a transmission barrier, its effective range plummets to 6 inches.

Other brands have tried to solve the problem with poolside transmitters to boost signal strength, but that doesn’t scan on open water. And taking your smartphone with you on a (literal) deep dive, even with a waterproof case, introduces the risk of destroying it.

SoundSwell overcame the challenge by developing its own patent-pending system. The necklace design incorporates the wearer’s Apple Watch or (select) Samsung smartwatch, keeping it within transmission distance of the earbuds at all times. It offers the added benefit of securing both earbuds during any gnarly aquatic moments, like wipeouts or current rips. 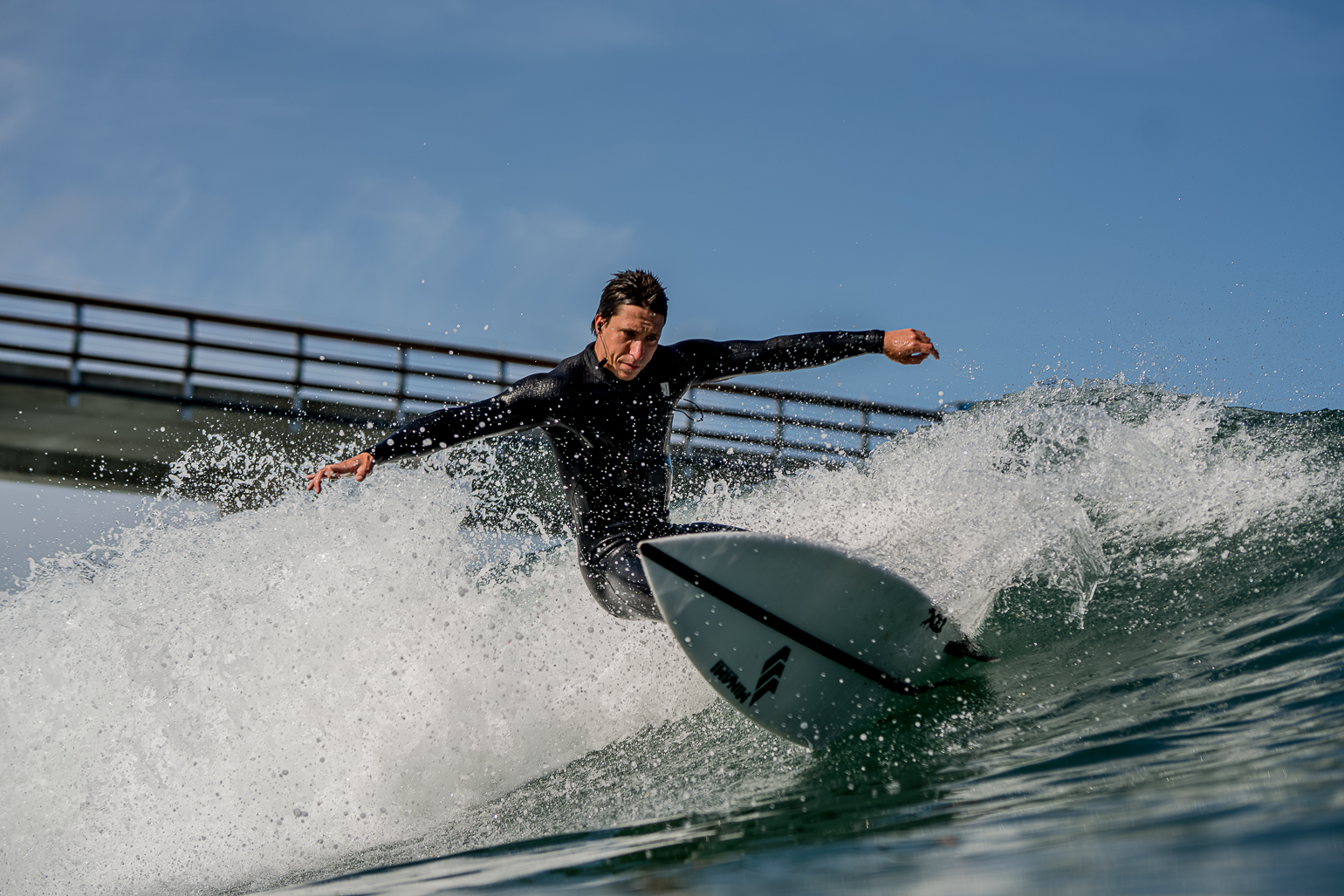 Surfing on Rocks? This Oahu Surfer Is Fearless

Mason Ho is a professional surfer from Hawaii, so it's no surprise that his morning sessions feature stunts like this. Read more…

The array of possible uses for the SoundSwell Smartwatch Series spans all watersports. The brand recommends its earbuds for everything from prone paddling to jet skiing, wakeboarding, and even kite surfing. It’s unclear whether the effect is intentional, but the earbuds also help protect the wearer from surfer’s ear. 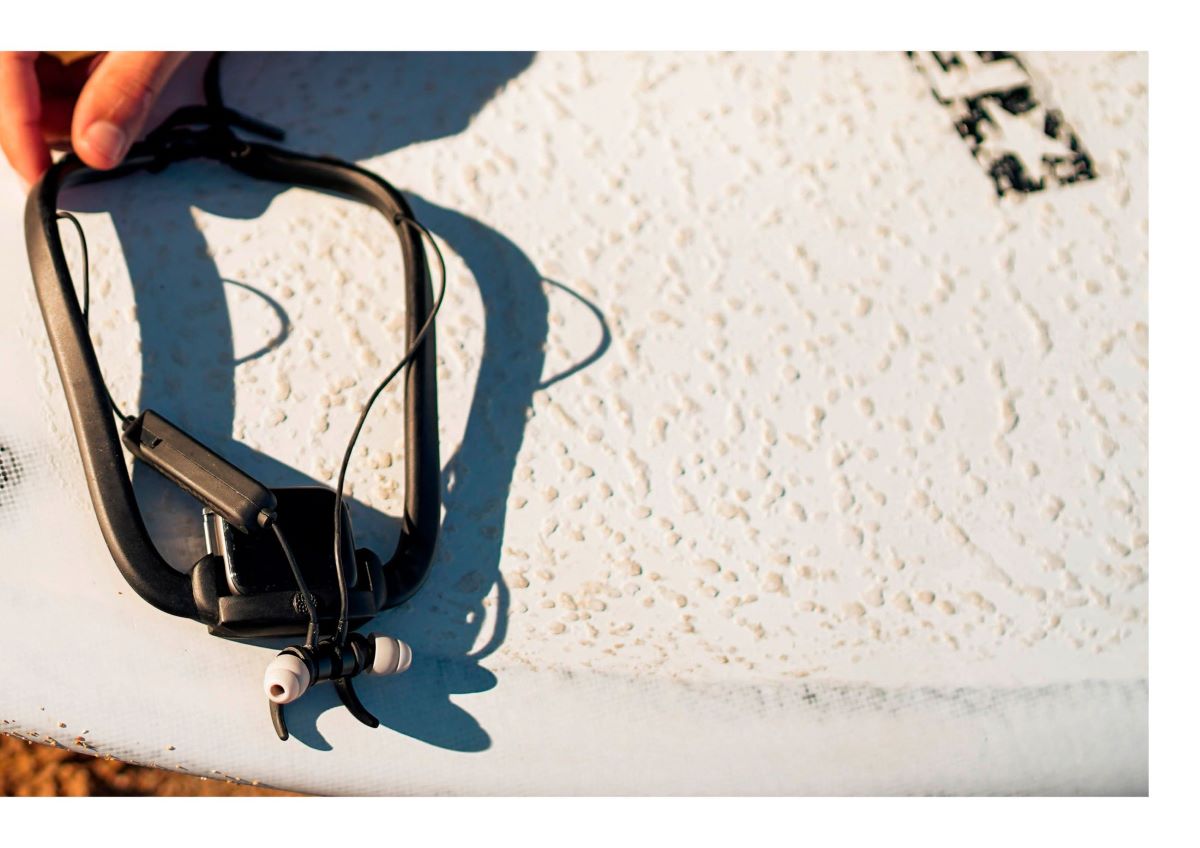 “We developed SoundSwell to enhance the experience of those who love spending time in the ocean,” founder Nicholas Vandenberg said.

“Some of my best days in the ocean are with my friends around me, and in those instances, I might leave my SoundSwell at home. But there are many times I’ve found myself scoring waves alone. Having music not only helps pass the time between waves but gives me that extra boost of energy when the sets come in.” 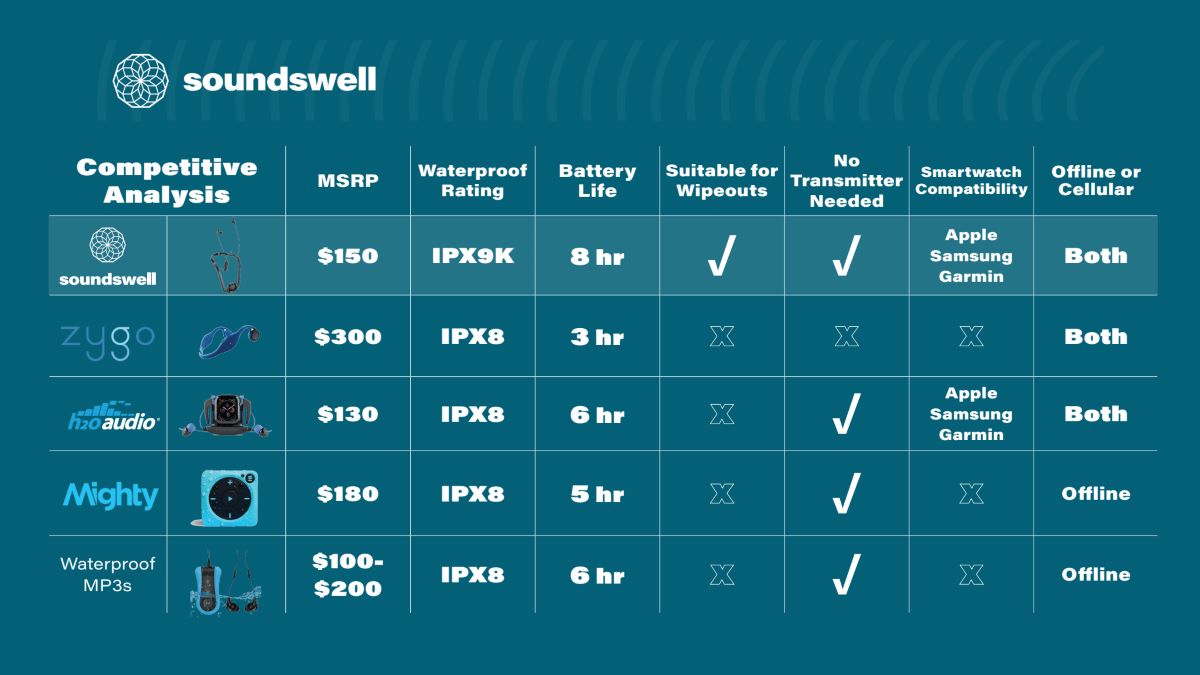 A 90-minute full charge delivers 8 hours of continuous playtime, and the device weighs a scant 55 g. More than anything, we’re impressed with its ability to survive going deep. If you do go over the falls, you won’t have to worry about your headphones. Which is good, because you’ll have plenty more to worry about:

MSRP is $150. The headphones come with four sets of silicone earbuds and a one-year warranty, which may come in handy if you go as hard as these guys. Learn more at SoundSwell’s website.

Up Next: COVID Hurt the Outdoor Economy, But Some Categories Remained Immune