Dallas, Texas, may be on the verge of a green revolution. A massive nature park will soon be complete, covering nearly 10,000 acres. That’s more than 10 times the size of New York’s Central Park.

When done, they will fit together to make the corridor one of the largest urban nature parks in the United States.

Combined with a $30 million bond program, the Harold Simmons Park will serve as a launchpad to other projects in the so-called Nature District. 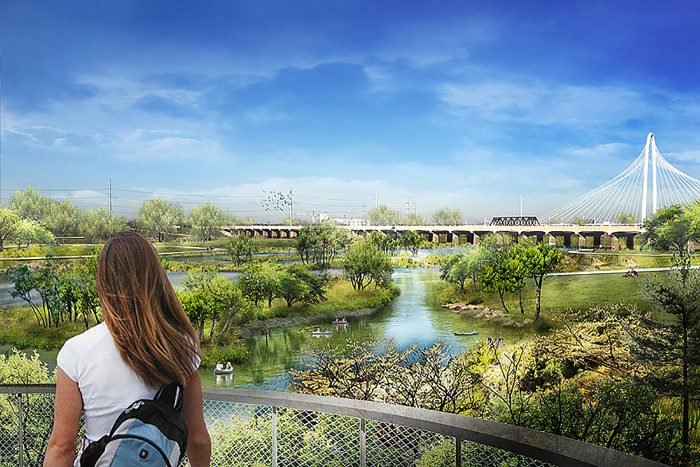 As reported by the Dallas Morning News, these other projects include a 1,000-acre section of the Great Trinity Forest that contains the recently completed Trinity River Audubon Center (completed 2008) and the Texas Horse Park (completed 2015). The Trinity Forest Golf Club opened there this fall.

The region contains 10 lakes built a decade ago by the Army Corps of Engineers.

The whole shebang will be connected by a bike path 10 miles from Downtown Dallas. It is expected to open next summer.

When these projects reach completion, Dallas residents will have miles of trails and a massive area for outdoors recreation near the city.

While the final product remains to be seen, it should be a boon to citizens and visitors who want to get out and feel some fresh air close to the urban core.

Up Next: My Trip to India for a ‘Budget’ Hip

Saving…
My Trip to India for a ‘Budget’ Hip
Treehouse Of The Future? Crazy Concept Will Be A Reality
×