One man’s unusual bucket list adventure could be a first for polar exploration, but it’s already a first for the cycling world. 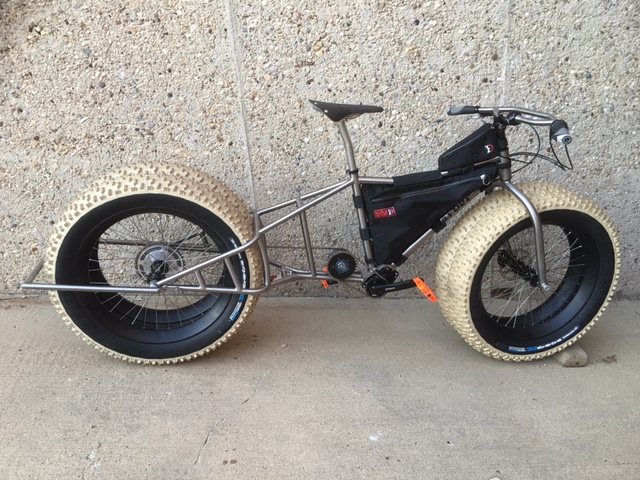 The 50-year-old Edmonton native plans to accomplish something new — bicycle from the South Pole to the Antarctic coast. Previous expeditions by Eric Larsen, Daniel Burton, and others begin from the coast and travel inland, and ended at the pole. 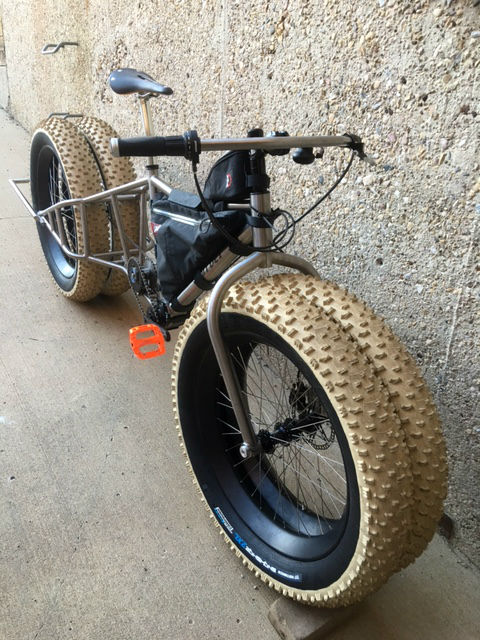 “I have 30 days to make it to the last airlift off the continent,” Van Weelden told us. “Barring medical or catastrophic bike issues, I’m confident in success.”

For an expedition unlike any other, Van Weelden needed a rig unlike any other. Since fat bikes proved most effective for past polar rides, he figured, then fatter would be even better.

“Carver was both willing and excited about the project,” he told us. “He has proven to me on the other builds to think things through thoroughly. I needed that, especially on this bike.” 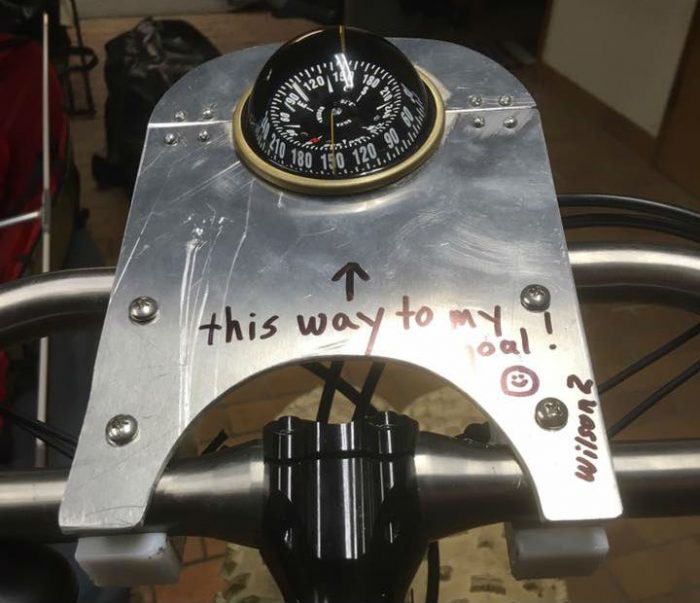 The real engineering genius lies in the drivetrain, though. An 18-speed internal hub with Pinion transfer case gives Van Weelden “more range than mountain bikers with a triple chainring.”

Running this setup has two advantages: It keeps the gears largely out of the snow and ice that would otherwise confound a typical drivetrain.

Next month Eric Larsen will saddle up on the snow and pedal south. The goal of his solo expedition is the geographic South Pole and a world record as the first man to do the trip on two wheels. Read more…

It also allows the stainless steel chain to run through the center of the bike, powering a rear hub that rests between the two tires. Most every other bike in the world has an asymmetric drive, with the chainring and cog on the side of the bike.

The benefit is that none of the wheels are dished to offset the asymmetry that plagues other bikes. A fully-symmetrical wheel is stronger than even the best-built, dished wheel.

In addition to the wheels and custom drivetrain, this bike has a built-in frame mount for Hank’s Southern Hemisphere compass, a rigid tow bar, and a Norwegian-built carbon fiber sled that will help tow everything he’s going to need for the 30-day journey.

Van Weelden, the CEO of a remote-housing manufacturer, has been planning and saving for this adventure, and the nearly-$20,000 bike.

“I built an adventure fund for myself with a portion of my earnings,” he explained. “Over the years, it has amassed a nice amount that pays for this trip.”

He begins the South Pole bike trip on December 18th. Track his progress on Facebook and MapShare.