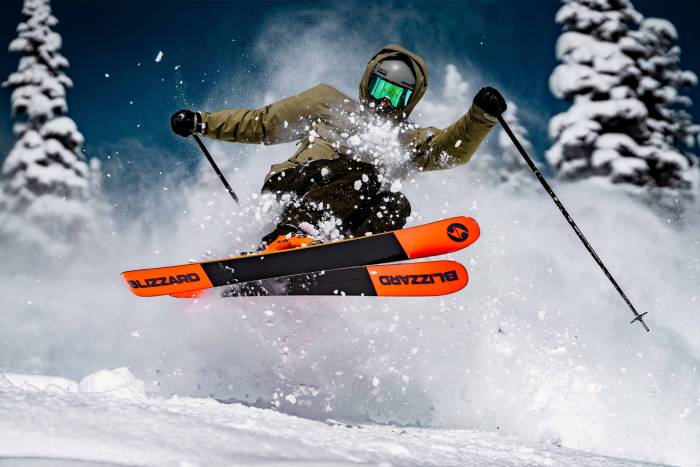 Blizzard Skis announced today it’ll be revamping its popular Rustler and Sheeva lines for the 2023/24 season, introducing the first change to its flagship freeride series in 7 years.

Blizzard’s recent announcement has the potential to be a big deal, considering how long the brand left those skis unchanged. Blizzard isn’t a brand that moves hastily, even though it’s quietly one of the most innovative in the industry.

Founded in 1945, right after the Second World War, the Austrian company was the first to use P-Tex (plastic) bases, and among the first ski makers to put fiberglass and metal into their products.

This helped launch a legacy of wins on the World Cup circuit that, for decades, made the brand synonymous with racing. All that changed in 1996, though, when the company sold and fell into an identity crisis that lasted into the mid-aughts, when Blizzard changed hands a couple more times before finally settling in as part of Tecnica Group in 2007.

Bedrock of the Brand: Flipcore Construction

It was around 2010 when the brand started to find its stride again, as it began focusing on freeride with the introduction of skis like the Answer and the Bodacious.

At a time when ridiculous waist widths and extravagant shapes were all the rage, Blizzard kept a sober outlook. Having maintained production in Mittersill, Austria, all throughout its history, it was certain core principles in ski design it would never betray.

That’s why, while most other companies were just bending rocker into their skis at that time, Blizzard decided to embed rocker right into its molds. They coined the process FlipCore, and it meant the rockered zone of the ski wasn’t preloaded against the core’s camber, but sat that way naturally, and flexed in concert with the whole ski.

FlipCore is still the bedrock of all Blizzard freeride skis today, and it tells you most everything you need to know about this brand: its skis are progressive but traditional. All Blizzard’s skis are also still proudly stamped with the company’s maxim: “Handmade in Austria.” It’s not a company that makes washy, pillow-smashing flop rockets.

Despite embracing modern freeride tenets in ski design, Blizzard’s skis are still made for people with strong, directional technique. Another way to put it is that race heritage persists, even when it comes to powder skis.

Working under that ethos, skis like the Gun Smoke and Spur emerged, and athletes on the Freeride World Tour started showing up on the podium with Blizzards in their hands.

Then, in 2016, the company amalgamated its position as a freeride company in its Rustler and Sheeva lines. But now that those skis have proudly served their tours of duty, it’s time to send out the next battalion, armed with everything the company’s learned over the last seven years.

“Who is skiing the Rustler and Sheeva isn’t changing,” said Frank Shine, Blizzard’s creative brand manager. In other words, all the same rules continue to apply. Flex patterns and waist widths will still be carefully tuned to each specific length — presuming heavier, more forceful skiers for longer lengths. And you can expect that same, familiar Blizzard feeling of edge hold underfoot.

But there will be three major changes for both Rustler and Sheeva. Here’s what to expect.

First, they’ll get a new Titanal layup under the topsheet. This is the layer of metal that provides torsional rigidity, and the traditional hold Blizzard won’t compromise on. The previous Rustlers and Sheevas used a Titanal sheet that tapered at the tip and tail to allow the extremities of the ski to twist and release. It was called Dynamic Release Technology (DRT), which meant you got the best of both worlds: grip where you want it, and the ability to pivot at the tip and tail.

DRT has worked really well for a long time, but it turns out strong skiers can feel a “hinge” point in the linear flex of the ski, where the DRT sheet ends. The solution to that will be a new Titanal sheet in the shape of an H that runs the entire length of the ski, along the edges, and across the whole mounting platform underfoot. Blizzard is calling it Flux, and says this provides the same torsional qualities as DRT without any over-bending in the tip and tail.

Most importantly, though, Flux doesn’t have as strong of an overall influence as DRT. This means Blizzard can now incorporate the TrueBlend core technology it developed in its Bonafide and Black Pearl skis (the Black Pearl was the top-selling ski in North America for 5 years running).

TrueBlend is a process where the brand laminates stringers of different stiffnesses along the length of the core, as opposed to just the width. With this, Blizzard can carefully engineer torsional rigidity and flex right in the core, without asking Titanal to do the whole job.

What you get from that, once again, is smoother flexing skis with better energy absorption — but also a lot more snap and pop.

Lastly, Blizzard will be introducing new size breaks. Both Rustler and Sheeva will now bump every 6 centimeters, as opposed to 8 — resulting in more mid-range length options.

Sheeva devotees can also rest assured they will not just be “pinked” versions of the Rustlers. Rather, they’ll continue to be precisely designed according to specs developed through Blizzard’s Women to Women program (which incorporates extensive female-specific feedback right into Blizzard’s women’s skis).

But the real story here is the level of customization in each and every ski in the line, with flex properties painstakingly matched to each individual length and waist width, creating an intuitive and predictable family of skis.

The new line presents an entire new menu of options that’s as inclusive as seems possible. It’s what we’re most excited for as we look ahead to testing some of the new Blizzard Rustlers and Sheevas in 2023. 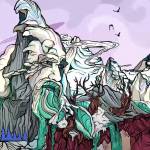 Beginning the new year with new talent, Chris Benchetler joins Arc'teryx — and things are about to get colorful.  Read more… 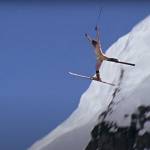 Remembering McConkey: Over a Decade Later, and the World Still Misses Saucer Boy

Shane McConkey left a bigger mark on skiing than any other athlete has to date — this video reflects the icon and his legacy. Read more…