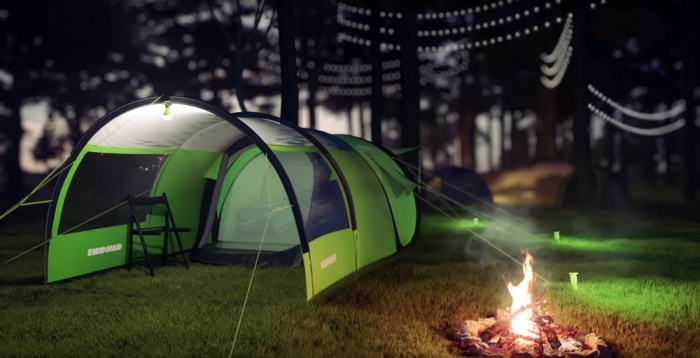 Flickering firelight, twinkling stars, and a blanket of pitch dark everywhere in between – don’t you just hate that?

For all those who want to dabble in the outdoors without all the hardship, the Cinch (starting at $299) claims to be a tech-forward, easy-to-operate living space that adds comfort to the campsite.

Initially launched in 2014 as a roomier, hands-off alternative to traditional tents, the Cinch roared back onto Indiegogo this month. It has raised nearly a quarter-million dollars already with the promise of power – solar power.

So much power, in fact, that the Cinch claims 3,500-lumen lanterns that pair with smartphones for dimmable (and color) control.

That seems like a lot, lot, of light from a solar charged tent. For context, a car headlamp pumps out about 1,200 lumens. So you will probably be using that dimming feature (or blinding wildlife) if the number is accurate. 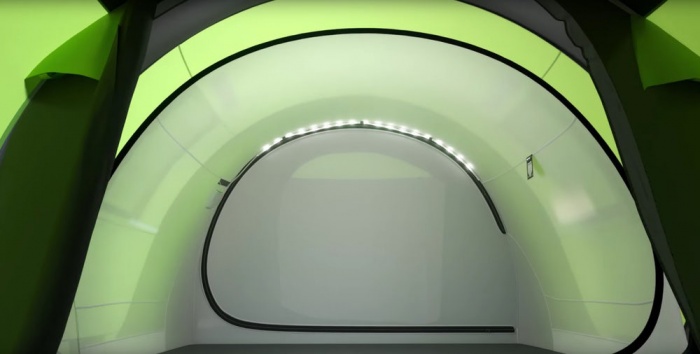 The creators also devised an extra-tall “Hub” that connects to other Cinch tents. So you link up Cinch communities with a standing room common area – presumably to talk about how afraid of the dark you are.

As the name suggests, the Cinch originally promised an off-grid living space that tucked down and popped up easily. The built-in poles coiled up into a disc-shaped carrying case and sprung up to deploy in seconds.

It’s aimed squarely at the festival scene, and maybe car campers looking for something different.

The promised ease attracted more requests for creature comforts. Touting “over a dozen user-driven design changes,” the latest Cinch aims to keep users connected – to power and each other.

First, the new Cinch sports smartphone-controllable LED lanterns. Pair the Cinch with an app and dial in the lumens, up to an astounding 3,500 (also an upgrade). And users can choose from up to 365 colors to set mood – like yellow for fun, or green to feel more nature-y. 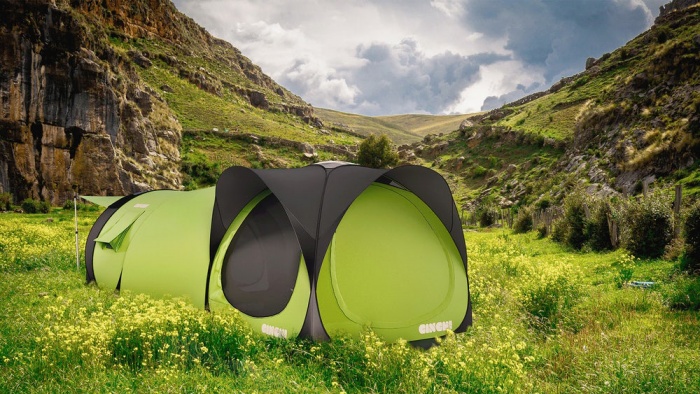 And as an option, Cinch launches a 21-watt solar-powered pack to charge devices in the great outdoors. According to Cinch, it pumps out enough juice to charge an iPhone 7 up to six times. 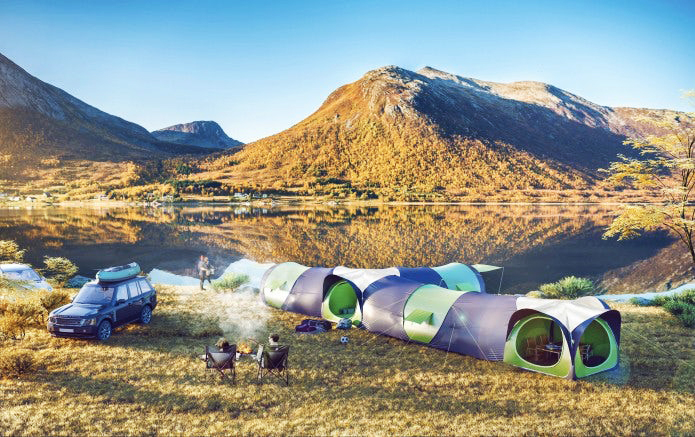 And the final big add-on is the the Hub. Measuring 7 feet 9 inches high (outer), it promises enough standing room to stretch your legs without going outside. Plus, it links with up to four other Cinch tents, so you can enjoy a covered community.

The Cinch comes in two-, three-, and four-person models. It offers pop-up canopies that cover the entryway and provide shelter for gear left outside, or when hopping in and out of the tent. We admit, that is nice. 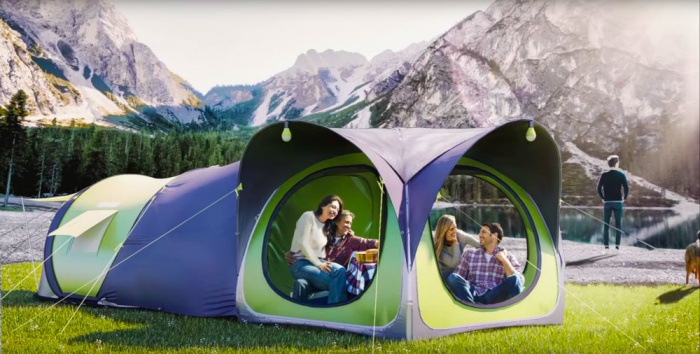 The tent packs down to a carrying disc between 2.5 and 3 feet in diameter, and it weighs 15–20 pounds. If the LEDs and smartphone compatibility didn’t give it away, the weight reaffirms this is not for backcountry pursuits.

But the tents and Hub are fully waterproof and come with double-skinned ground cover and large “panoramic doors.” So we imagine it offers a fun and functional retreat for car campers.

The latest Cinch is live on Indiegogo now with early bird discounts. If you want to rough it the easy way, this could be the place to start.