Home » Adventure » If The Outdoors Is Your Church, It’s Time To Tithe 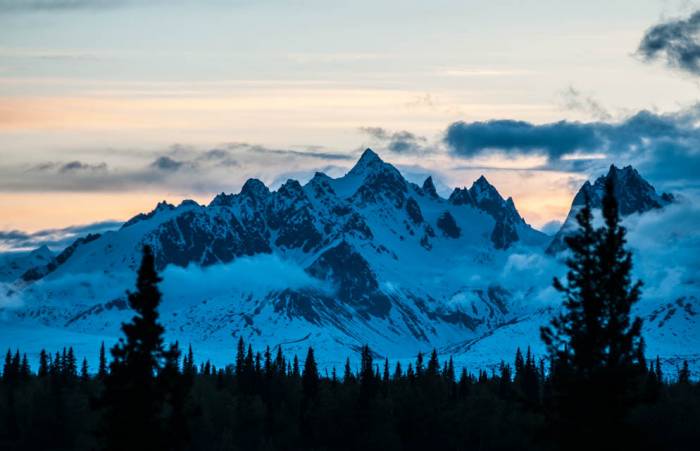 I’m not a religious man, but I believe in a greater power. Without going into depth, I find God in natural places: a quiet forest at sunrise, a breaking wave of blue water, or a crystal night sky so clear you’d swear the stars are just an arm’s reach away.

And I know that I’m not alone.

Countless people share this soul-deep love of the outdoors and natural places. For us, wild places aren’t just for play. They are spiritual revitalization. They are where we find peace, and in our own ways, worship.

And I realize now, my special places, my “churches” if you will, are in danger. For me (and I believe many others, too), this goes beyond partisan politics. But I cannot understand how conservatives lost sight of the word “conserve.”

Today, President-elect Donald Trump nominated Scott Pruitt as the head of the EPA in his new cabinet. Pruitt, the attorney general of Oklahoma, has spent much of his time in his role as attorney general in the oil and gas-rich state fighting the agency he is now nominated to lead.

Scott Pruitt’s a #climatechange denier who has worked to dismantle well-grounded protections that have benefited birds & kids for decades. pic.twitter.com/RsSuHWLkk6

Environmental conservation, to me, should be central to a conservative ideology. But nobody put me in charge, so I’m going to put some of my money to work doing what the government soon won’t.

Regardless of your politics, I’d urge you to do so, too.

The concept of the Tithe is an age-old practice of giving 10 percent of one’s earnings to the church. While this may go too far financially for many folks, making a tax deductible donation to a charity should become common practice.

.@sierraclub: Trump’s EPA pick is ‘like putting an arsonist in charge of fighting fires’ https://t.co/f1CBw3Ai4R pic.twitter.com/AFx5w3n2mI

To nobody’s surprise, Pruitt’s nomination signals Trump’s intention to gut the EPA and the environmental protections it affords. Coupled with a cabinet full of climate skeptics, Trump’s latest pick underscores the threat the new administration could play if left unchecked.

This is a serious concern of many outdoors enthusiasts on both sides of the aisle. Think the risk of losing a beloved hunting or hiking spot isn’t real?

Just today, Utah Gov. Rob Bishop asked Trump to undo national monument designations set in place by President Obama. This would be an unprecedented act, and one that would erode protections of some of the most special places in the country.

The fight across the West between supporters of public protections and those who wish to transfer federal lands to state control is certain to intensify. Some believe this would maintain the lands as open for future generations, but once transfers are in place there will be little to stop communities from selling them to the highest bidder.

It’s time for those of us who love the outdoors to open our checkbooks and support the lobbies that fight for our interests in Washington. It’s time to tithe.

Big industry is about to get a hand up in our government. We can expect easy access to mineral wealth for miners and drillers. Subsidies for clean energy research may be dismantled. Climate change discussions could be denied a place at the table.

There are some great advocacy organizations working every day to protect the places we love in the outdoors. These are bipartisan organizations as a whole, whose members share a sense of responsibility to protect nature.

Development and economic progress rely on a healthy workforce and environment as a foundation for future generations. It’s time for all the outdoors industry to unite and be mindful of changes to come.

There are many charities working to protect outdoors spaces and recreation. These are a few of our favorites, and all have been vetted for efficient use of funds.

Mission: NRDC works to safeguard the earth—its people, its plants and animals, and the natural systems on which all life depends.

We guarantee all Americans quality places to hunt and fish by uniting and amplifying our partners’ voices to strengthen federal policy and funding.

Mission: To conserve and restore natural ecosystems, focusing on birds, other wildlife, and their habitats for the benefit of humanity and the earth’s biological diversity.

The Access Fund is the national organization that keeps climbing areas open and conserves the climbing environment.

At the Fund, we make conservation work for America. By creating solutions that make environmental and economic sense, we are redefining conservation to demonstrate its essential role in our future prosperity. Top-ranked for efficiency and effectiveness, we have worked in all 50 states to protect 7.8 million acres of land since 1985.

The Union of Concerned Scientists puts rigorous, independent science to work to solve our planet’s most pressing problems. Joining with citizens across the country, we combine technical analysis and effective advocacy to create innovative, practical solutions for a healthy, safe, and sustainable future.

–Want to see more great charities? Check out Charity Watch or Charity Navigator to learn about top-ranked charities in the outdoors (and more).

Up Next: 10 Secret ‘Local’ Adventures Around GearJunkie HQ

Saving…
10 Secret ‘Local’ Adventures Around GearJunkie HQ
Outback Bike-Packing, As It Should Be
×