Fly rods in hand, we pause at the riverbank. Noah Robertson, the co-founder of Mountain Khakis, led the way to what could be the perfect test environment for his 11-year-old brand. 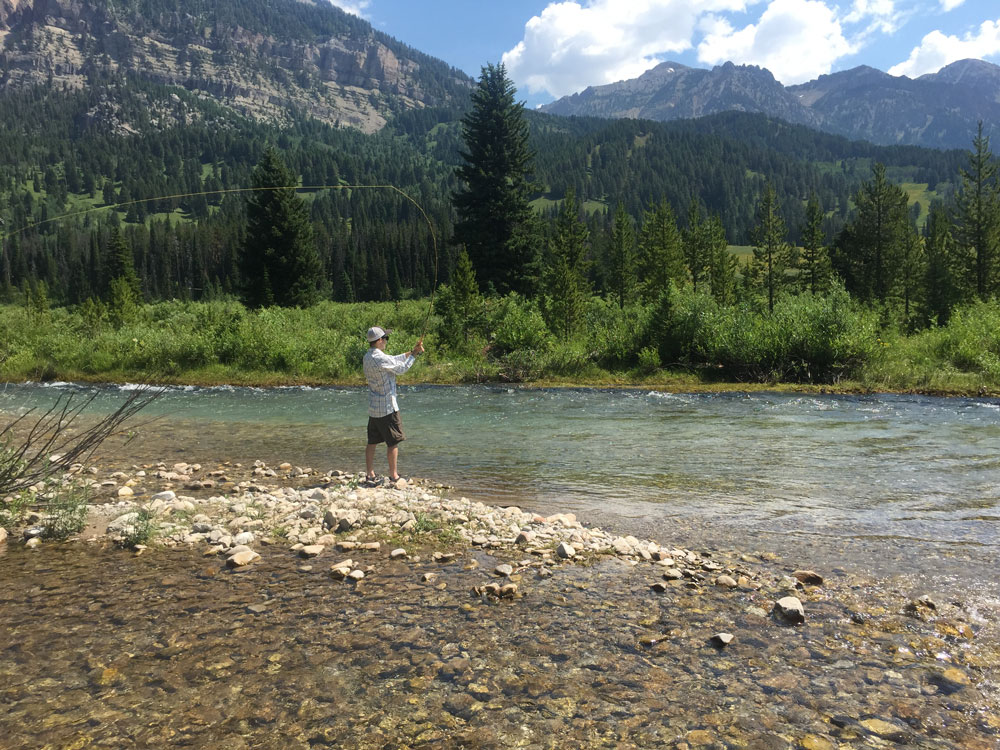 It was July, and I was on a trip to Wyoming to hike, climb, and, as a side activity, visit the Mountain Khakis design center in Jackson, Wyo. But what started off as a quick meeting turned into a seven-hour adventure with company co-founder and designer Noah Robertson.

At the base of the Teton Mountain Range, the design office is where the Mountain Khakis magic happens. Amidst the fabric swatches, prototypes, and finished products I learned the history of the company and was able to pick Robertson’s brain on the genre of the “mountain pant.”

Why did you start making Mountain Khakis?

Well, I had jackets, base layers, shirts, and shells galore. But I didn’t have a good pair of pants that could stand up to all the stuff I get to do living in a mountain town like Jackson Hole. Since I couldn’t buy them, I decided to make them

That’s right. For seven years, nothing but (awesome) pants! It was a little wild at first just selling one thing but we got pretty darn good at it. We literally created the mountain pant market and captured the Jackson Hole mountain culture in the process. 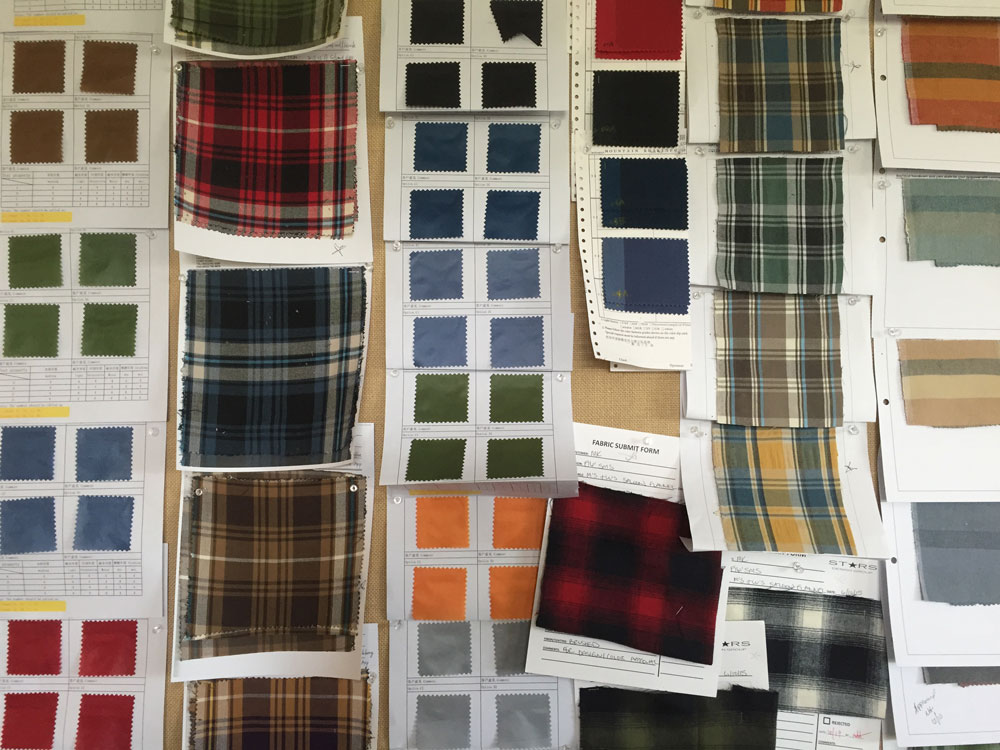 In 2011, we decided to open it up and design men’s and women’s apparel as well as some accessories.

“Jackson could very well be the best place on Earth,” Noah said over gyros at lunch. “You have beautiful, rugged nature, which lures people from all over. Plus there’s an underlying tone of authenticity and hospitality here that is really special.”

It’s true, whether you’re a hearty outdoors person looking for a challenge or a tourist wandering west hoping for a great photo—Jackson delivers. Add cowboys, movie stars, and ski bums to the mix and you have quite a place.

“We try to capture the spirit that lives here in our brand and spread it to everyone we meet. We want to infect other places with Jackson Hole mountain culture.”

The mountains even seep into their product names. For example, the Camber 107 pant is named for the underfoot width of Noah’s favorite all-mountain skis.

When Noah heard I had never fly-fished he offered to teach me. After a quick casting lesson in the parking lot he tossed his phone into his truck saying, “nothing can be that important.” Maybe it’s a mountain thing, but in an age where phones are ever-present, this act—especially from a company executive—was shocking and refreshing.

In between getting my fly caught in the bushes I asked, what it is like seeing people wear the products you design?

“It’s the best! It’s cool to see that ‘infection’ spreading all around the world,” he said “It’s very exciting to know that people are wearing it and loving it just like we intended.”

He added that he carries $75 Mountain Khakis gift cards with him whenever he travels. When he sees someone decked out in Mountain Khakis gear he gives them one and tells them they have great style.

“The mix of happiness and confusion on their face is definitely worth it,” he said.

After a few hours on the river we parted ways, but through my stay in Jackson I continued to sample all that it has to offer. The climbing, hiking, backpacking, paddling, and fishing provided ample opportunity to test some gear from Jackson’s poster-child brand.

My favorites are the Cruiser Shorts ($75). They are an all-around adventure short that quickly became my go-to. The soft shell material is stretchy enough for heel hooks while rock climbing and durable enough to withstand the bushwhack backpacking I did in the Gros Ventre.

Next was the Equatorial LS Shirt ($90), a lifesaver the next time I went fly-fishing. The black flies would have been maddening without it and I would have gotten torched in the sun.

It has features like a glasses wipe in the front pocket, side-entry chest pockets, and collar snaps to keep the sun off your neck. It kept me cool in the hot sun.

After my Mountain Khakis day and the few weeks I spent there I would have to agree with Noah — Jackson Hole could very well be the best place on Earth. I certainly caught the mountain infection he was talking about and now that I’m back in Minnesota, I’m searching for a fly rod and planning a summit of the Grand Teton.

Up Next: My Favorite Hunting Pants Were Made in the 1930s

Saving…
My Favorite Hunting Pants Were Made in the 1930s
Warm-Weather Wool: Icebreaker Merino Shirts
×