Dave and Amy Freeman are spending a year in the Boundary Waters Canoe Area Wilderness in an effort to protect it from a series of sulfide-ore copper mines. This summer they had the opportunity to put the Original Bug Shirt through the ultimate North Woods test. 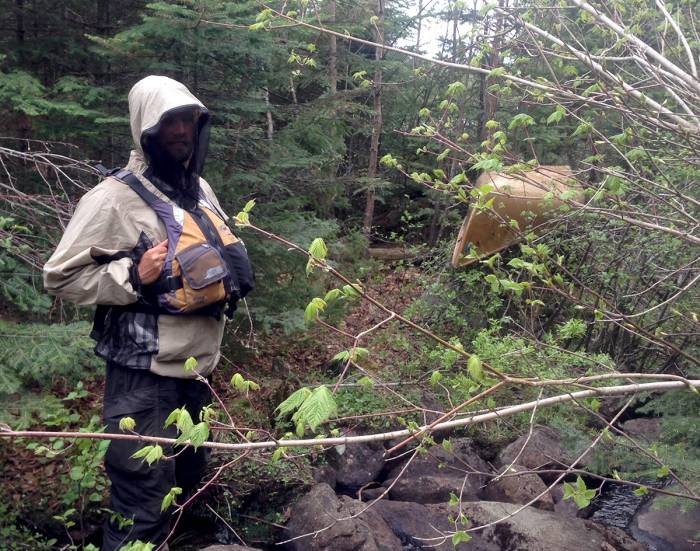 After more than eight bug-free months in the Boundary Waters Canoe Area Wilderness (winter), summer arrived and so did the bugs. In the North Woods spring and summer are synonymous with black flies and mosquitoes, and when they’re bad the Original Bug Shirt is the ultimate defense.

I purchased my stained, tattered bug shirt many years ago for an expedition in the Amazon where the mosquitoes transmit malaria, dengue fever, and other nasty diseases. Since then, I keep the shirt in the top of my pack anywhere bugs are likely to be bad, from the Amazon to the Arctic.

Bug Shirt In The North Woods

My wife, Amy, and I donned our Original Bug Shirts for the first time in early June when the mosquitoes started to swarm. 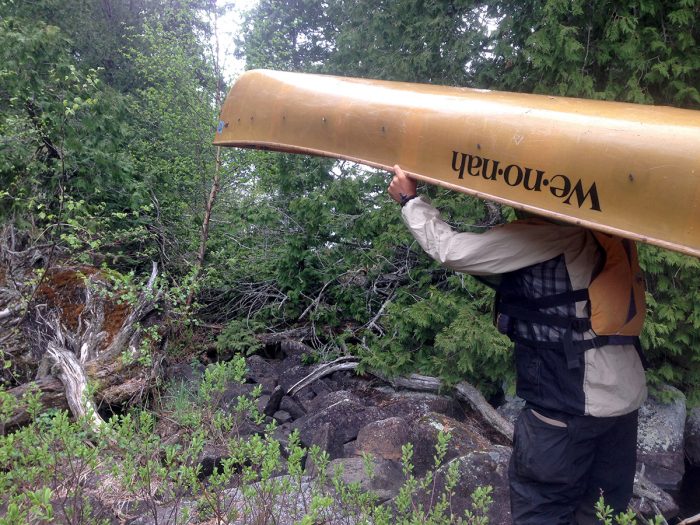 We’d kept our bug shirts ready as the ice thawed. When we landed at the portage between Kiskadinna and Muskeg Lakes in spring, we were greeted by a thick wall of black flies and mosquitoes. Swatting and waving our arms, we dug into our day pack and slipped the bug shirts over our heads. 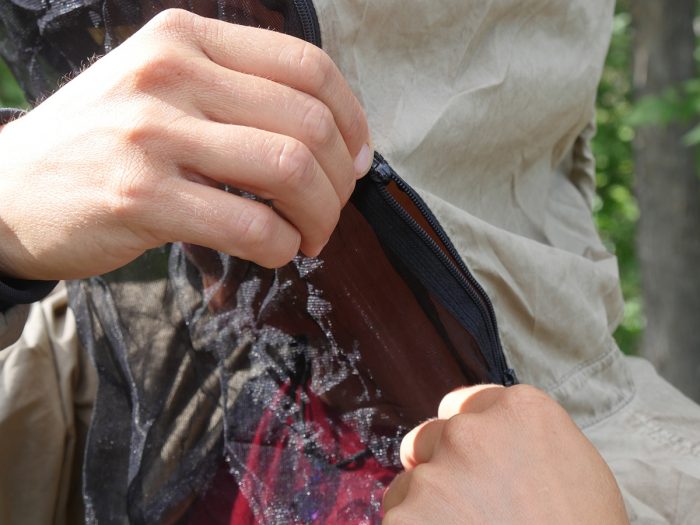 For June, July, and August, we kept our bug shirts at the ready while exploring more than 300 lakes and streams. They have become our go-to defense when bugs get thick.

The Original Bug Shirts stand out from the competition. They are made of a mixture of mosquito netting along the torso and under arms, and a lightweight yet bug-proof material everywhere else.

A bug shirt like this is a mechanical barrier to biting insects. It’s another tool in the box, and is a nice alternative to chemical deterrents when bugs get really bad.

You know they are annoying. But did you know the mosquito is among the most deadly of all animals on Earth? We pulled together 10 facts on the blood-sucking bugs. Read more…

The beauty of this design is that where the shirt is likely to press tightly against skin is made of nylon material that bugs can’t bite through. Areas that normally are not pressed against the skin are mesh to keep you cool. 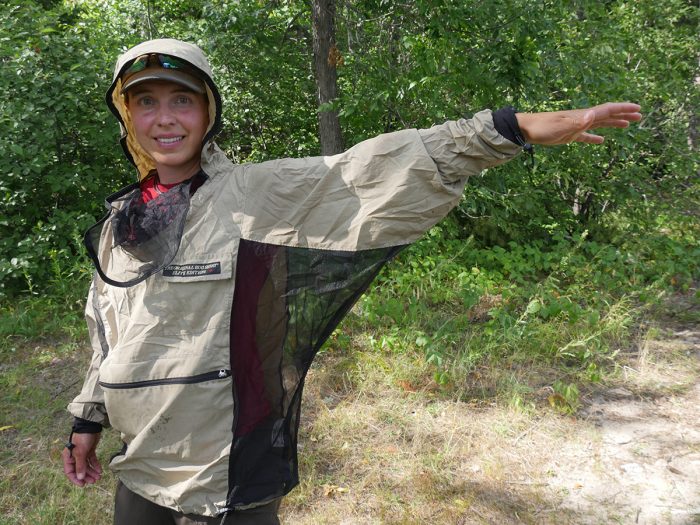 A large hood with mosquito netting can zip closed to fully protect the face, or remain open when the bugs aren’t too bad. Elastic draw cords at the waist and wrists keep bugs from crawling under your shirt. 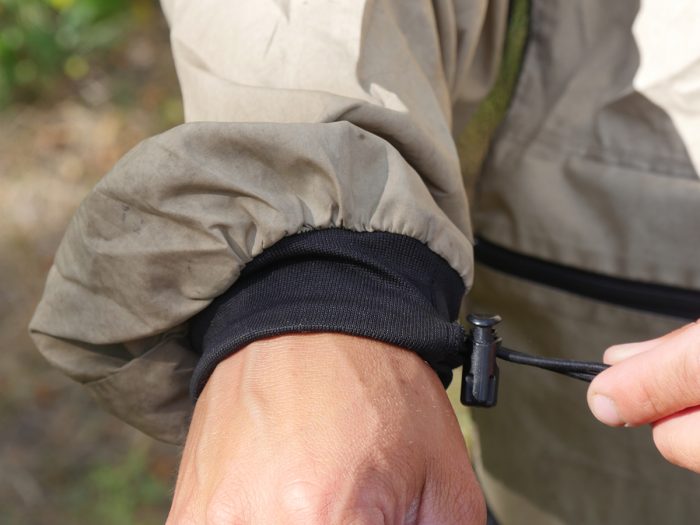 If the bugs are really bad at meal time, we like to pull our arms into the main body of the bug shirt so that we can hold our bowl inside the shirt and eat in a totally bug free environment.

Shirt For A Buggy World

Ideally you’d never need a shirt like this, but bugs are everywhere. If you are headed into an especially buggy corner of the world, do yourself a favor and bring an Original Bug Shirt.

The only downside is that both Amy and I have ripped the mosquito netting close to our waists either by carrying portage packs with hip belts, or by wearing PFDs over the Bug Shirts. It wasn’t a big deal to repair them, but I’d love to see a version with the nylon material five inches up from the base shirt instead of the bug mesh on the sides. 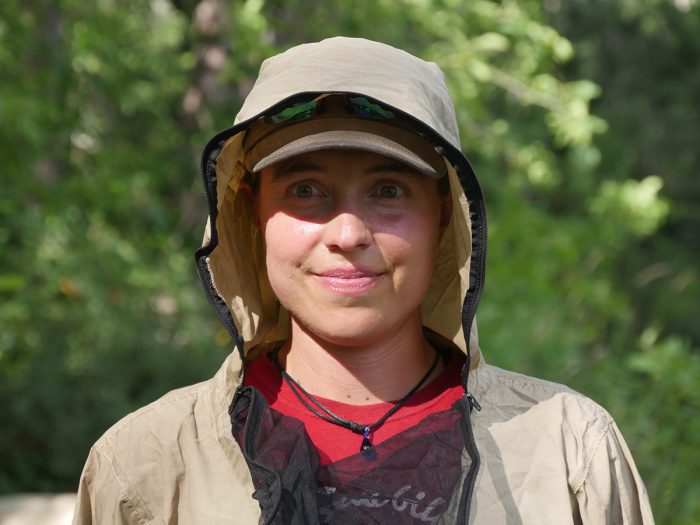 —Dave and Amy Freeman are spending a year in the Boundary Waters Canoe Area Wilderness in an effort to protect the Boundary Waters from a series of sulfide-ore  copper mines that are proposed along the edge of our nation’s most popular Wilderness. Throughout their Year in the Wilderness they are sharing regular reviews on GearJunkie.com. Amy and Dave were named National Geographic Adventurers of the Year in 2014.