Hikers want a light, reliable, versatile pocket knife on the trail. Here we rounded up the best knives for backpacking and hiking.

Summer is here with that siren’s call of the trail. Whether it’s a day hike with the kids or a thru-hike of the Appalachian Trail, a knife is an exceptionally handy item to have with you. Pick one of these and you’ll have the best knife for backpacking that money can buy.

From food prep to game processing to starting a fire, a high-quality knife will help considerably with outdoor tasks. And while a full-size fixed blade like the Bark River Bravo 1 is an excellent choice for lots of outdoor tasks, mobility and weight concerns dictate carrying a smaller knife, usually a folding knife.

The Best Knife for Backpacking and Hiking

With laminated steel, a dead simple design, and Grilon handles, the U2 is an excellent backpacking knife for those who are concerned about weight and complexity. The entire package comes in at 1.58 ounces, which is quite good for a knife with a blade length of 2.5 inches.

At $90 at BladeHQ, you’re paying for the steel, which includes Super Gold Powder Steel as the core. This steel, rarely seen in the knife world, has excellent edge retention, superior to more common high-end steels like S30V.

See the Fallkniven U2 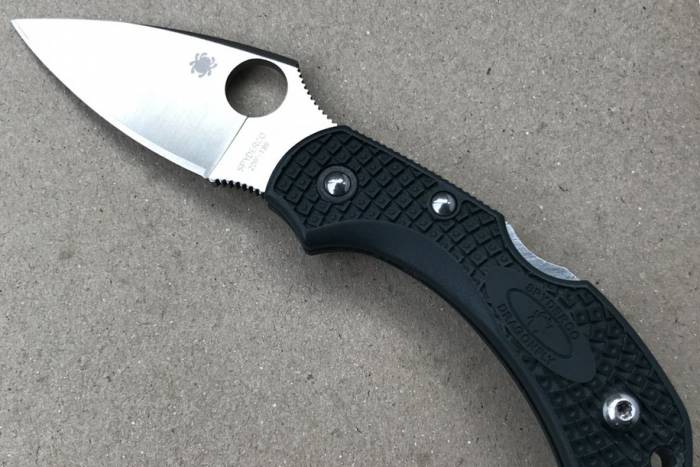 Like the U2, the Dragonfly has an ultrahard steel, this time ZDP-189, and a simple design. It swaps out the vague handle shape of the U2 for something more ergonomic — and it even adds a finger choil for more control. It also gets rid of the U2’s nail nick, opting for the trademark Spyderco hole.

Finally, the Dragonfly adds a truly superior deep-carry wire pocket clip. Like the U2, it’s a bit pricey at the $95 mark.

With one of the best blade length-to-weight ratios in the knife world, the Bugout is one of the best knives for backpacking and hiking. Its simple, almost basic lines and classic drop-point blade are pluses. The price, $129, is also a relatively good deal for what you get. The knife also has some of the tightest tolerances I’ve seen on an AXIS lock, resulting in rock-solid lockup.

Only two concerns hold it back from being the best trail knife available. First, the pocket clip, a shortened version of the Benchmade deep-carry clip, does allow the knife to pop out of the pocket more easily than most knives. If you’re doing some real scrambling on mountainsides, you might find that your Bugout has liberated itself from your pocket unexpectedly.

Second, the knife has a very pronounced, exposed rear tang, allowing for dirt, grime, and pocket lint to collect in the internal workings of the knife. Still, if you need maximum blade length per ounce, this is a good choice.

Benchmade also makes a slightly upgraded version of the Bugout that launched in 2020. It has a stiffer and lighter graphite black molded CF-Elite carbon fiber–reinforced nylon handle scales. In testing, they proved to be stiffer than the original Bugout and for some may be worth the $16 upcharge. Check out the Bugout CF-Elite here.

The field of full-size, weight-conscious knives is pretty crowded right now. Benchmade’s Bugout has been quite popular, and Spyderco just released a lightweight version of its smash hit, the Para3. Both come in under 2.5 ounces and both sport blades of at least 3 inches in length.

But the light, full-size knife (a knife with a blade of 3 inches or more) I like the best comes from a small manufacturer in my home state of Massachusetts: Three Rivers Manufacturing. The Neutron’s 20CV blade is better than the steel on the Bugout (S30V) or the Para3 (BD1N). Furthermore, the handle is more comfortable than the Para3’s and sturdier than the Bugout’s flexible grip.

At $169 the price is pretty high, but you’re getting state-of-the-art steel in a super-slim, super-slicey package. And the fact that it’s made in the U.S. is a bonus.

The Native 5 is another light, full-size knife. But it adds another cool ingredient to the awesome knife recipe — LC200N. This steel, which has been around for decades outside the knife industry, is just now making inroads in the cutlery world. Its virtually rustproof composition is nice, but the real step up compared to other corrosion-resistant steels is its hardness.

Unlike H1, LC200N is roughly as hard as 154CM, making it the first steel I feel comfortable recommending for any use. It’s tough, hard, rustproof, relatively easy to sharpen, and not expensive for what you get at $130. The Native 5 is a bit bulkier in the pocket than the Neutron, but if you need truly rustproof steel on the trail, this is your knife.

Fixed-blade knives are generally too big for the trail, but a design revolution has taken place in the fixed-blade knife world, resulting in a number of tiny slicers that aren’t “prebroken.” Among my favorite is the ESEE Candiru. With a total length of 5.125 inches, the Candiru is the size of a large folder when closed. It sports ESEE’s excellent 1095 heat-treated by Rowan and comes with a decent fabric sheath that lays quite flat in the pocket.

At around $60, the Candiru can do a lot of work that most folding knives can’t. And if you decide you want to move beyond the flat, skeletonized handle, there’s an accessory kit that adds sculpted Micarta scales and a snap-fit Kydex sheath. 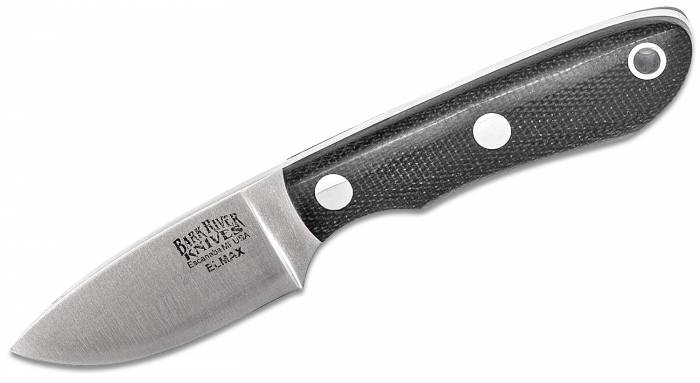 If the Candiru is a bit too austere for you, the PSK is a knife of similar size with upscale features. It has been offered in a number of steels, but the current run is done in Elmax, a criminally underrated powder steel. It includes a number of different handle scales around a full tang, all of which have that wonderful Bark River gleam and in-hand feel. Only the sheath, a thick, bulky leather number, holds the PSK back from pocket bliss.

Designed to be carried on a belt, it’s too chunky to hide in a pocket like the Candiru’s stock fabric sheath. Lastly and perhaps most important, the PSK, like all Bark River knives, sports a glorious high-durability, convex grind. It costs $135.

Taking a knife on a hike gives rise to a number of design constraints. Thankfully, we are in a knife boom and there is a bevy of great options. These seven represent some of the best blades out there to take with you on your peripatetic stroll through nature.

Have a favorite knife for backpacking and hiking? Let us know in the comments and we’ll check it out for future updates to this article.

Now that you have the best knife for backpacking, let’s find a tent and sleeping pad:

The Best Backpacking Tents of 2020

Whether you're looking to spend 100 nights on the trail or stick to a tight budget, we've found the best backpacking tents of 2020. Read more…

The Best Sleeping Pads for Backpacking and Car Camping in 2020

Up Next: 10 Hiking Essentials for Your Next Day on the Trail

Saving…
10 Hiking Essentials for Your Next Day on the Trail
Step It Up: KEEN Launches ‘Bellows’ to Improve Hiking Boots
×