In the same way vinyl just sounds better, and classic cars are cooler to drive, the All-City Mr. Pink blends old and new for a retro-inspired steel road bike that rolls like a dream. 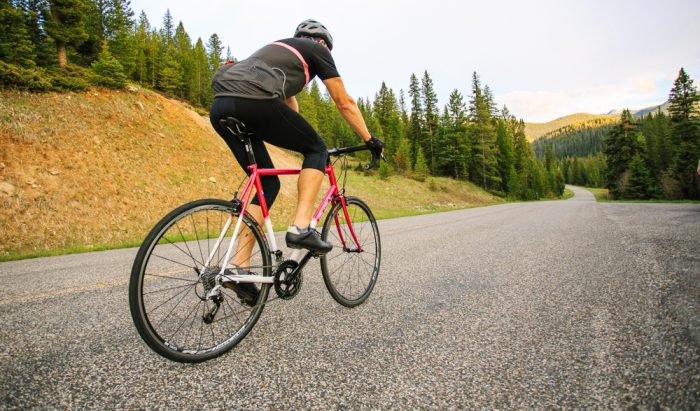 After a near-death accident on a road bike some years back, I swore off pavement and hit the dirt trails on my mountain bike with no intention of ever going back. But after a few years of riding singletrack, the road called once again, and so my search for a new bike began.

I wanted something that had a road-bike pedigree but would allow me to roll blacktop, gravel, and dirt all on the same ride.

It would do double duty on my Sunday morning coffee rides as well as be a daily workhorse for my commute. I found all of that in the All-City Mr. Pink. 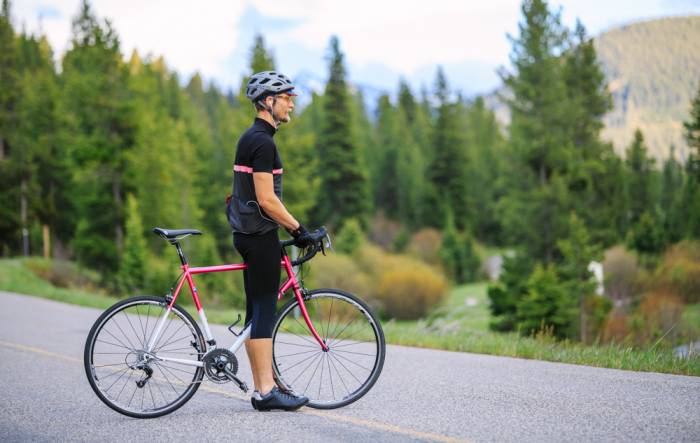 Although the Mr. Pink isn’t a new addition to the All-City lineup, it’s one of the brand’s tried and true steeds.

We thought it was worth a review simply for how well the company pulls off the steel road bike build, and after a decade of throwing my leg over aluminum and carbon frames, it was a welcome surprise to experience steel again.

This isn’t run of the mill steel, though. Columbus Zona Tubing, known for its intersection of strength, durability, and weight, makes this a step above your old 10-speed.

Steel gives this bike a spritely feeling on the hills with suppleness for rough roads that can’t be matched by an aluminum frame.

The noted “retro” aesthetic includes the steel tubing as well as “classic steel touches,” as the brand puts it, with a custom head badge, fancy dropouts, and a brazed-on seat collar. 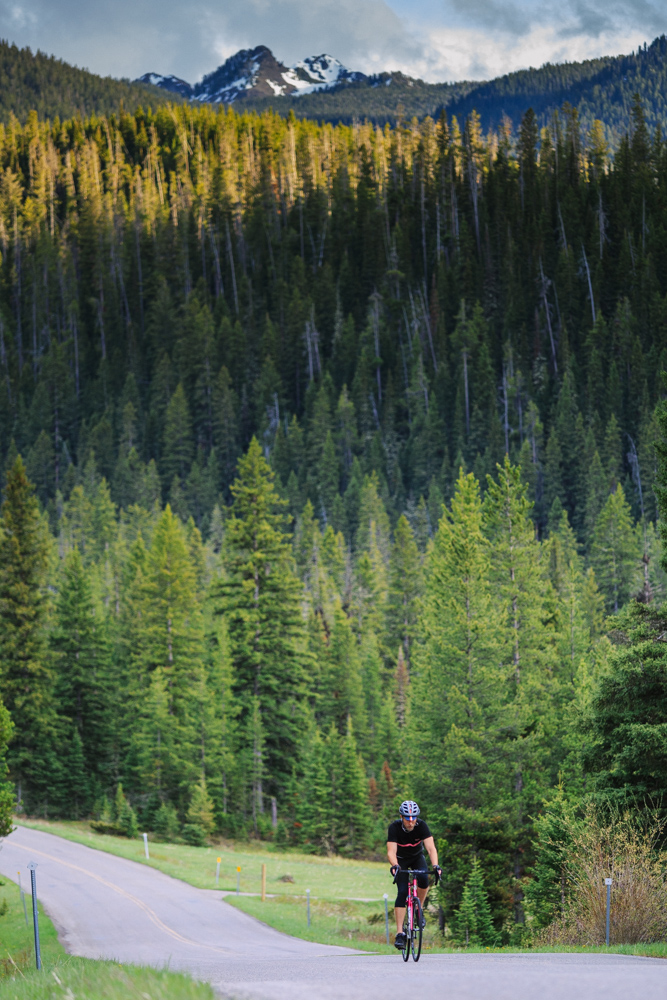 In the past, I have been accused of having “too many” bikes. A road rig for racing, another one for commuting, and a third for urban tasks. I was worried it might be the same with the Mr. Pink. Would I relegate it to being my “nice” road bike, keeping it for the most part in the garage?

My fears were unfounded as I spent a month taking the Mr. Pink on every imaginable ride, from long road sessions, to daily commutes, gravel grinders, and more. It quickly became my do-it-all rig.

Although the Mr. Pink is first and foremost a road bike, All-City took the term “road” and applied it pretty liberally to what the bike can handle. My commute is a mix of singletrack, gravel, and pavement, and between the bike’s forgiving steel frame and 28C tires, all terrain was manageable on the bike.

The ability to fit a 32C tire makes the Mr. Pink an extremely versatile ride. Braze-ons for fenders round out the package to make it a truly versatile rig. This bike can go from crushing town-line sprints on the weekends to being a go-to commuter on Monday morning. 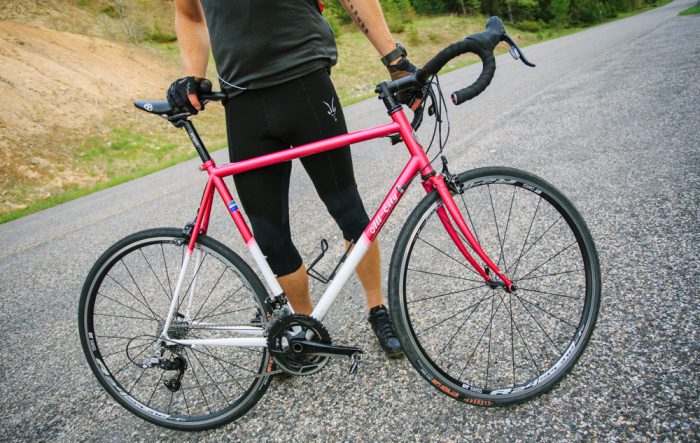 We put the Mr. Pink under a variety of testers to see how it fit for a few different riding types.

Probably most true to its pedigree, one of our riders used the Mr. Pink for hammering city streets for a few days. He noted the bike’s lively feel and the “perfect fit,” and he said the larger tires made short work of rough roads and potholes.

He also noted, quite exuberantly, how many compliments he got while riding. People seem to dig the paint job.

Next, we handed off the bike to a seasoned roadie with a penchant for long rides. He mentioned how nice this steel option felt next to his regular carbon frame.

After taking it up a long ride through Montana’s Hyalite Canyon on twisting climbs he noted how well it ascended and how comfortable the ride was overall. A convert.

Mr. Pink is priced fairly at $1,999. With an impressive spec of SRAM Rival 22, this makes it a bargain compared to similarly-priced carbon bikes. It comes stock with a Salsa bar and stem, tubeless-ready DT Swiss wheels, FSA post, and Clement tires.

Anyone in the market for a bike who values versatility and comfort, but doesn’t want to sacrifice a road-bike pedigree and killer looks, would be wise to check out the Mr. Pink.

If you’re looking to get into the classy pink colorway featured in our photos, 2016 is the last year All-City will have it. A new run of Mr. Pink’s should be arriving at your local bike store soon.

Up Next: Cycling Studied As ADHD ‘Prescription’