Some surprise cities (Lawrence, Kansas?) and some veterans of ‘best of’ lists (looking at you, Portland, Oregon) topped out a survey that assessed more than 500 municipalities nationwide.

Ride a bike in any city and you quickly get a feel for the town’s friendliness to two-wheel transport. From designated bike lanes to the vibe of drivers whizzing past, many factors play into a gut judgment of a city’s bike-ability.

PeopleForBikes adds science to the assessment. Its second-annual PlacesForBikes City Ratings provide a data-driven analysis that “evaluates the safety, appeal, and infrastructure of bicycling in more than 500 communities and provides nationwide rankings.”

Surprises Among 2018 Most Bike-Friendly Cities

City Ratings is likely to cause a stir among cyclists with an upheaval among the top 10 bike friendly cities. Find out where your city was ranked by a new People for Bikes metric. Read more…

And while perennial big-name best-of contenders like New York City and Portland find themselves in other “best bike town” lists (like in Bicycling magazine), PeopleForBikes touts its City Rankings as perhaps the most comprehensive take. Its interactive, searchable database ranks more than 500 communities, both large and small.

As an advocacy group, PeopleForBikes’ motivation is not buzz or reportage on trends. Its mission is to “make bike riding better for everyone across the U.S.” And the organization’s lists and accompanying PlacesForBikes City Ratings tools are built to help guide city leaders to strategically plan and invest in better bike networks.

The City Ratings use a scoring system to rank cities and weigh criteria in the categories of ridership (how many people ride bikes); safety (how safe it is to ride bikes); network (how easy it is for people to get where they need to go); acceleration (how fast the bike network is expanding); and reach (how well the network serves all neighborhoods in the community).

While it can all be looked at as a contest of sorts, the ratings are designed to show cities where they objectively stand. This can provide insight into the types of investments those in charge should make for a better, holistic bike plan, the organization says. 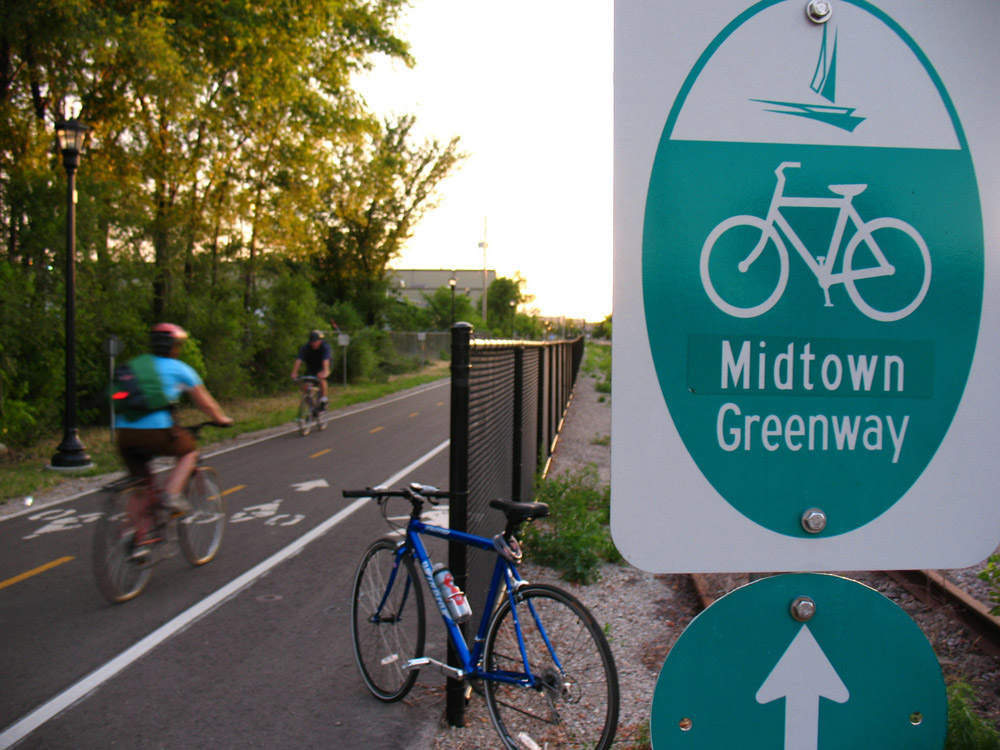 Not a big surprise, Boulder, Colorado, comes out on top. According to Dave Kemp, Boulder’s senior transportation planner, the city has been developing its bicycle network for over 50 years.

“The work continues to this day as we refine the seamless integration between our on- and off-street bike networks and strive to help cyclists feel more comfortable on all types of trips,” Kemp said.

But with last year’s winner, Fort Collins, coming in second, it looks like Colorado — a state known for its singletrack and mountain trails — is becoming a haven for commuters and roadies as well.

Another big note is the rise of smaller towns that many may not associate with a bike-friendly ethos. Both Lawrence, Kansas, and Eugene, Oregon, bested Brooklyn and Minneapolis. And that’s just the top 10. Pull back to the top 20 and you’ll see Ferndale, Michigan, challenging the likes of Washington, D.C.

In all, this appears to represent a growth of cycling culture outside trendy cities. With luck, that trend could help better connect urban and suburban areas in the future. Check out the top 10 below and find the full list here.

Our hometown, Minneapolis — once a top-spot contender — just managed to crack the top 10 after missing the list completely last year. Want to know 50 reasons we think it’s the best bike town? Check out our completely unbiased video.

The list comes from that swirl of data and 184 “calculations” PeopleForBikes performs on each city. Results determine individual category scores and a town’s overall score.

You can read more about the methodology here.