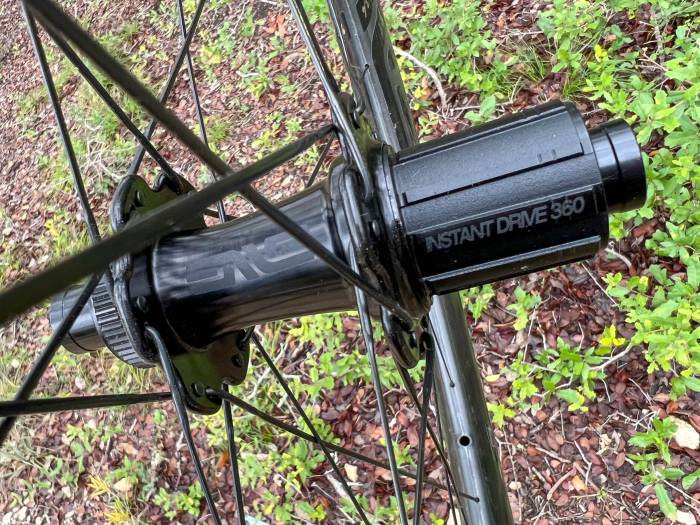 Bicycle hubs are among the more complex components of cycling.

Hubs are found right smack in the middle of wheels and have a lot of responsibilities, particularly in the rear wheel.

Hubs hold wheels together by connecting to the rim through spokes. They also include bearings that allow wheels to spin around an axle and serve as the mounting point for cassettes and disc brakes. It’s a lot to pack into such a little package, especially considering the immense force riders thrust upon them.

Over time, bicycle hub standards, measurements, and features have changed to align with new cycling technology.

We’ll go through some of the latest hub standards and discuss the role of each.

About 15 years ago, hub standards were pretty simple. Back then, pretty much all bikes used small-diameter, quick-release skewers running through their hubs. They consistently measured 100 mm wide in the front and 130 mm in the back for road bikes and 100 x 135 mm for mountain bikes.

Things got murky when the larger diameter and stiffer thru-axle arrived on the scene. Thru-axles sparked a change for mountain bikes to a “standard” 15 x 100 mm axle up front with a 12 x 142 mm in the rear.

Most bikes of the time also had rim brakes, so hubs didn’t have to worry about mounts for brake rotors on the rear. But that, too, was changing.

According to Boyd Cycling, thru-axle proliferation came just as disc brakes began to rise, leading to changes in the mountain bike, cyclocross, and even road arenas.

“For cyclocross, most bikes started off as quick release and then very rapidly moved to thru-axle. This is where the fun began. At first, CX thru-axle was also 15 x 100 mm front and 12 x 142 mm thru-axle rear (same as the MTB ‘standard’),” according to Boyd.

As this was going on, according to Boyd, mountain bikes started to see an increase in 29er wheels that riders could put through more punishment.

“To combat this, there was an introduction of ‘Boost’ spacing, which places the flanges wider to make for a stronger wheel,” Boyd said. Wider hub flange spacing lends more lateral stiffness to wheels, which becomes more critical as the wheel diameter increases due to longer spoke lengths.

Boost spacing brought the width of the hub to 110 mm up front and 148 mm out back.

Meanwhile, disc brakes landing on more road bikes led to the front axle growing to a 12 mm thru-axle to help mitigate braking loads directly on the hub. Most modern disc-brake road bikes still use a 12 x 100 mm thru-axle up front and a 12 x 142 mm in the back.

However, in the last few years, manufacturers have upped the ante further with Super Boost spacing, increasing the axle to 12 x 157 mm. Boost spacing (12 x 148) is still the current mountain bike standard, but many companies are eyeing Super Boost.

According to Nobl Wheels, the flanges are even further apart in Super Boost spacing, so the wheels are more robust.

No hub is complete without a freehub body. The freehub body is the mechanism through which a cassette (gears) mounts to the hub and links up to the drivetrain so that the wheel turns when a rider pedals.

One of the most common freehub bodies is Shimano’s Hyperglide. It features 13 splines that catch the cassette to transfer force. However, interaction with the cassette can damage this freehub body. Over time, the splines can wear down. That can lead to skips and result in eventual failure. When that happens, the only option is a new freehub.

More recently, Shimano rolled out Micro Spline freehub bodies, which use 23 smaller splines to engage the cassette. The freehub bodies don’t slip or wear in the same way as the Hyperglide. They also can accommodate 11- and 12-speed cassettes with a 10-tooth cog.

With its XD and newer XDR freehub bodies, SRAM is also in the freehub game. The XD features a secure interface between the cassette and eliminates marring damage like Micro Spline. It also can accommodate 12-speed cassettes with a 10-tooth cog.

Unless you run a fixed-gear bike, odds are you would like to stop pedaling and just coast. Hub engagement systems are what allow that to happen. There are two main types of engagement systems: pawls and ratchets.

Pawls use small, curved arms that spring open to catch teeth in one direction while gliding over them in the other direction. So, when pedaling, the teeth catch and make everything turn. When coasting, the wheel can spin without impediment.

Pawls only have a couple of contact points, so many riders prefer a ratchet option to increase efficiency.

A ratcheting system, unlike pawls, uses the whole surface of ratchets to make a connection, which results in a more reliable interface that distributes force more evenly.

Now that disc brakes are essentially the law of the land across multiple cycling disciplines, most hubs include disc-brake rotor mounts that come in several varieties. It’s essential to ensure that the disc mounts on your hub match the brake rotors you intend to run. These come in bolt-on or center-lock designs.

Similarly, riders must ensure they have the correct spokes to match their hub. Spokes connect to the hub at the flange. There are traditional J-hook spokes and straight spokes that will only work with hubs designed explicitly for them. 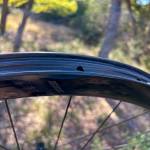 Hookless Wheels, Rims, and Tires: How They Work and Their Benefits

A GearJunkie explainer on how hookless wheels, rims, and tires work. This article covers the compatibility issues and benefits of the new system that may become the standard in all cycling disciplines. Read more…