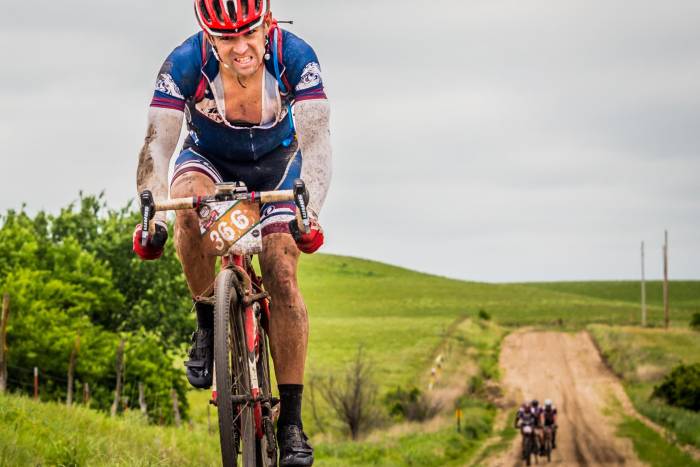 Organizers promised the 200-mile gravel event will remain largely unchanged. But many riders expressed worry the move was a ‘cash grab’ that signaled an end of an era.

In the last few years, we’ve seen big-name adventure events scooped up by even bigger companies. In 2015, the famed Ironman competition sold to Chinese conglomerate Dalian Wanda Group Co. Ltd. And Ironman then bought Competitor Group and the Rock-n-Roll Marathon series held by the company.

Life Time Fitness entered the fray a few years ago when it bought the Leadville Race Series, the run and the bike race in Colorado. And now the ownership carousel turns again — with Life Time gobbling up another hallmark among the endurance faithful: the gravel behemoth that is the Dirty Kanza.

On Tuesday, officials for the event announced the Dirty Kanza would become an event held under the Life Time Sporting Events banner. But organizers quickly assured diehard fans that nothing about the race experience would change.

The Dirty Kanza stands as one of the largest and oldest gravel events in the U.S. Since its inception in 2006, the 200-mile self-supported event has ballooned from 34 riders to more than 2,700. The field even attracts big-name professional road racers including Ted King, Alison Tetrick, and Kaitie Keough.

Initial reactions among the gravel community remained mixed on Twitter, with some riders bemoaning the potential for a “big business” approach to the race. Some cited the Breck Epic as a race committed to its grassroots beginning. Earlier this week, the multiday backcountry mountain biking event announced it would decline a purchase offer from the Ironman corporation.

Quite literally selling th soul of the event for the almighty dollar.

Breck Epic was put to this decision, and the organizer (who I know) made the decision to support the participants, not the corporation.

Despite this, Cummins claimed the sale meant bigger benefits and support for the Dirty Kanza’s racers and hosts.

“Ultimately, the added resources Life Time brings will allow us to continue all that is great about Dirty Kanza for our athletes and the broader Emporia, Kansas, community.”

Cummins went on, touting Life Time’s “proven track record” of bolstering the towns and people that host its events. After participating in the Leadville Trail 100 Run and Bike events in 2018, GearJunkie editors remain impressed with the company’s ability to put on a well-organized event.

According to the announcement, the core event staff, including Cummins, will remain in place for Dirty Kanza. Still, rumors swirled about possible changes to some of the race’s front-facing elements. Velo News reported Life Time might expand the expo area at the start/finish, or add more Dirty Kanza training camps across the country.

The first Dirty Kanza race under the Life Time banner takes place on June 1, 2019. Learn more and sign up here.