LIFT Bikes’ goal is to bring the world of cargo bikes to everyone. To that end, its slick kit converts an existing bike into a cargo bike in less than 60 seconds. 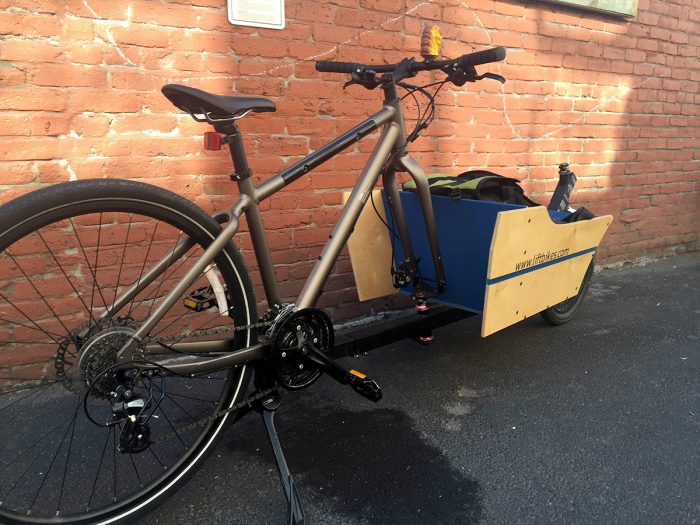 This past weekend, I met Scott Taylor, founder and brains behind LIFT Cargo Bikes. As a full-time bike commuter, avid farmers market-goer, and soon to be mom, I was excited to test out the LIFT system for a brief time.

The brand is currently fundraising on Kickstarter, and has already surpassed its funding goal with more than $70,000 raised.

Within 30 seconds of riding the bike outfitted with a LIFT conversion, I felt both secure and comfortable.

The cargo box can carry up to 150 pounds. I tried it both with no weight and with 50 pounds in it, and it actually felt more stable with the added weight. Both turning and stopping were very easy. Parking the bike was a non-issue, because of the wide, stable kickstand. 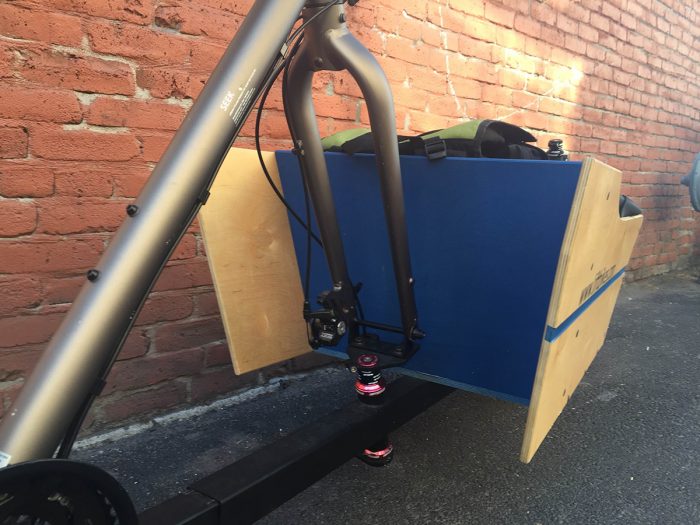 The frame of the kit attaches to the front fork of most bikes. It’s made of steel, a durable, long lasting material. The bike has heavy duty tires, disc brakes, and a very strong and stable kickstand, making it possible to load it up without worrying about it tipping over. The box is made out of eco-friendly Baltic Birch Plywood and is big enough for a large load but not too big to overpower you. 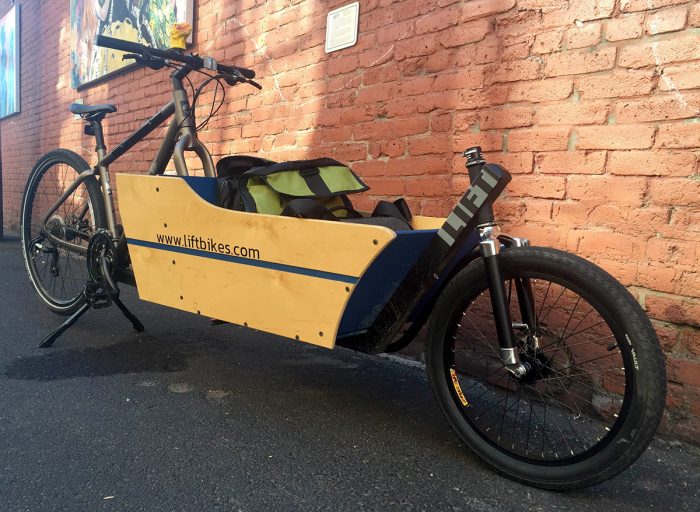 Scott’s primary goal for making the cargo bike was affordability, which helps eliminate the excuse of budget limitations. With this system, someone who doesn’t own a car can have their own “grocery getter” for under a grand.

The LIFT Cargo bike comes in at $900, also a lot less expensive than the leading front-loading cargo bikes out there ($3,000-$4,500). However, what I like even more than the price is that it can attach to ANY bike, making it easy to go from bike to cargo bike to storing it in your garage.

The brand claims the LIFT works with steel, titanium, and aluminum bicycles that meet the following standards: 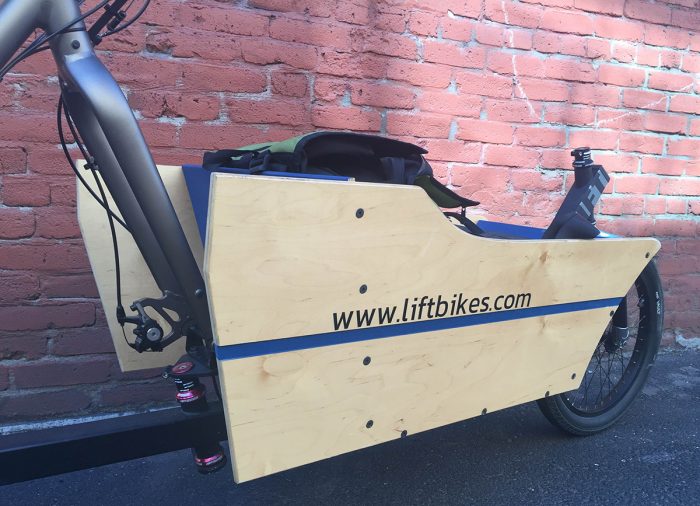 The cargo bike kit will be ready to ship in spring of 2017 and will retail for $900. It’s a unique option for those who want to haul lots of gear, or groceries by bike, without adding another complete cycle to their quiver.