Climb a 14er? Sure. Mountain bike down one… that’s a different thing altogether.

Most of Colorado’s 58 peaks over 14,000 feet are in Wilderness Areas where bikes are not allowed. But a few can be ridden, and that’s exactly what Whit Boucher and Ian Fohrman aim to do this summer.

The project is called simply “Bike The 14ers,” and it includes the 18 peaks that are legal and fair game, from Mount Sherman (photo above) to the state’s highpoint of Mount Elbert at 14,440 feet. 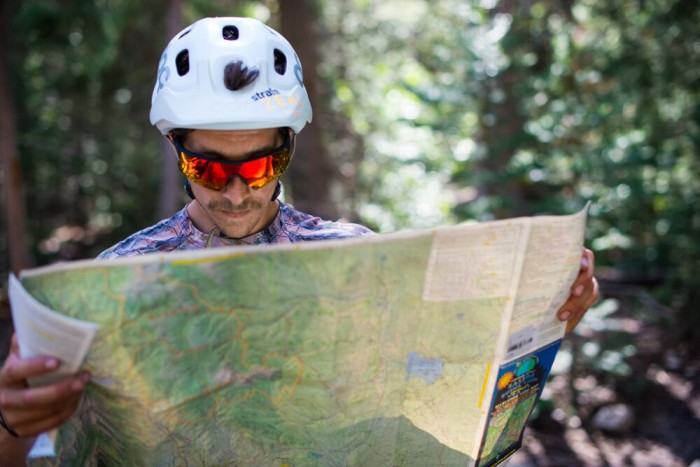 Where did the idea come from? “The project started with a rumor,” Fohrman said. “There was word floating around that Mount Elbert was actually a good bike ride.”

The pair of adventurers were skeptical at first. They pictured a mountain of unridable scree and hours of hike-a-bike. “We decided to go for it anyway,” said Fohrman.

Sure enough, while slogging bikes up the steep slopes of Elbert, the men found mixed riding options with sections of unridable scree, but also a lot of bikeable terrain.

They made the summit then found a line. Said Fohrman, “We didn’t have any idea how amazing it would be freeriding at 14,000 feet.”

He described the Elk Mountains spanning below as the pair rode down thousands of vertical feet on rock and climbers’ trails.

So far, the pair has tackled 14ers including Antero, Sherman, Democrat and Elbert. (See Fohrman’s full Mount Elbert trip report here.) They have quite a few peaks to go, but don’t have a strict timetable for rides.

Said Fohrman of the project: “Every day is a surprise. We sit around the campfire the night before joking about how brutal it’s going to be or firing each other up with premonitions of incredible riding. Usually the next day brings a bit of both.”