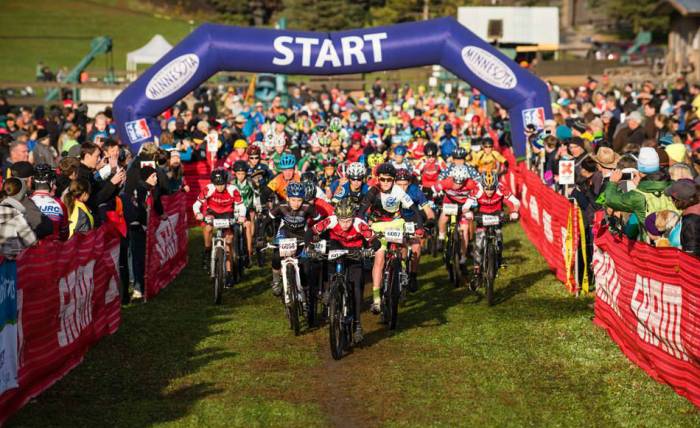 The air is chill, the skies mottled and gray. A crush of parents and teens cheer on their favorite athletes. But instead of scoreboards, pads, and cheerleaders, this burgeoning high school league showcases spokes, cranks, and speed.

As I’ve quickly learned, the MNHSCL is one of 19 leagues spread across the country. And though popular (over 1,000 riders, more than a 30 percent jump from last year), it’s just a small faction within the National Interscholastic Cycling Association (NICA).

NICA and its affiliate leagues continue to draw student-athletes from traditional school sports. It’s now one of the country’s fastest-growing sports, competing with the likes of rugby, track and field, and (surprisingly) clay shooting.

So what’s the big deal with high school mountain biking? Turns out, the sport has tremendous upsides.

This year, in a sport that awards thousands of points each race, the final state championship race was decided by just 104 points. These racers aren’t just good bikers, they are potential Olympians.

Since its debut in the Olympics in 1996, mountain biking has continued to grow. Pro races in many disciplines are held worldwide. Today’s high school racer could be tomorrow’s medalist. Case in point: League alum and U.S. track cycling silver medalist Kelly Catlin fired the starting gun to kick off this season as the honorary starter.

Cycling is one of the few activities where parents can join their kids. Not every mom or dad can throw a spiral, curve ball, or nail a slap shot. But just about everyone can pedal, and therefore try out flowy singletrack. Almost anywhere there’s a cycling league, there are parks where parents and kids can ride around singletrack at no cost.

If, like me, you haven’t heard of NICA, don’t feel bad. The organization just celebrated its 7th birthday. Most leagues around the country, excluding California where NICA started, are even younger. Minnesota just turned 5, and Pennsylvania just wrapped up its first year.

No one rides the bench, no one misses the cut. That’s part of the league’s core values. Not only does everyone who signs up race, but each league offers several try-it-out sessions during the year so would-be riders can get acquainted with the sport.

You Don’t Need a Bike

Not everyone has a bike. NICA has initiatives to provide riders in need the equipment necessary to get on a bike and into the race. National and local private sponsors help fund scholarship and equipment provisions.

Each league is composed of high school teams. Riders wear kits like uniforms and cheer one another on, just like any team sport. But every rider is also out there for her- or himself, turning laps for the best finish they can.

All Skill Levels and Abilities

There is no varsity or junior varsity squad. Everyone races. One of Minnesota’s MTB ambassadors, Ellie Hedlund, has Type 1 diabetes and races with an insulin pump. She’s helped spread the word that mountain biking is both accessible and challenging.

“This is not an easy sport,” she told us after her last race. “There will always be bad races, but in my experience, the good makes up for the bad. Just get on your bike and ride.”

Various surveys put mountain biking in different positions within the context of high school sports participation. But the number of athletes under the NICA umbrella is skyrocketing. Since its launch in 2009, when 568 riders registered, the number of total student-athletes has ballooned to over 10,000.

2 Seasons for All Athletes

NICA’s leagues span both a spring and fall season, so multi-sport athletes can join their local league even if they have a second sport.

NICA has the support of thousands of volunteer coaches and parents who help make the sport possible. Those efforts have helped earn the attention (and money) from large sponsors that will grow the sport even further.

This year, Trek announced a major sponsorship program with NICA. For every Bontrager mountain bike tire the brand sells, it will donate one dollar to NICA. Through this effort, the company pledges $1 million over the next five years.

Most importantly, mountain biking is coming into focus as an excellent activity for youth, particularly those with ADHD. Studies have suggested a link between sustained physical activity and decreased instance of ADHD, and mountain biking is a prime opportunity for exercise. 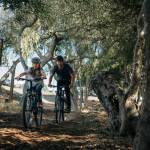 Unlike most ball sports, which have clock stoppages, substitutions, or periods of inactivity, mountain bike races don’t take breaks. High school races can last up to an hour-and-a-half. The link is so strong, in fact, that Specialized founder Mike Sinyard this year announced his foundation would fund research into cycling’s effect on ADHD in youth.

Interested in learning more? Check out NICA’s website about how you can get involved. And see what’s new with your local affiliate here.