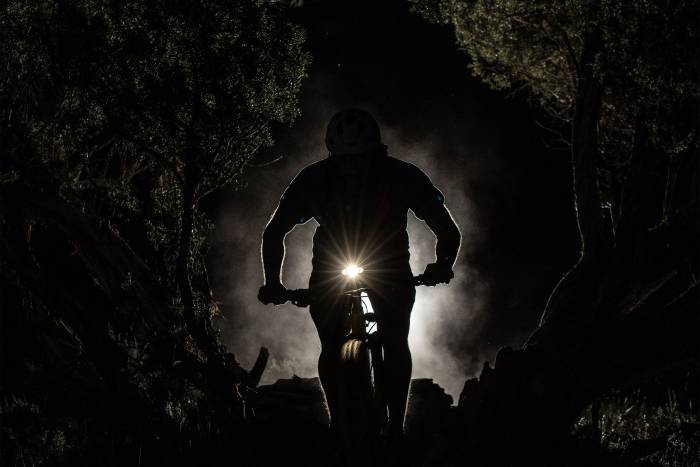 Mountain biking at night could get a little better if a new light launched today can deliver on its promises. Mystic Devices, a small startup brand, introduces a light that predicts and shines in the direction you want to go.

As the days get shorter but ground stays dry, mountain bikers hoping to stretch their seasons will start turning to lighted rides. That means powerful lamps mounted to handlebars and riding in tunnels of light. 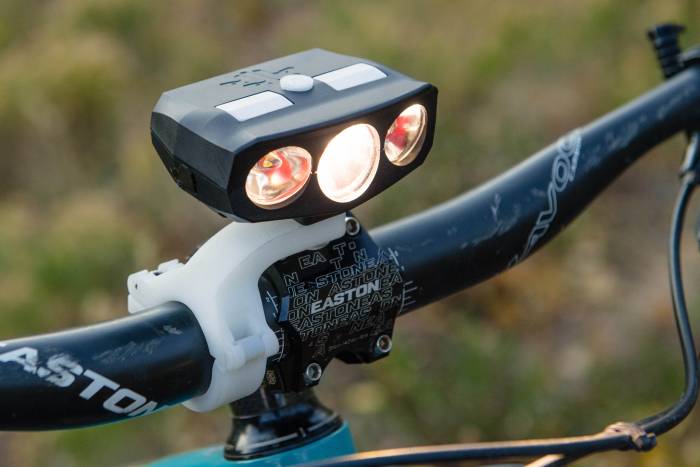 And for those die-hards getting after it at night, Mystic Devices aims for a new lighting innovation: the Hydra3.

The Hydra3 bike light uses what the brand calls “terrain-adaptive technology.” In it, electronics and software “sense your motion and automatically steer the light around corners like the headlights on high-end luxury cars,” according to Mystic Devices. 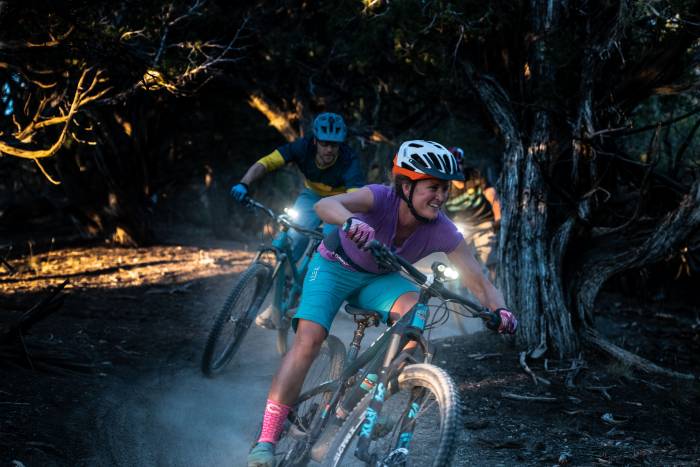 The goal of the brand is to allow riders to possibly ditch their helmet-mounted lights. A lot of riders use both a helmet light and bar light to illuminate the trails because the helmet light definitely looks where you’re looking. In theory, this light could make one-light rides the norm.

I know what you’re thinking: The bike light should point where you go when you turn the handlebars. But that’s not quite accurate. You don’t steer a bike by turning the bars. You steer it by leaning. This is called countersteering. The video below explains the concept pretty well.

We first learned about the Hydra3 at The Pitch, a startup competition GearJunkie sponsored at the Wayfinder Co-op in Denver. Mystic Devices won that event. A panel of expert judges, including gear designers and venture capitalists, chose it as the top prospect.

And today, the brand launched its Kickstarter campaign. It hopes to raise $75,000 to bring the Hydra3 to market.

While the idea of a bike light that points where you’re going makes good sense, it has a somewhat hidden benefit: It also saves power.

This is because, according to the brand, the light can shoot a narrower beam than most lights. It doesn’t need as wide a flood because it lights up only what you need to see, thus using less energy. This saves weight, as a smaller battery will still provide sufficient illumination. The brand’s pitch video, below, goes into more depth.

As for brightness, the Hydra3 puts out the equivalent of 900 lumens. It has an IP64 water-resistance rating and runs for two hours on high using its internal battery. You can also run external battery packs to the light, which gives users the option to carry more batteries for longer rides. 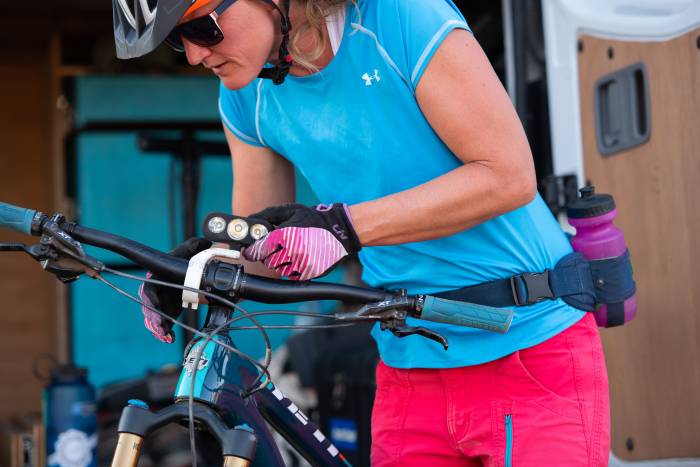 So how does the light know where to project lumens? Here’s the brand’s explanation:

“Inside the Hydra3 is a micro-controller and a set of sensors that continuously estimate the motion of your bike. It’s able to detect smooth straight sections, tight switchbacks, fast corners, and extremely technical terrain where your handlebars are moving quickly. Based on the motion of the bike, the internal algorithms digitally steer the light to the most optimal part of the trail or road by smoothly blending the three different LEDs.”

Without using one of these (and GearJunkie has only briefly seen a prototype), it’s hard to guess how actual field performance would pan out. But the idea is promising.

If you’re into the concept and want to get on the front end of this new product, you can grab one for $149 on Kickstarter (about 15 percent off the retail price). We hope to get our hands on one soon to put it through the paces as daylight wanes this fall.