The Pinarello Dogma F aims for the podium at this year’s Tour de France. But the brand says it’s perfect for the average cyclist, too — so long as they have a thick wallet.

Pinarello bikes have been the trusted weapon of seven of the last 10 Tour de France winners. Let that sink in for a second. That’s 70%.

In fact, up until 2020, the company had been unbeaten for 5 straight years. (Leave it to the pesky Tadej Pogacar on his equally pesky Colnago steed to snap that streak.)

In hopes of returning to the top spot on the podium in 2021, Pinarello has launched a “super bike” that is designed to carve up every surface of the Tour: the Dogma F. 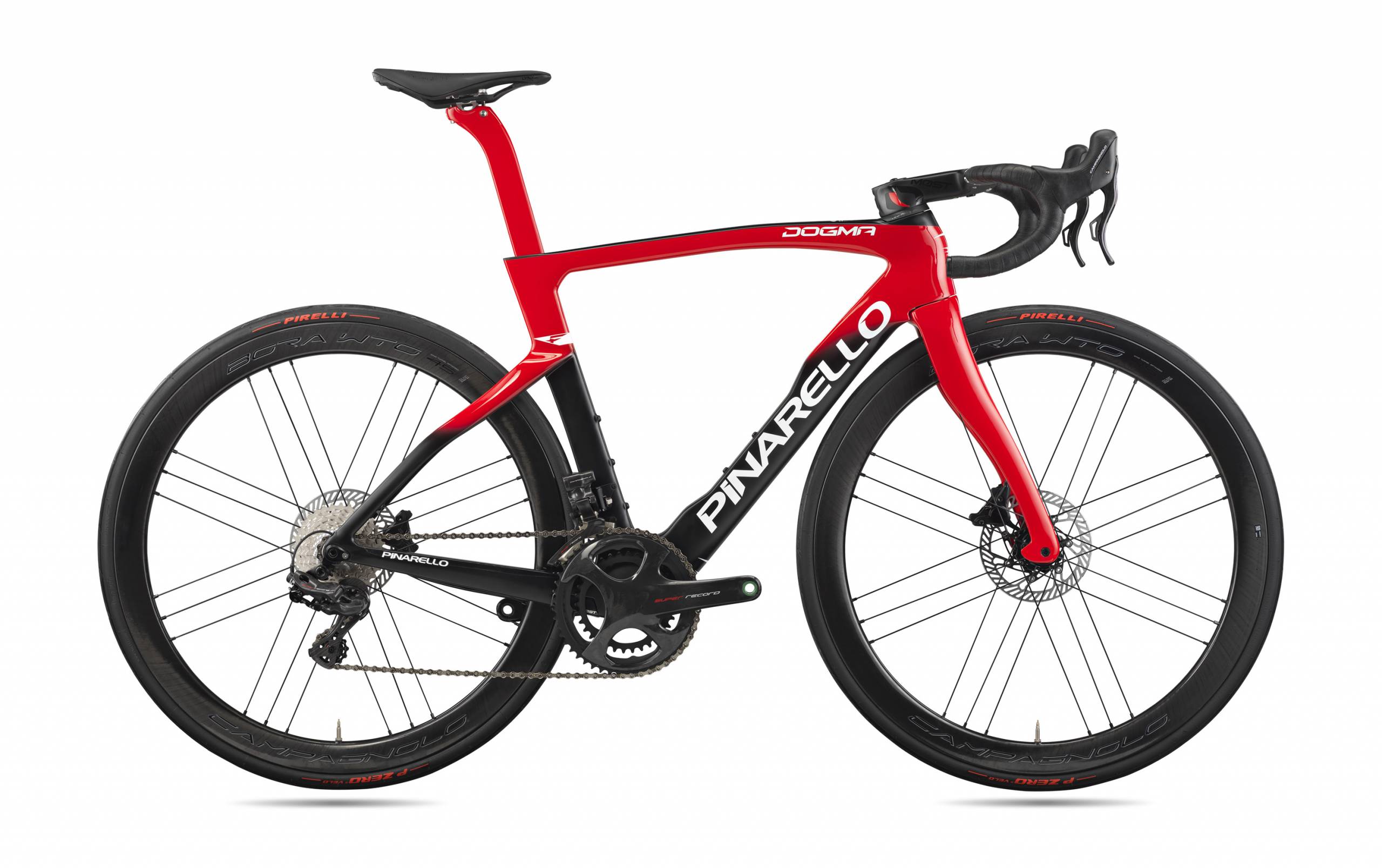 The design of the bike follows Pinarello’s asymmetrical design ideology — meaning the drivetrain is only on one side of the bike.

The bottom bracket is 12% stiffer, and the overall weight of the full disc frame kit comes in at 265 grams less — about 11% lighter — than the F12. That weight savings is due in large part to 3D printed titanium components, and a laser focus of the seatpost, headset, fork, and cockpit.

But, here’s the crux of the story: Pinarello says the Dogma F is perfect for every type of rider across every type of terrain — whether its riders are climbing, descending, or railing corners. Pinarello also designed it to fit riders with far more precise specifications than other bikes.

Well, maybe “every rider” is a stretch. Every “well-heeled” rider might be more accurate, with builds coming in close to $15,000.

The frame itself comes in 11 sizes. Additionally, Pinarello offers 16 handlebar sizes and two setback seatpost options that combine for 352 unique sizing setups for a tailored fit that is hard to find elsewhere.

Cyclists can purchase the bike in a custom setup with a wide array of groupset and wheelset options. Or, cyclists can choose the RED ETAP AXS model, which features the SRAM Red ETAP AXS 12-speed groupset and the Fulcrum Speed 40, 700c wheelset. 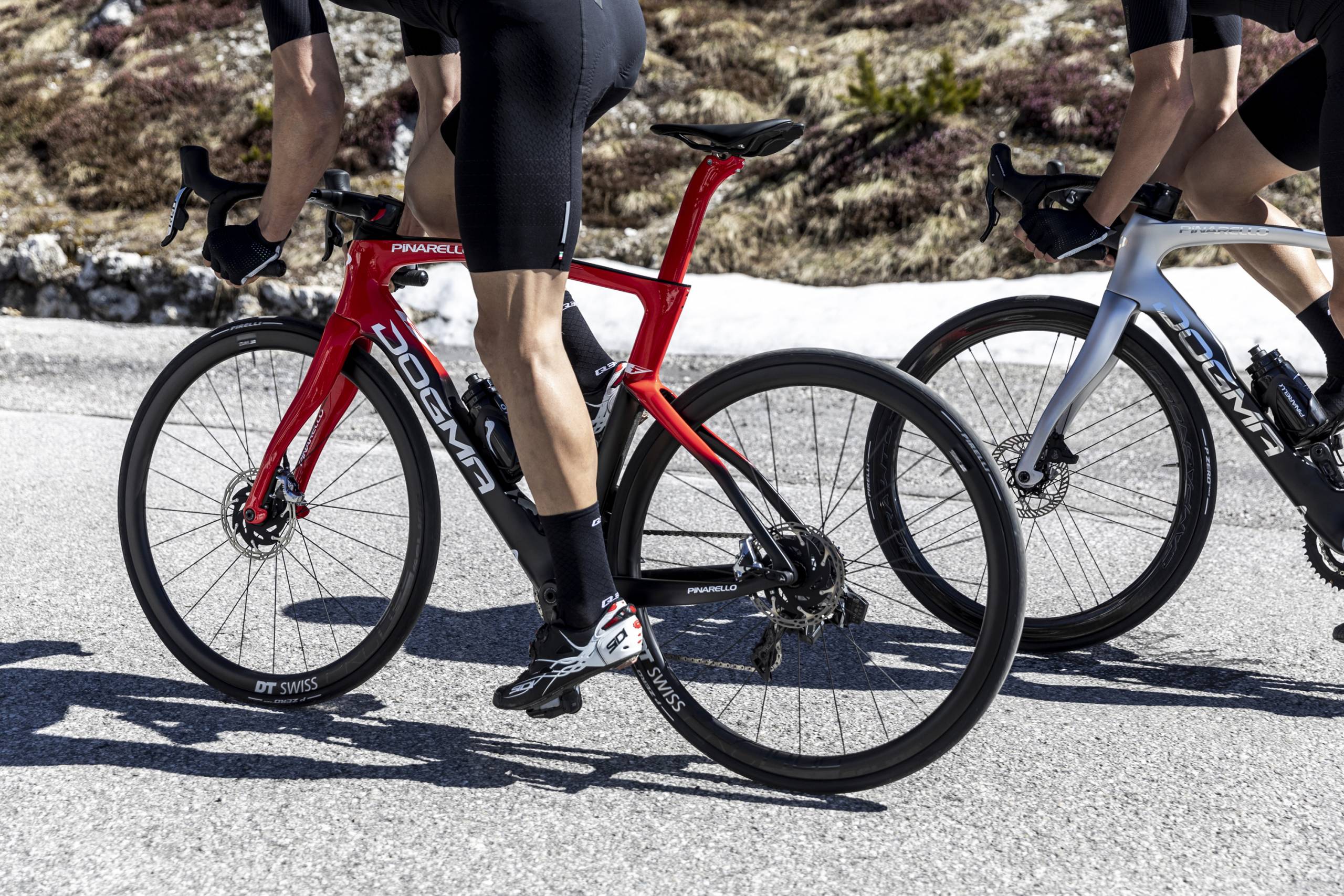 “This is the culmination of all of our skill and experience, a masterpiece of engineering that offers advancements in handling, comfort, and aerodynamics all wrapped in a package that can climb, descend, and sprint with equal flair,” Pinarello said. “Whatever the road throws at you, the Dogma F is always the right bike.”

Pinarello’s record speaks for itself. You don’t win the Tour de France consistently without a quality bike. Period.

If you’re looking for a beast of a road bike, it’s safe to say the Dogma F won’t let you down. But if you find yourself unsure, you only have one more month to wait until you can see Pinarello put its money where its mouth is. So get your cowbells ready.

The Best Bike Phone Mounts of 2022

Whether you’re out for a quick romp on the singletrack or you’re in the midst of an all-day road ride, a bike phone mount is a game-changer for anyone who wants easy access to their device while biking. Read more…