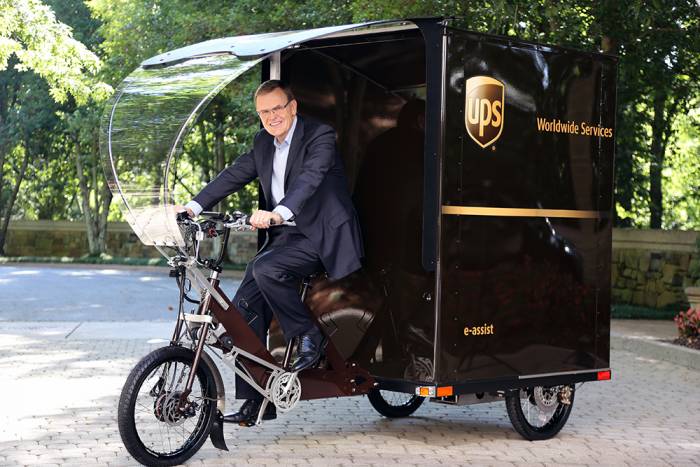 The traditional bike messenger rig is about to get a lot bigger and a lot browner.

UPS announced this month that it began testing e-tricycle delivery this November in Portland, Ore., (of course).

How the global parcel courier managed to keep it a secret is astounding. I mean look at this rig! 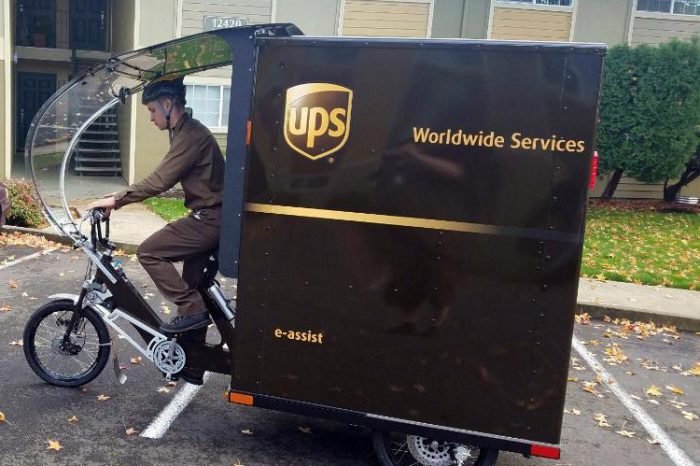 Bike delivery is nothing new. Major metro areas around the U.S. have embraced bike messengers for their speed and efficiency in navigating urban landscapes.

But the UPS Cargo Cruiser takes it to a much larger level.

According to UPS, it launched this first U.S. eBike test program on Nov. 21. The test is part of the company’s “Rolling Laboratory,” a testing program for alternative-energy vehicles.

It first debuted its Cargo Cruisers in Hamburg, Germany, in 2012. That program proved successful and UPS renewed the Cruisers’ use there into 2017. 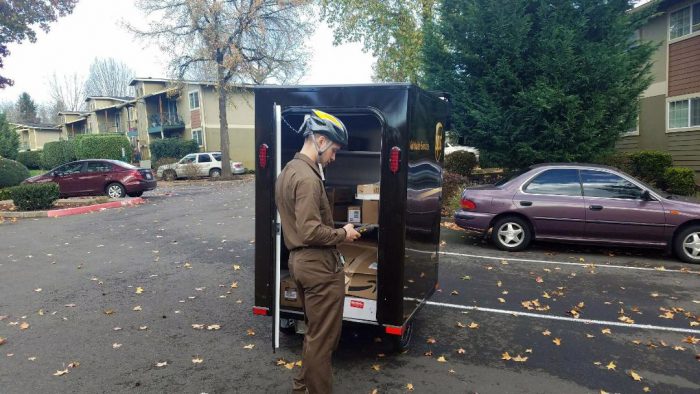 Drivers can run the covered e-trikes entirely on pedal-power, or in conjunction with the electric motor.

The Cruiser is reportedly a custom modification of the Portland-made Truck Trike. It can haul a whopping 600 pounds—in addition to a 200-pound driver.

Portland was a natural fit for testing in the U.S. It’s consistently a top cycling city by most rankings. It’s also a UPS hub for non-motorized, seasonal bicycle delivery.

Believe it or not, cycling is in UPS’s DNA.

The company plans to test more e-trikes around the country in 2017.